North and South Korean leaders meet again at the DMZ 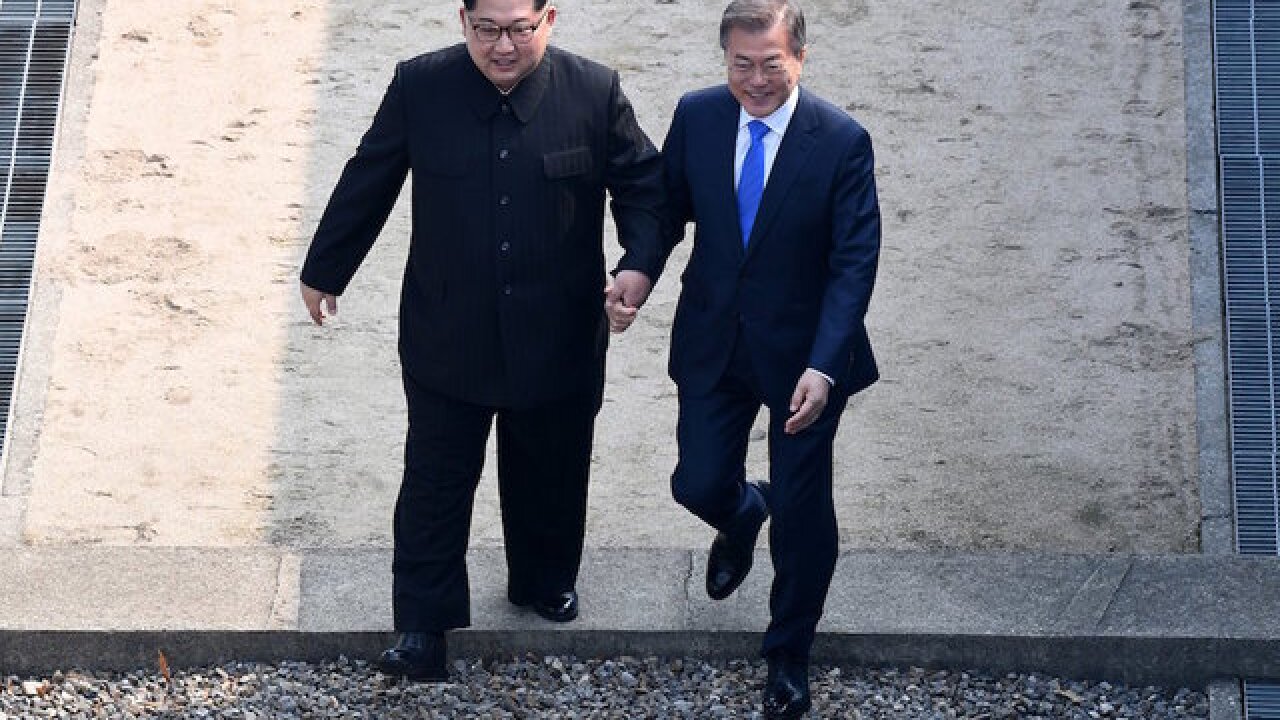 The two leaders "exchanged their opinions" on among other things successfully carrying out a future US-North Korea summit, according to the statement. President Donald Trump canceled a June 12 summit with Kim this week, then told reporters Friday he's still open to a meeting.

Saturday's meeting at the DMZ follows a daylong summit last month in which Moon and Kim embraced, planted a tree and talked alone for more than 30 minutes. In that meeting, they also signed a declaration that commits the two countries to denuclearization and talks to bring a formal end to the 65-year-old conflict. It was the first meeting between leaders of the two countries in 10 years.

In separate speeches, Kim and Moon promised a new era. Addressing the world's media live on television for the first time, Kim said the Koreas "will be reunited as one country." Moon said: "There will not be any more war on the Korean Peninsula."

A final peace deal for the two Koreas must also involve China and the United States, both of whom were participants in the original conflict that began in 1950 when the North invaded the South. An armistice was signed in 1953, but no formal peace treaty was ever concluded, and technically, the peninsula remains at war.

Trump said in a tweet Friday that the United States is "having very productive talks with North Korea" about the summit.

"We are having very productive talks with North Korea about reinstating the Summit which, if it does happen, will likely remain in Singapore on the same date, June 12th., and, if necessary, will be extended beyond that date," Trump wrote.