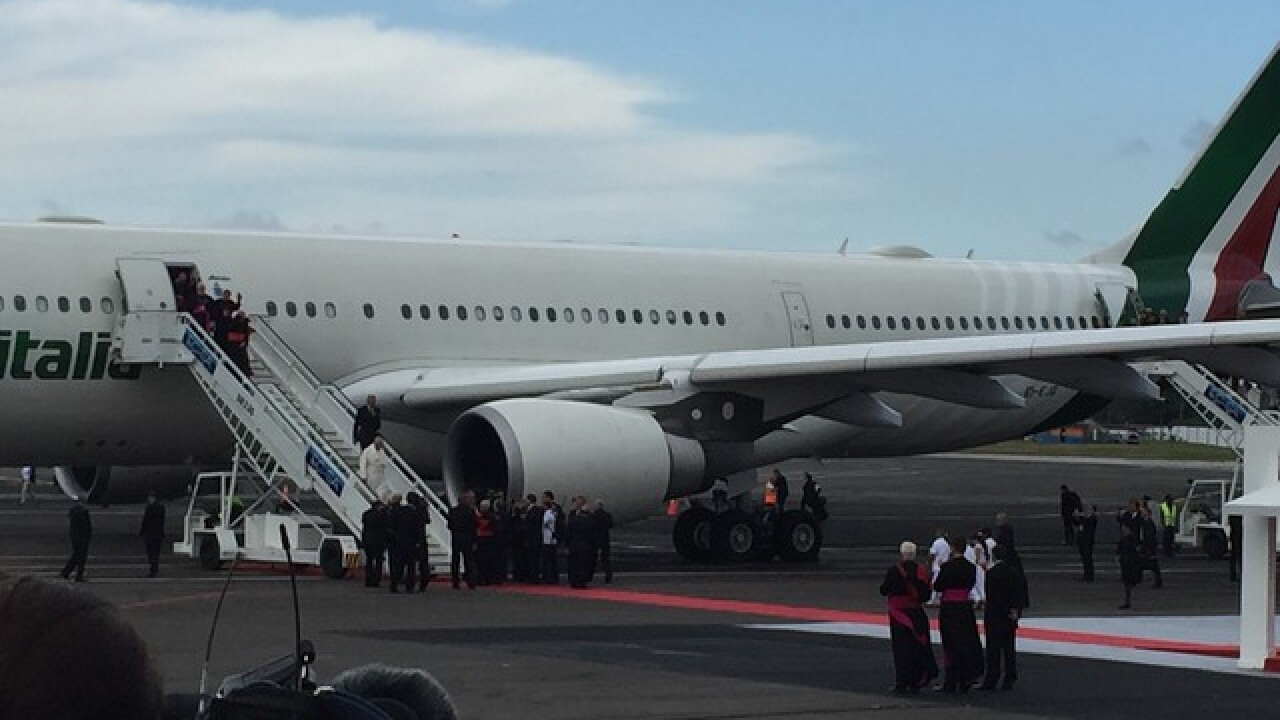 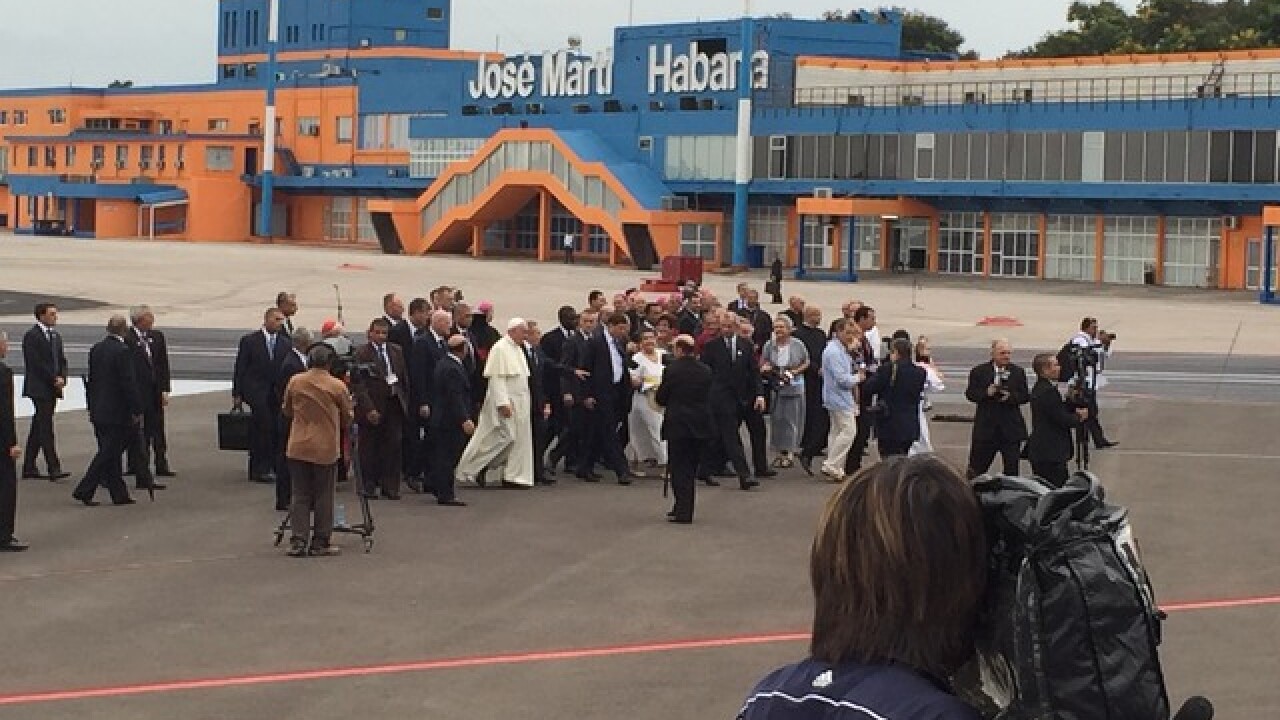 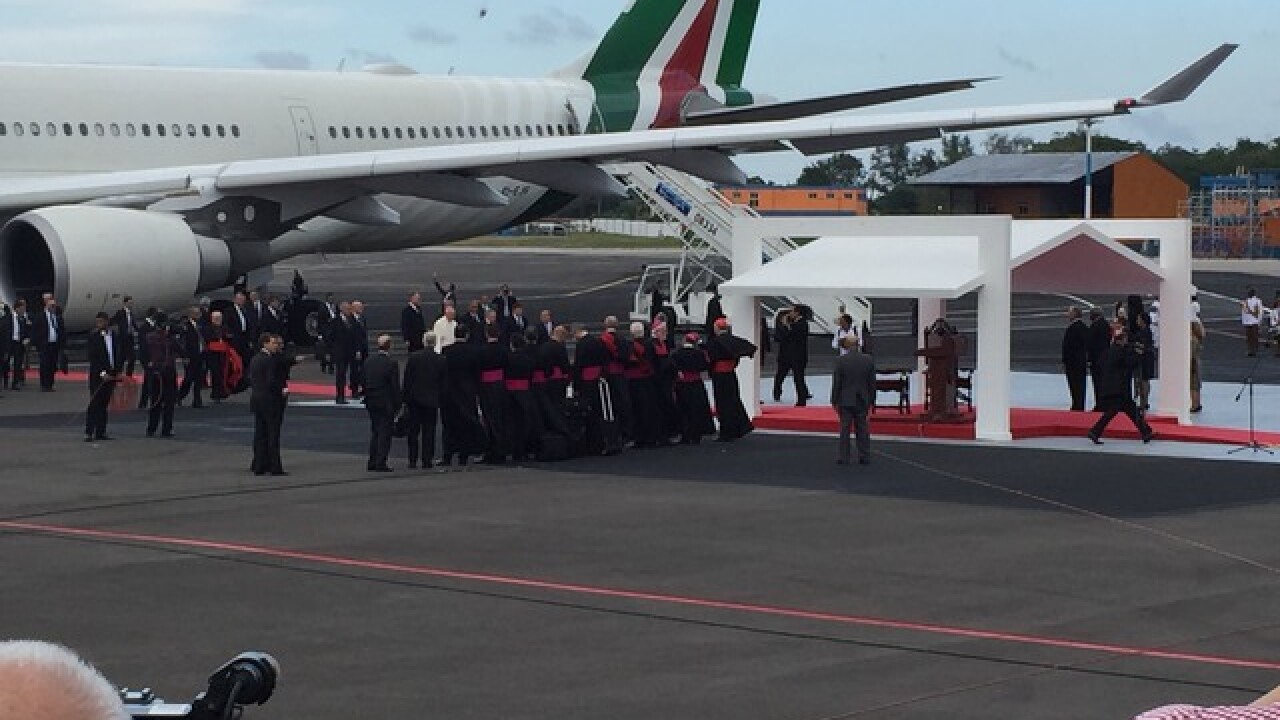 After months of preparation and waiting, Pope Francis has finally stepped foot on Cuban soil. Possibly an indicator of how this Pope has appealed to the masses, including young people, a group of teenagers were waiting, chanting for the Pope just before he got off the plane.
SCROLL DOWN FOR A LIVE BLOG COVERING EVERY ASPECT OF THE POPE'S VISIT
He was greeted by Cuba's President Raul Castro.  Military members fired cannons as the Pontiff took a seat on the throne awaiting him on the tarmac.
President Castro spoke for about ten minutes welcoming Pope Francis and his speech was not without political business.  Castro even acknowledging Pope Francis' role in global change socially and politically.
"We have expressed our appreciation for your support to the United States-Cuba dialogue," said Castro.  "The reestablishment of relations has been a first step in the process toward normalization of the relationship between the two countries."
Castro even talked about the relations between the government and the Catholic Church in Cuba developing more than ever before.
Pope Francis stood from his chair to a roaring applause by the select few who were allowed on the tarmac to greet him with the Air Italia plane he flew in on as the backdrop of this historic visit.
Pope Francis has a busy schedule for the four days he is in Cuba including Holy Mass at Plaza de la Revolucion in Havana at 9:00am.
Tuesday afternoon he is scheduled to fly to the United States where he will spend his eight day trip in Washington, D.C., New York and Philadelphia.
Scripps Only Content 2015