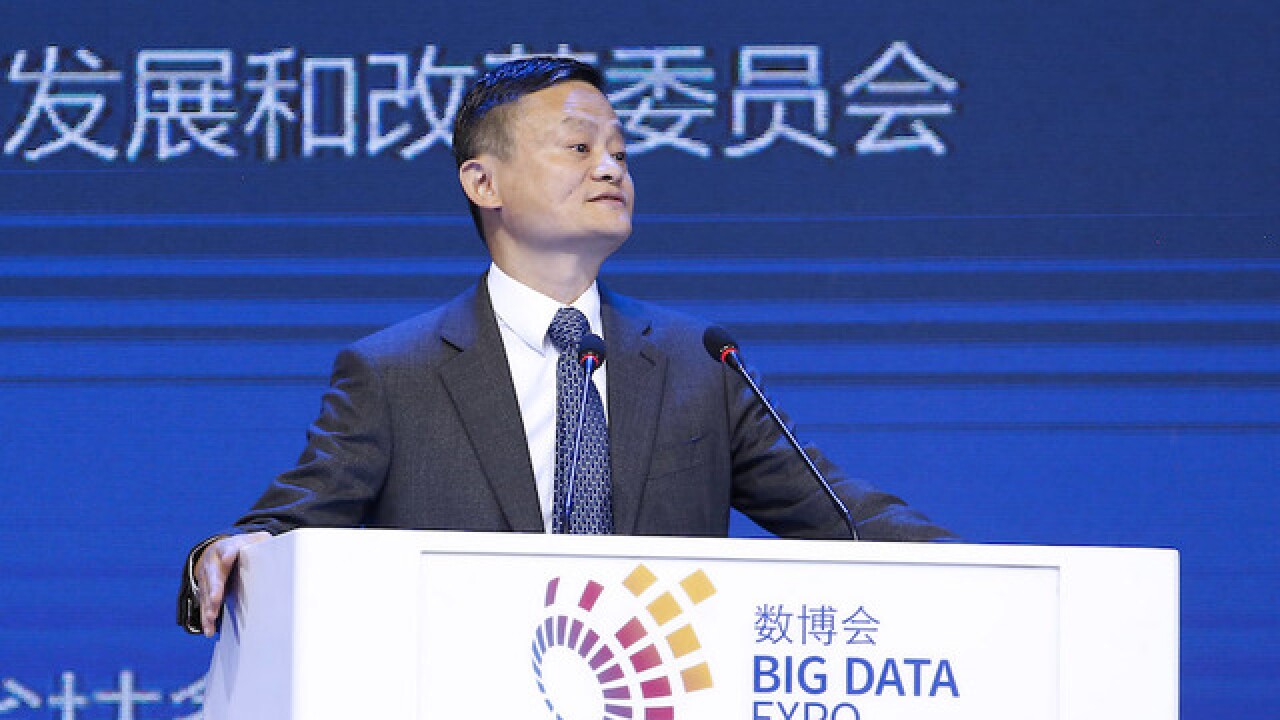 Jack Ma, a billionaire pioneer of China's internet industry, will step down as Alibaba's executive chairman next year to make way for the company's next generation of leaders.

"No company can rely solely on its founders," Ma said in a letter Monday to customers, employees and shareholders. "Because of physical limits on one's ability and energy, no one can shoulder the responsibilities of chairman and CEO forever."

A former English teacher, Ma started Alibaba nearly two decades ago in his apartment and built it into a $420 billion business. The e-commerce company said CEO Daniel Zhang will succeed Ma in 12 months' time.

With a net worth of around $40 billion, Ma is one of the richest people in China. He maintains a high profile, speaking at conferences around the globe and rubbing shoulders with world leaders.

Ma, who will remain on the company's board of directors until 2020, said he has spent the last 10 years preparing for this succession plan, working to identify and develop the right talent inside Alibaba.

"Teachers always want their students to exceed them, so the responsible thing ... for me and the company to do is to let younger, more talented people take over in leadership roles," he said.

Zhang, who is 46, joined Alibaba in 2007 and held a range of senior management roles before taking over as CEO in 2015.

Ma gave up the CEO role in 2013 and in recent years has found time to work on other projects, including philanthropy and performing in a kung fu movie.

He said on Monday, his 54th birthday, that he wants to return to education, adding that he is still young and has "lots of dreams to pursue."

Even after stepping away from Alibaba's senior management and board, he is expected to continue to shape the company's future through his lifetime membership of the Alibaba Partnership, a group of 36 people that can nominate a majority of the directors to the board.

"It doesn't really matter what his title is, he'll always have that founder street cred within the company and the market," Clark said.

The announcement of his departure comes at an uncertain time for Chinese tech companies. The stocks of Alibaba and other top firms have been hit by concerns about the health of China's economy and Beijing's increased scrutiny of the sector.

Amid the turmoil, the 12-month period before Ma hands over to Zhang will enable a smooth transition at Alibaba, Karen Chan, an equities analyst with Jefferies, wrote in a research note Monday.

Alibaba started out in 1999 as an online marketplace to connect Chinese businesses with one another. It has since expanded dramatically to become China's biggest tech company, helping merchants sell everything from luxury goods to fresh groceries to the country's growing number of online shoppers.

To handle the high volume of transactions, Ma set up Alipay, an online payments platform that allowed customers to pay for goods using a digital wallet. Alipay, now part of Alibaba-affiliate Ant Financial, is China's most popular digital-payment service.

Alibaba went public in 2014, raising $25 billion on Wall Street in the world's largest ever IPO.

The company has become an aggressive tech investor, pouring money into video streaming, online food delivery, dockless bike-sharing and ride-hailing start-ups in China and beyond.