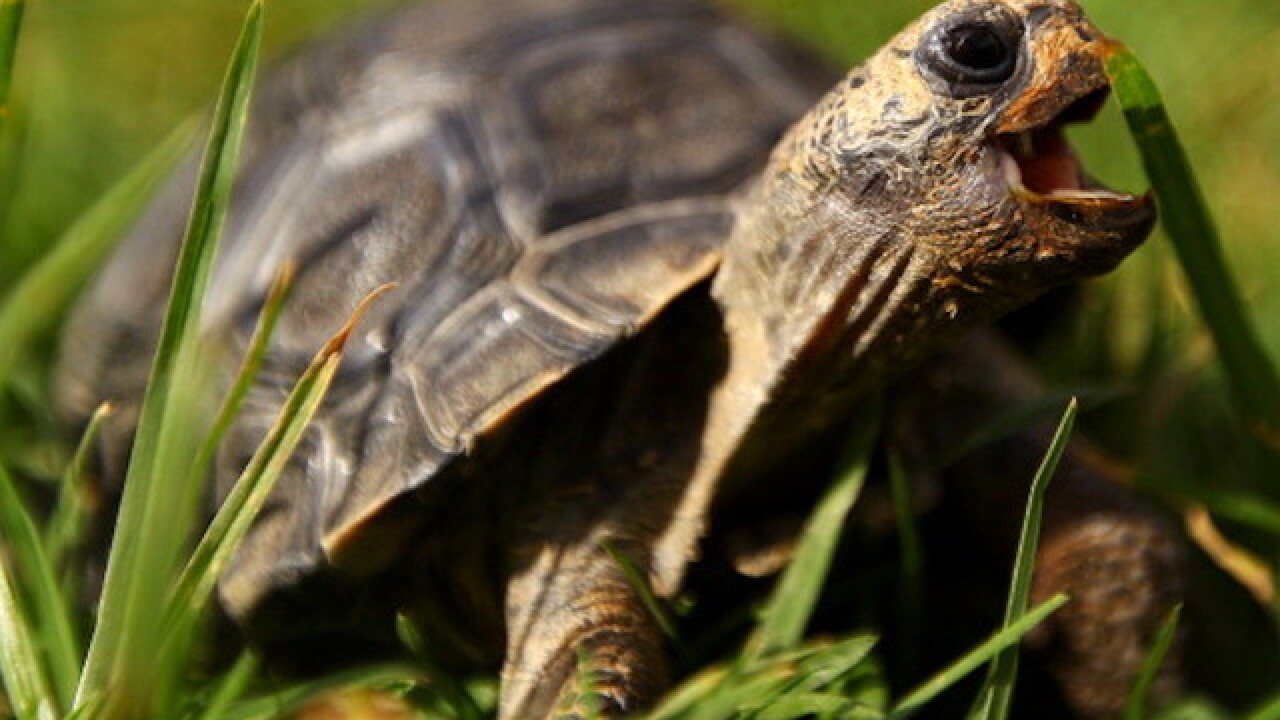 Copyright 2017 Scripps Media, Inc. All rights reserved. This material may not be published, broadcast, rewritten, or redistributed.
Mark Kolbe
<p>DUBBO, AUSTRALIA - APRIL 20: "NJ" a one year old galapagos tortoise eats grass at Taronga Western Plains Zoo on April 20, 2012 in Dubbo, Australia. The popular 35 year old Dubbo zoo is set in 3 square km of bushland and is home to over 700 animals. (Photo by Mark Kolbe/Getty Images)</p>

A Galapagos giant tortoise estimated to be about 130 years old is returning home after having so much sex that he saved his species.

Diego, part of the Chelonoidis hoodensis species that lives on the Galapagos island of Espanola, was one of the tortoises brought to the U.S. between 1928 and 1933 and was later placed into the Charles Darwin Research Station for protection after the species was declared critically endangered in the 1960s, according to the San Diego Zoo.

Diego spent 30 years at the San Diego Zoo's breeding program before he returned back to Ecuador in 1977, joining his fellow tortoises at the Charles Darwin Research Station.

Ecuador’s Environmental Ministry announced Friday that it decided to end the 40-year captive breeding program on Espanola Island, demonstrating the recovery of habitat conditions and of the tortoise population, according to the Galapagos Conservancy.

The population went from 15 to 2,000 tortoises due to the program, according to the conservancy. As many as 40% of the current population of tortoises are thought to be descendants of Diego, San Diego Zoo officials said.

The management program is also about to implement ecological restoration of the island, which includes the eradication of introduced species and the regeneration of cacti.The island's ecosystems are currently adequate to support the growing population of tortoises, the conservancy said.

Closing the breeding program will include the return of the 15 original adults -- 12 females and two males -- originally found on the island, who will then be released in their natural habitat in March after a quarantine period to eliminate risks of seed dispersal from plants that are not typical of the island.

The species is still listed as critically endangered on the International Union for Conservation of Nature's Red List.