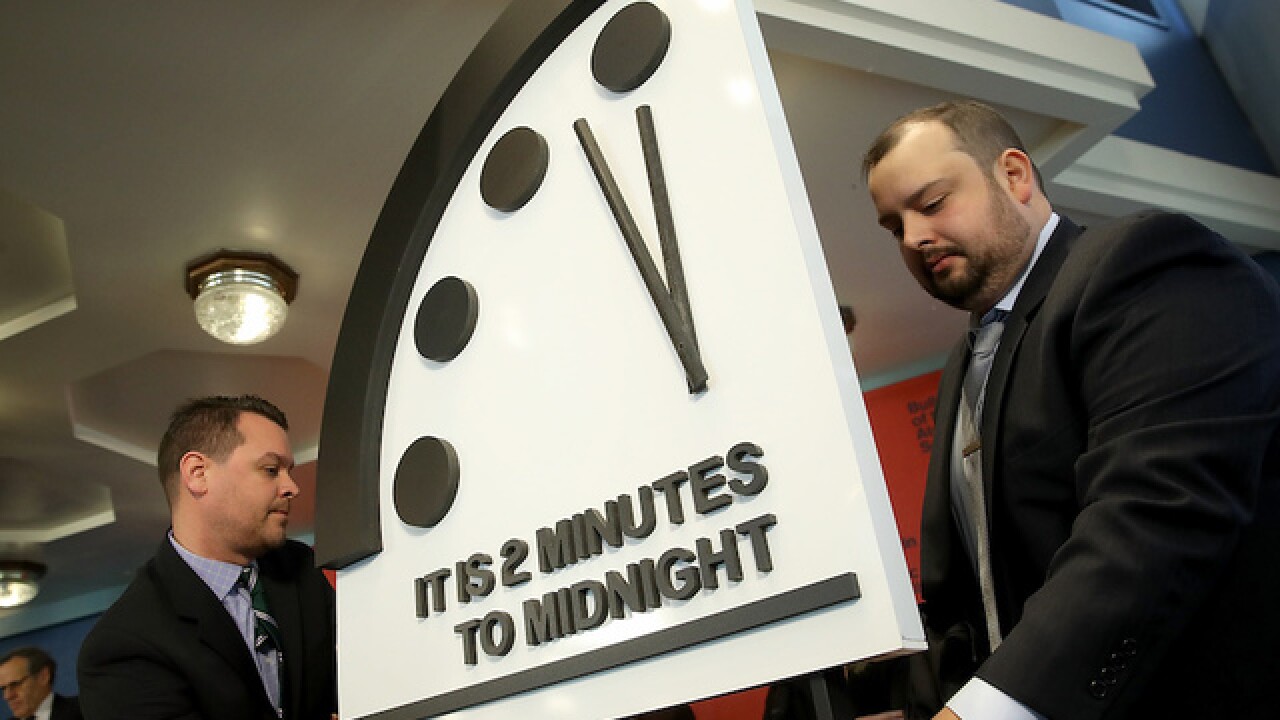 Copyright Getty Images
Win McNamee
<p>WASHINGTON, DC - JANUARY 25: The Bulletin of the Atomic Scientists unveil the 2018 "Doomsday Clock" January 25, 2018 in Washington, DC. Citing growing nuclear risks and unchecked climate dangers, the group moved the clock to two minutes before midnight, 30 seconds closer and the closest it has been since the height of the Cold War in 1953. (Photo by Win McNamee/Getty Images)</p>

Every year the Bulletin of the Atomic Scientists get together to update what they call the Doomsday Clock. It's a design that warns the public about how close we are to destroying our world with dangerous technologies of our own making. It is a metaphor, a reminder of the perils we must address if we are to survive on the planet.

It was created in 1947, and at that point, the greatest danger to humanity came from nuclear weapons, in particular from the prospect that the United States and the Soviet Union were headed for a nuclear arms race. The Bulletin considered possible catastrophic disruptions from climate change in its hand-setting deliberations for the first time in 2007.

The closer we are to 'midnight' on the clock, the worse off we are.

This year, the bulletin moved the clock 20 seconds, and we are now just 100 seconds to midnight. This year's announcement can be seen below:

The Bulletin's Science and Security Board meets twice a year to discuss world events and reset the clock as necessary.

The board is made up of scientists and other experts with deep knowledge of nuclear technology and climate science, who often provide expert advice to governments and international agencies. They consult widely with their colleagues across a range of disciplines and also seek the views of the Bulletin’s Board of Sponsors, which includes 13 Nobel Laureates.

For more information on the Doomsday Clock or the Bulletin of the Atomic Scientists, click here.