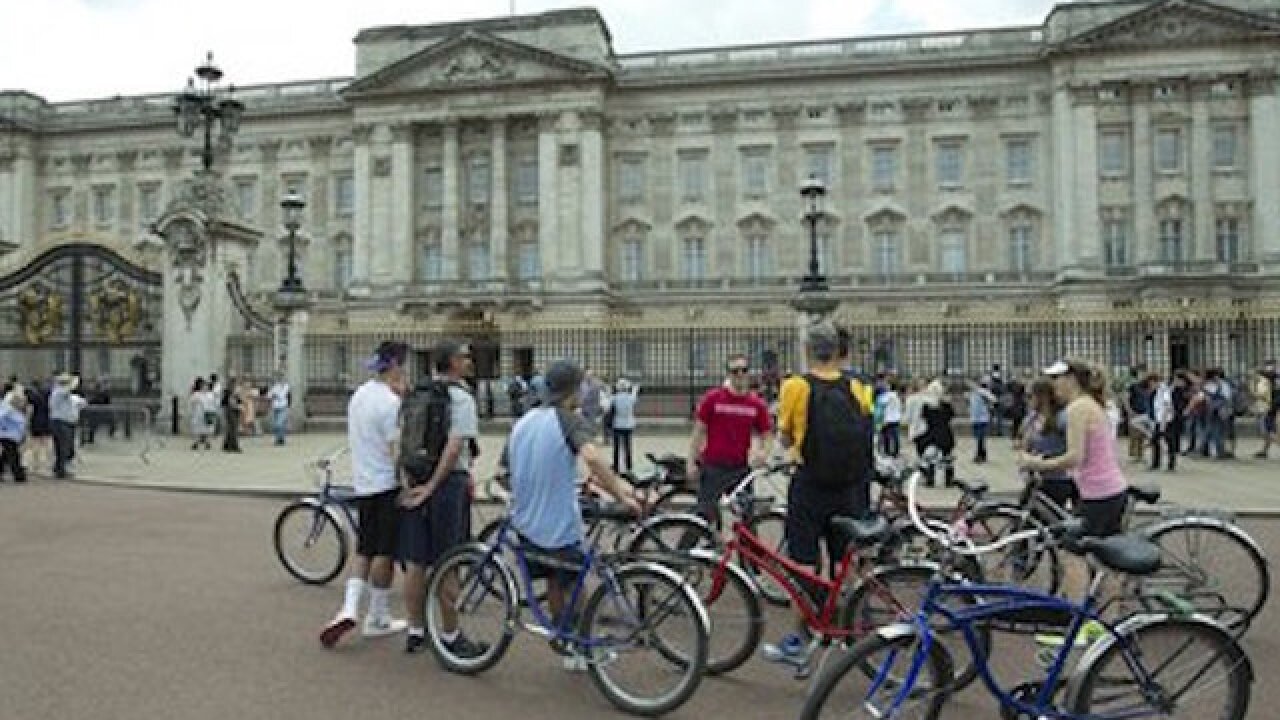 Copyright Associated Press
Alastair Grant
<p>This is a Wednesday, June 24, 2015 file photo of Britain's Queen Elizabeth II's official London residence Buckingham Palace . British police said that they have arrested a man who scaled a wall and got into the grounds of Buckingham Palace. The Metropolitan Police force says a 41-year-old man was detained in the palace grounds in the evening of Wednesday May 18, 2016 on suspicion of trespassing on a protected site.(AP Photo/Alastair Grant)</p>

LONDON (AP) — A convicted murderer climbed over a wall and wandered the grounds of Buckingham Palace while Queen Elizabeth II was at home, British prosecutors said Friday.

Dennis Hennessy, 41, pleaded guilty to trespass during an appearance at Westminster Magistrates' Court.

He was arrested in the palace grounds on Wednesday evening. Police said he was not armed, and claimed security measures had "worked effectively."

Prosecutor Tom Nicholson told the court that Hennessy walked around the gardens for about 10 minutes toward the palace before being arrested. As he was detained he asked "is Ma'am in?" — a courtesy term used for the queen.

In a police interview he said had "walked through the gardens admiring the view."

Prosecutors said Hennessy was on parole after being convicted of the murder of a homeless man in 1992.

Judge Howard Riddle sentenced Hennessy to four months in prison for trespassing and two months, to run concurrently, for damaging an alarm system.

Several intruders have breached security at the queen's London residence over the years — including a naked paraglider who landed on the roof in 1994.

In 2013, two men were arrested on suspicion of burglary — one in the grounds and one inside an area of the palace that's open to the public during the day.

In 1982, an unemployed man named Michael Fagan managed to climb up a drainpipe and sneak into the queen's private chambers while she was still in bed. Elizabeth spent 10 minutes chatting with the intruder before calling for help when he asked for a cigarette.