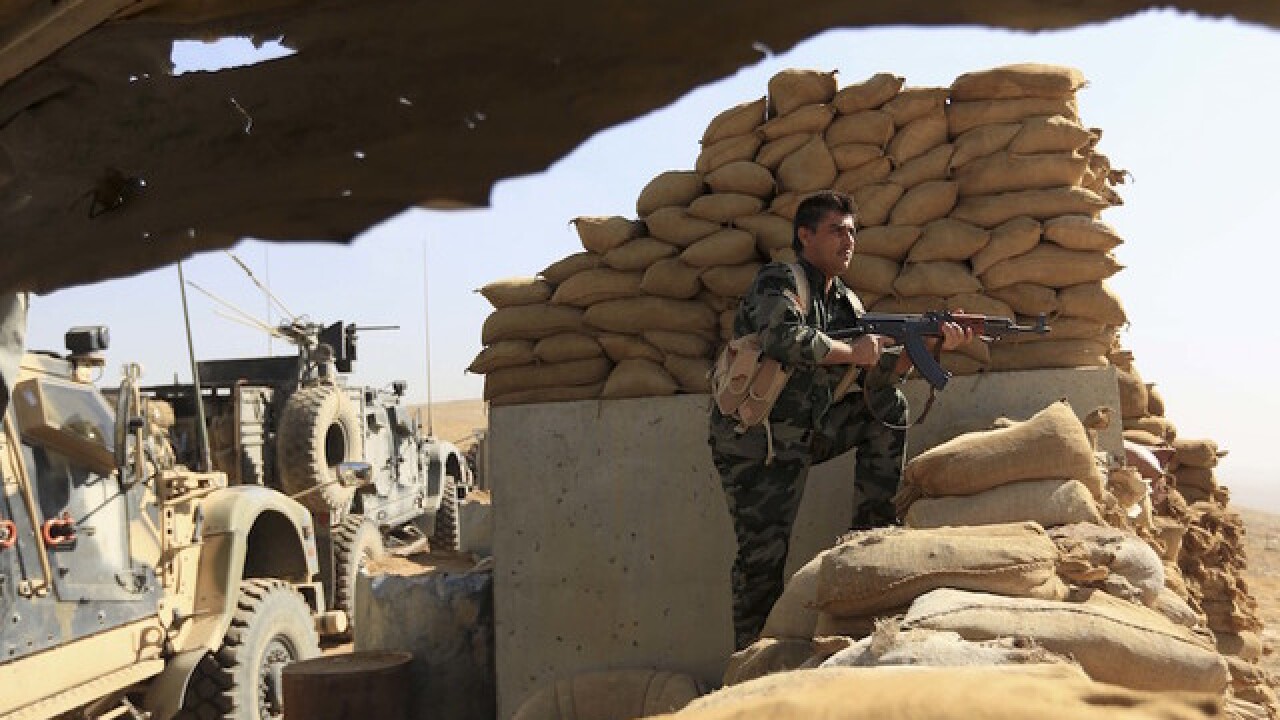 An Iraqi television station says one of its reporters has been shot dead near Mosul, the second journalist in as many days to be killed while covering the conflict.

Alsumaria TV says cameraman Ali Risan was shot in the chest by a sniper Saturday during a battle in the al-Shura area, from where Iraqi forces are pushing north as part of an operation to retake the Islamic State-held city of Mosul.

Journalist Ahmet Haceroglu of Turkmeneli TV was shot dead by a militant sniper Friday, while covering an IS assault on the northern city of Kirkuk.

Several journalists are embedded with Iraqi units taking part in the Mosul offensive, which began Monday and is expected to take weeks, if not months. Mosul is Iraq's second largest city, and fell to IS in the summer of 2014.