If you’re looking online for love or even just a dinner partner in the Los Angeles area, be careful or you might unwittingly get stuck with the bill.

Two women at different restaurants in Pasadena were allegedly victims of “dine-and-dash” dating by someone they met online, according to news reports.

Pasadena police told ABC News “there is an ongoing investigation into [the] activities” of a man named Paul Guadalupe Gonzales, 45, of Pasadena. 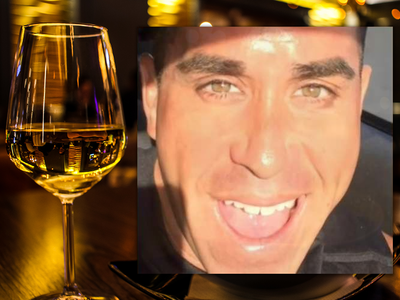 ABC News has tried repeatedly to contact Gonzales by phone but has so far been unable to reach him.

One woman was allegedly stuck with a $130 restaurant bill after, she said, her date “went all out,” ordering steak and shrimp on their recent date, KCBS reported Friday.

The man allegedly then claimed he needed to get a phone charger from his car and never returned, the woman told KCBS.

Another alleged victim told "Inside Edition" in a story published May 4 that she experienced a similar incident with a man she knew as “Mike” and whom she met online.

But in this case the restaurant manager called him out.

The woman, identified only as Carol in the story, said that when she arrived at the restaurant, her date was already eating and continued to order more, "Inside Edition" reported.

After he excused himself to go to the restroom, the manager allegedly recognized him from news reports, "Inside Edition" reported.

“I said, 'You're the notorious dine-and-dash dater,' and he kind of looked perplexed. And I said, 'That's you, right?' He said, 'Yes.' I said, 'Well, I’m not going to serve you,'" the manager, Justin Leyvas, said, according to the report.

The restaurant in Pasadena paid for Carol’s dinner, according to "Inside Edition."

Pasadena police would not comment about possible charges involving these recent alleged incidents but did confirm to ABC News that there is on ongoing investigation into Gonzales' activities.

"We are looking at him for other incidents of this nature," police said. “We believe there are other victims who are afraid to come forward and we want them to please contact Pasadena police at 626-744-4522."