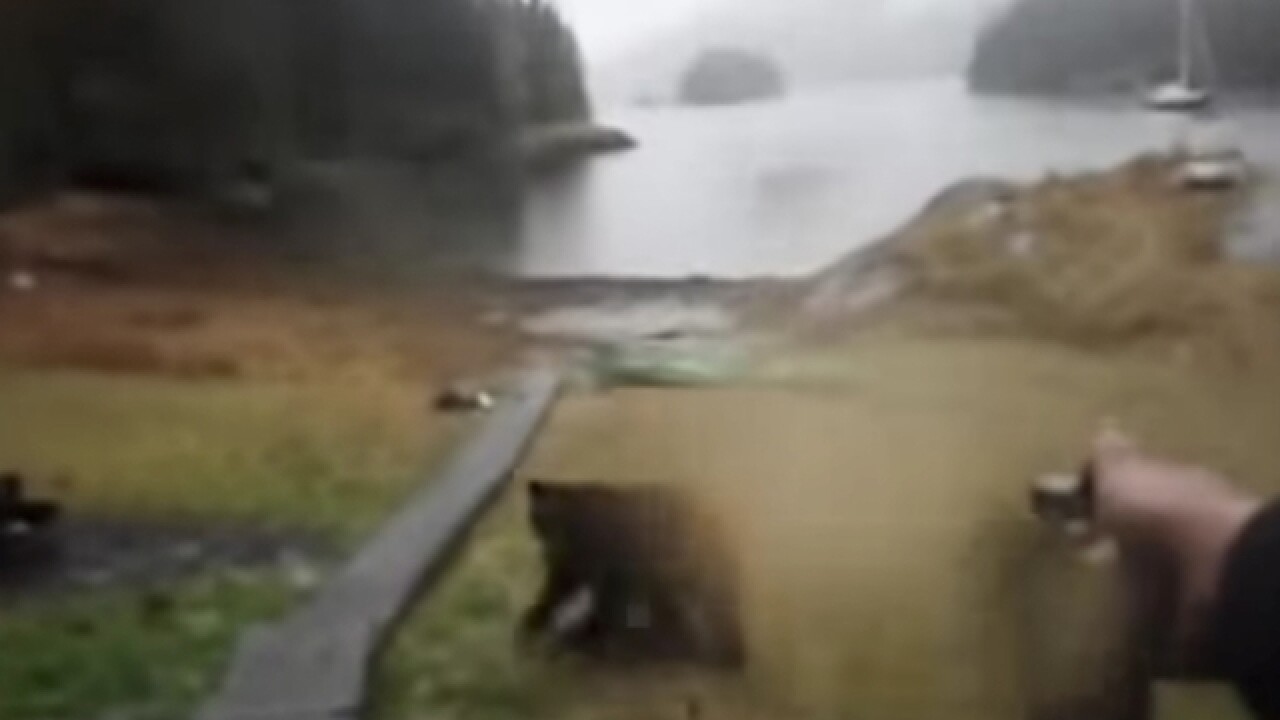 This woman does just about everything wrong when she spots a large bear near her kayak.

Instead of staying inside the cabin, she goes out to thank the bear for leaving her kayak alone.

That's when the bear starts coming toward her.

"I'm going to pepper spray you in the face," Maley tells the approaching bear, as if it is a naughty toddler. "That's what I'm going to do with you."

Maley follows through on the threat and the bear backs off - and turns back toward her kayak. That's when things get really ridiculous.

"No! Get away from the kayak!" Maley scolds the bear. "Come back here!"

"Please stop!" she wails. "It's the end of September! Why are you here?! You're supposed to be asleep!"

It goes on like that for another two minutes as the bear chews on the seat of the kayak and flips it over.

In a last-ditch effort, Maley tries reasoning with the bear.

"It's not even food! It doesn't even taste good!" she cries.

The bear does not appear to follow her logic. We're not sure we do, either.

Maley posted this explanation along with her video on YouTube:

"During a solo kayak trip, intended to go from from Ketchikan, Alaska to Petersburg, Alask, a bear attacked my kayak. This incident occurred outside of a US Forest Service cabin in Berg Bay, Wrangell District, Alaska. I had just carried my tent, food, and all my gear into the cabin to dry while I went on a 4 mile hike that begins just behind the cabin. I heard something outside as I ate my lunch, and well, I never got to go on that hike. This video is taken 5 minutes after the attack began, he continued to gnaw on it for another 5 or 10 after the video ends. Shortly after the bear left and I drug the kayak back to the cabin door step. Then I swam to the S/V anchored in the bay. They did not have their radio on and I feared I would be stranded! The German flagged S/v Caledonia took me and my things to Wrangell where I am trying to repair my kayak now."