Verizon service across the Tampa Bay area has been restored after a massive outage Thursday evening. 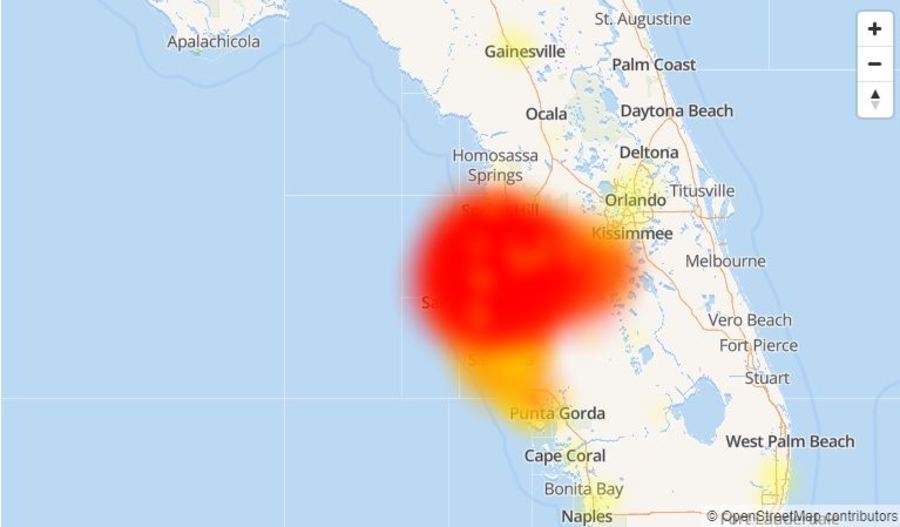 Verizon is currently experiencing a wireless network issue in your area. Our technicians are aware of this issue and are working to resolve it quickly. ^RSM

Mobile internet, mobile phone and landline internet services were all reported in the outage.

A spokesperson told Abc Action News, early Friday morning, that all services were restored by 2:45 a.m.

"Verizon Wireless experienced interruption in service in the Tampa Bay area last night. Engineers were able to identify and resolve the issue and service was restored by 2:45 a.m. this morning."

#BREAKING 📲 Verizon Service is RESTORED after a massive outage in the Tampa Bay area last night. Engineers were able to identify and resolve the issue. Service restored by 245am #VerizonOutage @abcactionnews

Initially, Verizon didn't state what caused the outage. However, some customers tweeted that the company told them it was because a major fiber-optic cable was cut.

Was told by @VerizonSupport that a major fiber optic cable was cut. No estimate on reconnection time for the entire West Coast of Florida & multiple other states. So glad I’m at @BMSupdates. #verizonoutage #ItsBristolBaby

Verizon later confirmed a cut fiber-optic cable was the reason many were without wireless service.

"Thanks for reaching out.  Yes, the service disruption was caused by a fiber cut., with service restored by 2:45 am local time.  Unfortunately, I cannot confirm the number of customers impacted."

During the outage, many local 911 centers, including the Pasco County Sheriff's Office, were unable to receive calls from Verizon wireless customers.

Verizon wireless customers are NOT able to call #PascoCounty 911 due to a Verizon outage. @Pasco_911 is fully operational. Please use a landline or phone with an alternate service provider. https://t.co/hKHzWd24FH

As Verizon worked to restore service, they began to receive calls from Verizon wireless customers.

UPDATE: Pasco County 911 is now able to receive calls from Verizon wireless customers as Verizon is reporting the area outage has been resolved. #PascoCounty @pasco_911