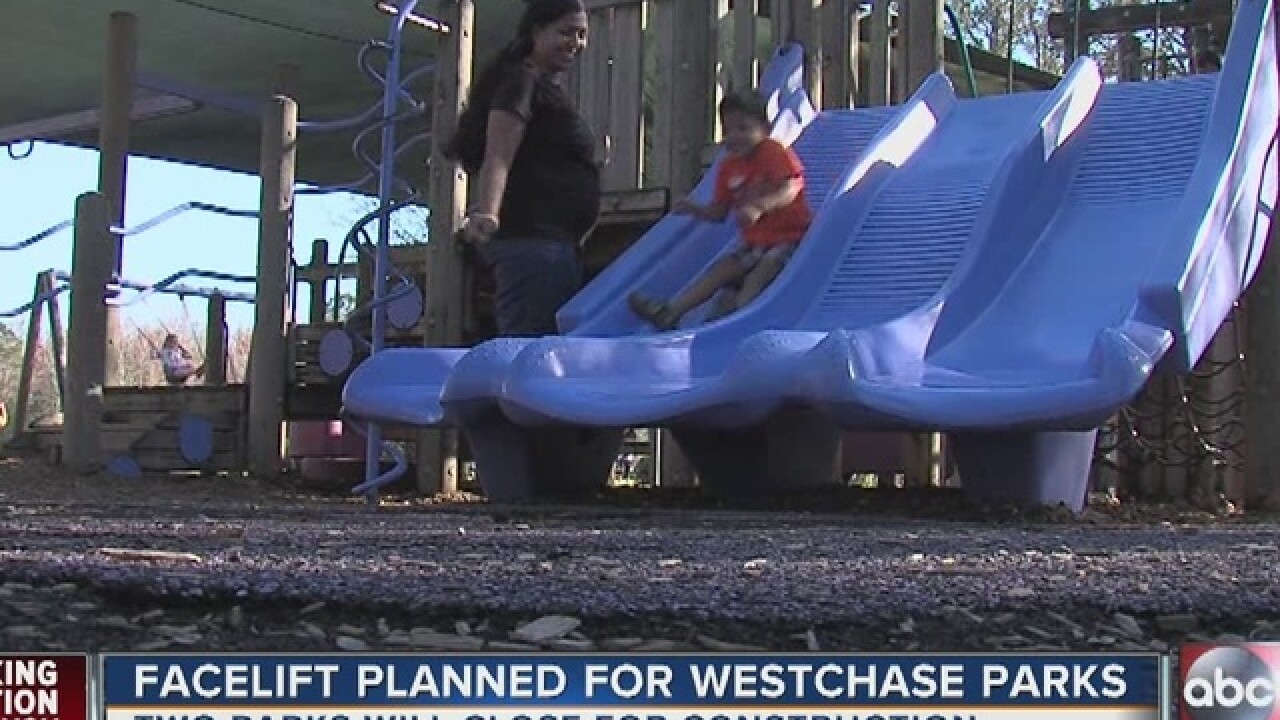 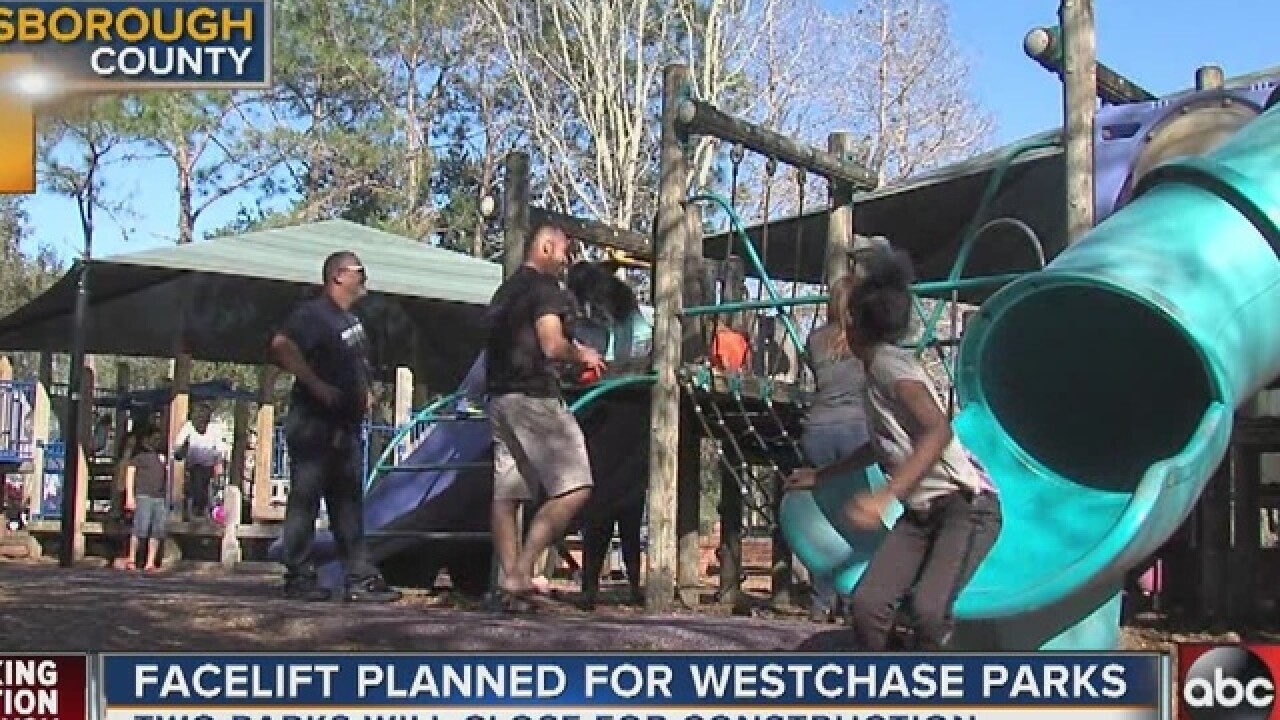 Some big changes are coming to a couple of very popular parks in the Westchase area of Tampa. The major facelift will require closing two parks, while also starting construction on a third brand new park.

On a warm, sunny day, Westchase's two parks, Baybridge and Glencliff, are packed with families.  Luis Charbonier often brings his son to Glencliff and shoots hoops in the park three times a week.

"The park is already pretty nice compared to some other parks but you can tell that it's dated and needs to be rehabbed a little bit," said Charbonier.

The good news is that upgrades are coming. The Westchase Community Development District is spending $1.5 million to overhaul both Glencliff and Baybridge Parks. It will be the first full facelift in decades. The bad news is that as the old equipment is ripped out and construction begins, both parks will be closed temporarily, starting in a few weeks.

"Hopefully the residents in the community look at this in the long term. We have to take the parks out of commission. We can't have people in the parks while it's being renovated. We'll have a lot of heavy equipment in here," said Mark Ragusa, Westchase CDD chair.

Baybridge's new setup will include a rubberized playing surface. Glencliff's makeover will be more unique, with a first of its kind steel play structure. Both will be compliant with the Americans with Disabilities Act, including the restrooms at both parks.

"It'll be visually impressive.  It's something completely different from our existing equipment.  So we're pretty excited about it," said Ragusa.

Adding to the excitement is a brand new park, which will include a splash pad and toddler playground in West Park Village.  Luis Charbonier says he'll miss coming to Glencliff and Baybridge while construction is underway, but he is looking forward to all the upgrades.

"Can't wait to bring my son back and see if they have any creative ideas about making it pretty fit for the kids and just nice," said Charbonier.

Construction of the new park will begin in two or three weeks.  Improvements at Glencliff and Baybridge Parks will start in about a month.  You can look for signs at the park entrances about when they will be closed.  All three projects should be completed by mid-summer.