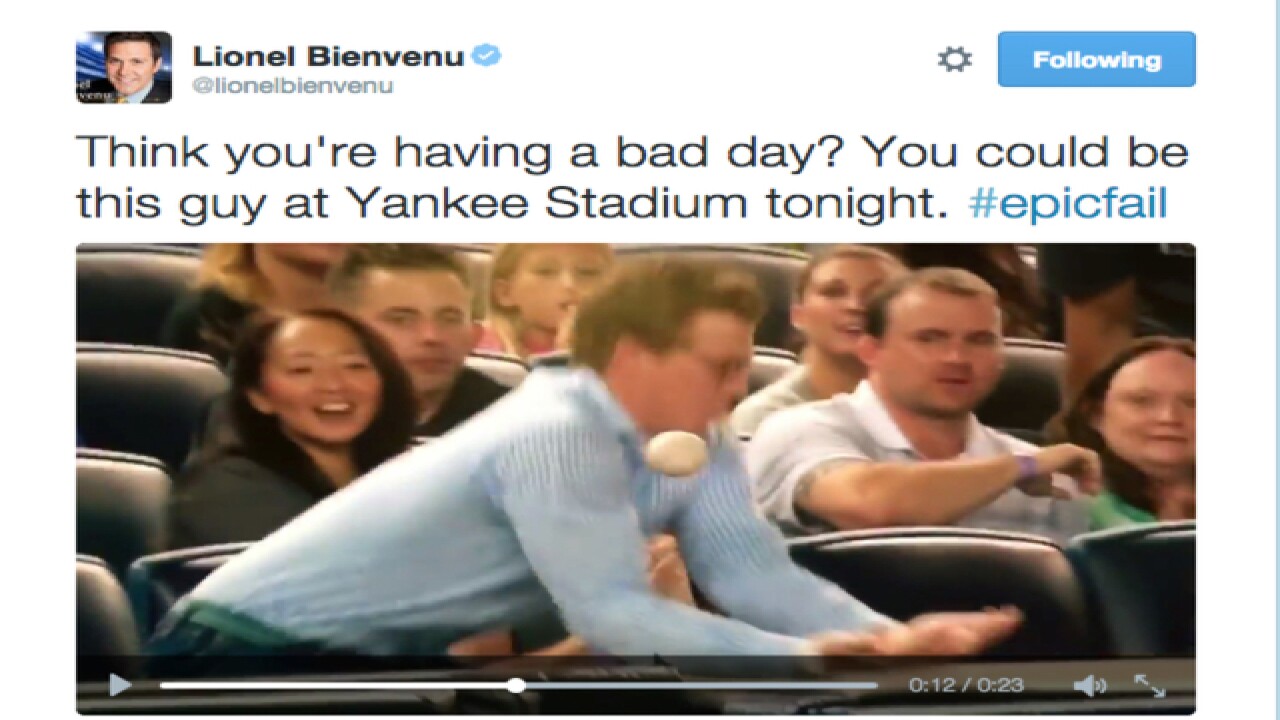 A fan seated on the third base line at Yankee Stadium Tuesday night had not one, not two, but three chances to make a catch - and missed them all.

And the reaction online is almost as painful as watching the video.

"...the pop fly and ground ball are somewhat excusable, but getting hit in the face by a toss from the ball boy? Brutal." - James Lumalu, BustedCoverage.com

"As if it weren’t bad enough that this guy is doing this on a game being broadcast by ESPN, just look at the woman sitting to his left. She is just straight up laughing at him. That’s so cold, even if it’s probably deserved." - Cody Williams, Fansided.com.

Think you're having a bad day? You could be this guy at Yankee Stadium tonight. #epicfail pic.twitter.com/knsQkcBFPJ