The new trailer can be seen below and will soon be airing in AMC Theaters across the country.

Inspired by the 1837 Hans Christian Andersen fairy tale rather than the 1989 Disney movie, this fantasy-adventure film follows a young girl who discovers a beautiful, enchanting woman she believes to be the real “Little Mermaid” of lore.

William Moseley (“The Royals”) stars as Cam Harrison, a young reporter following a big story about a Mermaid, Poppy Drayton (“Downton Abbey”), and a magic healing water said to cure all. Together with his sick niece Elle, Loreto Peralta (“Instructions Not Included”), they travel to a small town in Mississippi and uncover a legend that’s as mysterious as the circus they find it in.

Founder of Kingsway Productions and producer Robert Molloy said, “It’s an honor and privilege to have completed our first movie as a production company; not just completing it, but to be able to get The Little Mermaid into theaters as well is something special. Our team worked tirelessly to bring forth an amazing adventure for all ages that will last a lifetime. Kingsway Productions will use this experience to create more art in the future. I hope everyone enjoys our story.”

From Kingsway Productions and Conglomerate Media, the film is written and directed by Blake Harris and co-directed by Chris Bouchard. The film’s Executive Producer is Jessica Steinbrenner. Producers are Armando Gutierrez, Robert Molloy and Kevin Adler. The film is distributed by Freestyle Releasing. 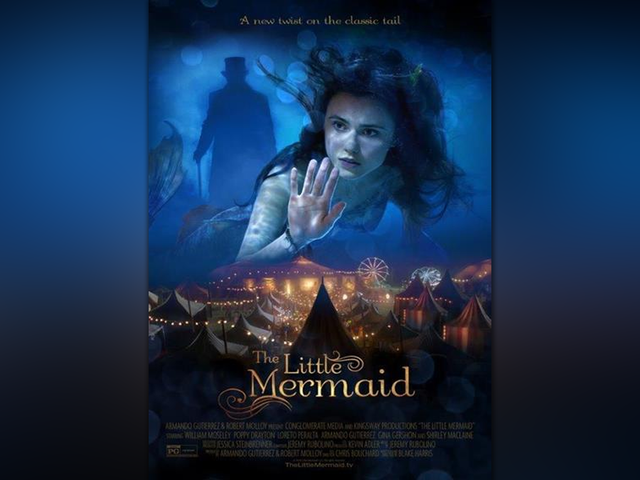