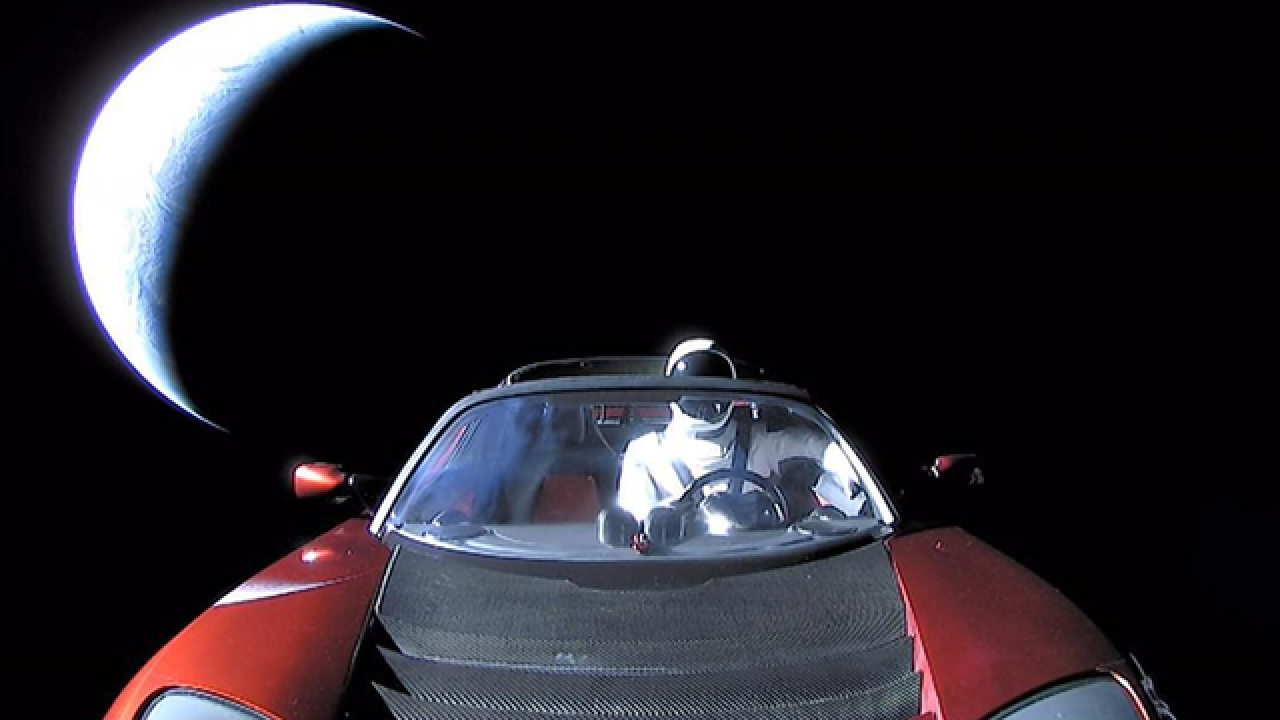 Elon Musk, the CEO of SpaceX and Tesla, posted a final photo of the Tesla Roadster he launched into space on SpaceX's Falcon Heavy rocket on Instagram on Wednesday as it heads for Mars orbit and then the asteroid belt.

Musk wrote " Last pic of Starman in Roadster enroute to Mars Orbit and then the Asteroid Belt."

Cameras were mounted on the car as they fed the stunning video of "Starman" making its way around Earth.

PHOTOS: SpaceX launches Falcon Heavy rocket on test flight with Tesla on board

The Heavy became the most powerful rocket in use today, doubling the liftoff punch of its closest competitor.