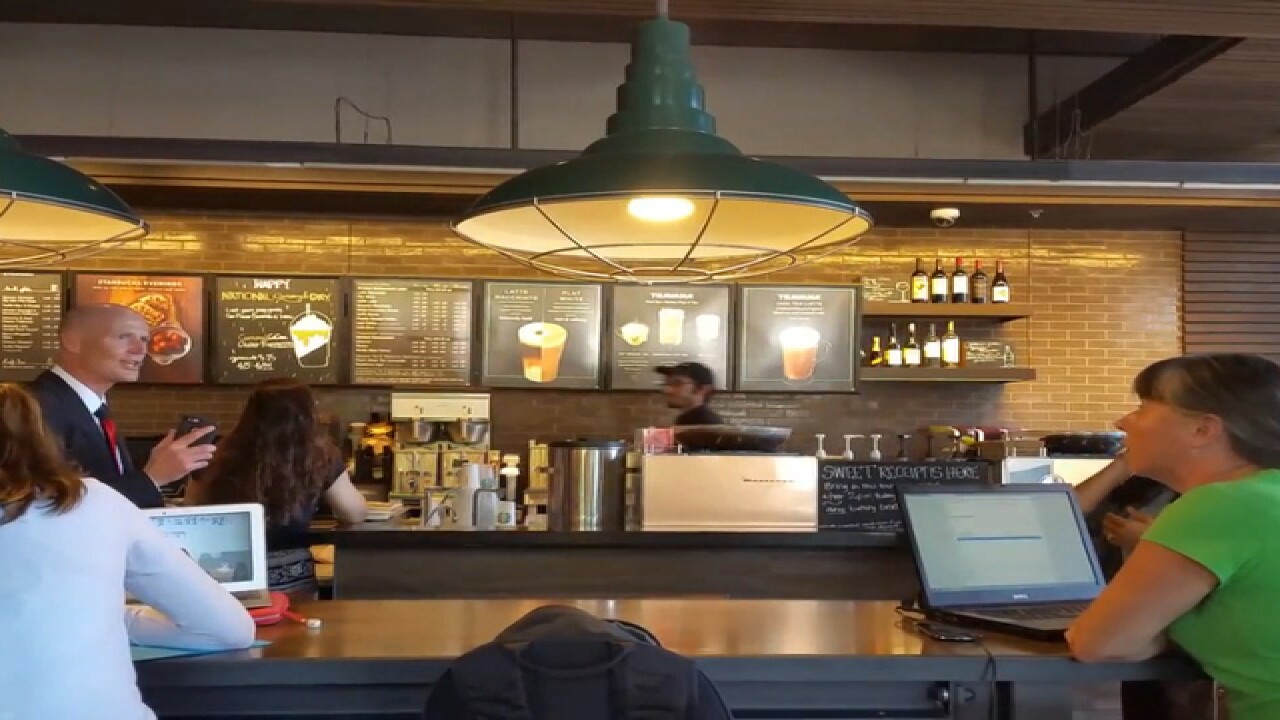 A video captured a woman confronting Gov. Rick Scott as he stopped for coffee Tuesday in Gainesville.

“You cut Medicaid, so I couldn’t get Obamacare,” said the woman, Cara Jennings, who then called him a derogatory word. “You don’t care about working people. You should be ashamed to show your face around here.”

Scott responds by telling her he’s created a million jobs.

“A million jobs? Great, who here has a great job?” she says. “Or is looking forward to finishing school? Do you really feel like you have a job coming up?”

After Jennings asked “Who here has a great job?” Scott can be heard responding, “You should…”

Jennings tells Scott he stripped women of access to public health care as he turns to leave the Starbucks.

Scott can be heard saying something in response just before leaving the store, but it’s not audible in the video.

Jennings told ABC Action News she just happened to be working in the Starbucks on her laptop when she noticed the Florida governor enter.

“I saw his profile, and I thought, ‘Is that the governor?’” she said.

She’d been reading about Scott signing a bill that cuts money for Planned Parenthood and seized the opportunity to speak her mind.

“I didn’t think about whether I should do it or not,” she told ABC Action News. “I thought, 'Here’s my chance to tell the governor how I feel about the horrible bill.'”

Jennings, 39, a stay at home mom from Lake Worth who works part time, said she knows that many people finding jobs are receiving low wages, which is why she dismissed Scott's response about job creation.

She thinks the encounter stunned others in the store into silence, but that changed.

“A number of people came up to me and thanked me,” she said.