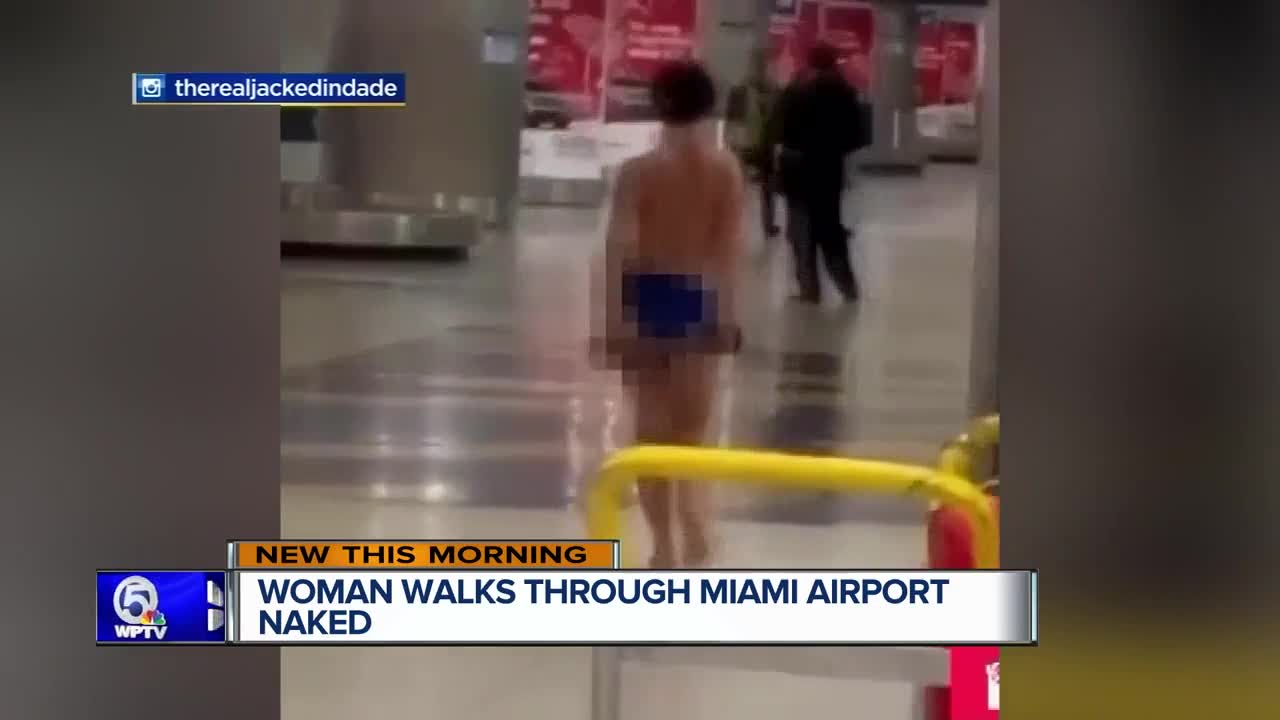 Video shows a woman walking through the baggage claim area of Miami International Airport while removing all of her clothes.

The words “naked” and “Florida” have been used more than once over the years in headlines and sentences across multiple media outlets. This week it happened again.

Video recorded just before midnight Monday at the Miami International Airport baggage claim area shows a woman wearing only a bra and underwear while casually strutting her stuff.

But the unidentified woman doesn’t remain clothed for long, stripping off her skivvies in public, befuddling onlookers by her actions. It wasn’t long before she was completed naked roaming around the airport while appearing to sing.

Video later shows her on top of a police vehicle, still nude, outside the airport and later taken into custody.

CBS Miami reported she was an out-of-state resident, was incoherent, appeared to have psychological issues and would be involuntary committed via Florida's Baker Act.

This story was originally written by Scott Sutton for WPTV.com.