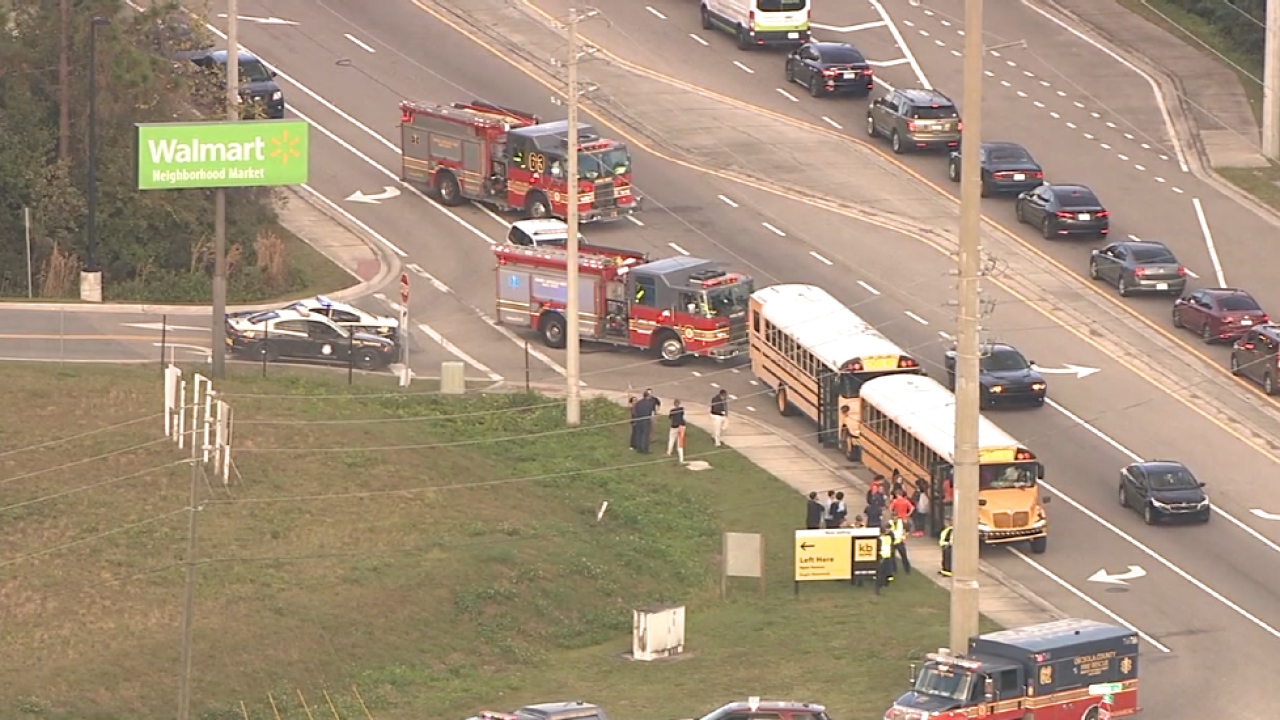 OSCEOLA COUNTY, Fla. — Two school buses were involved in a crash in Osceola County Tuesday afternoon, according to a report from ABC-affiliate station WFTV.

The two buses were carrying 75 students when they collided into each other. The crash happened on Simpson Road near Myers Road.

We just got word that routes 419 and 215 were in an accident at Simpson Road and Myers Road. FHP and Fire rescue are responding as well as administration from Tohopekaliga. We will update as soon as we have more info.

The buses came from Tohopekaliga High School. FHP and firefighters responded to the crash, according to the school's Twitter account.

No one was hurt in the crash, WFTV reports.