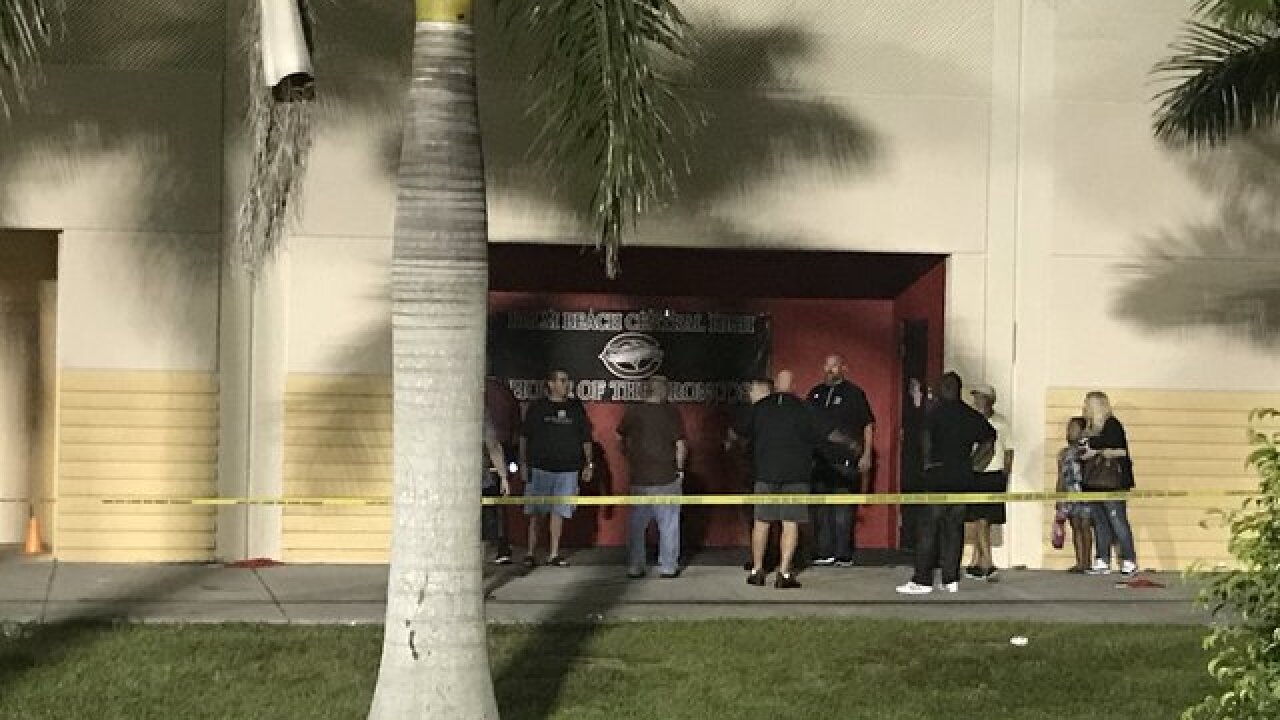 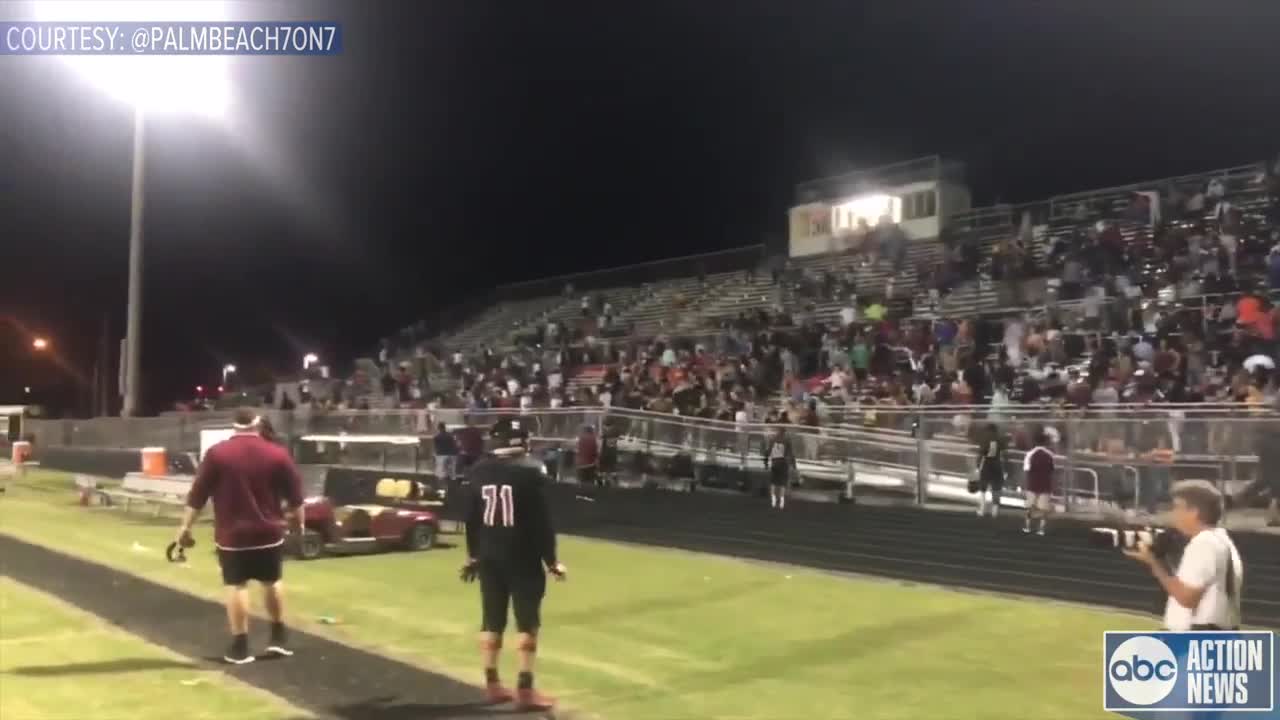 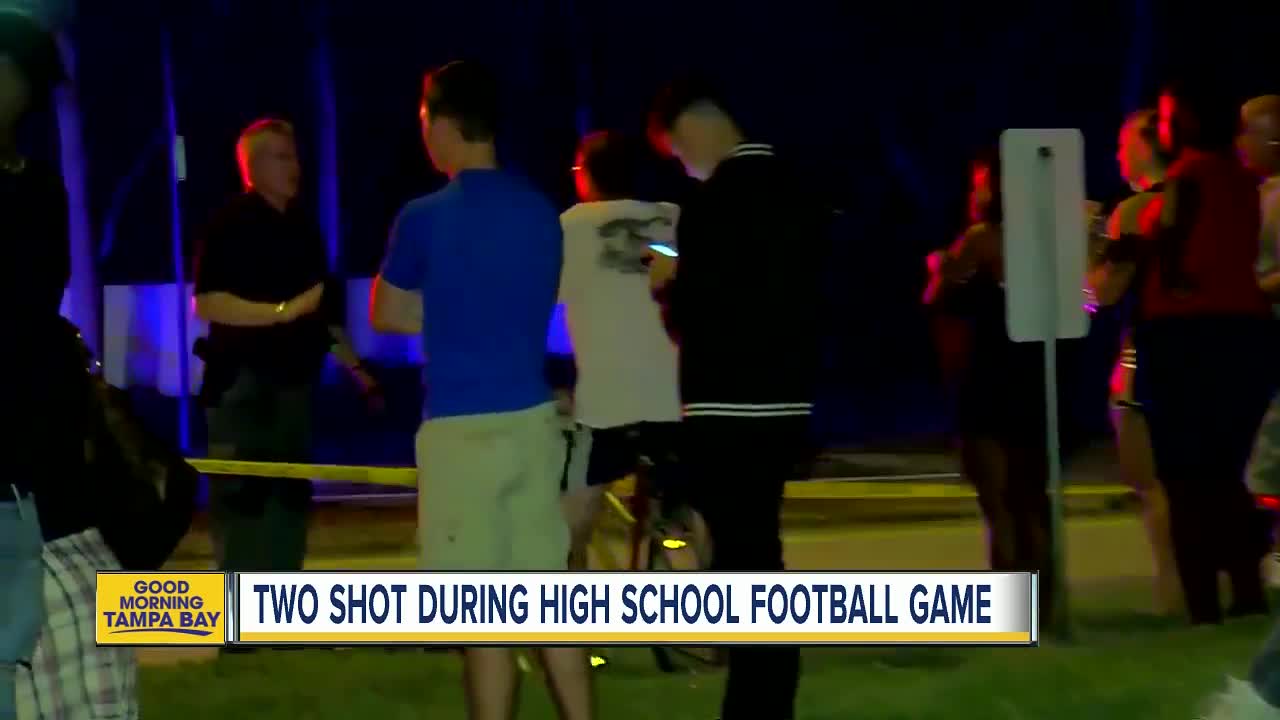 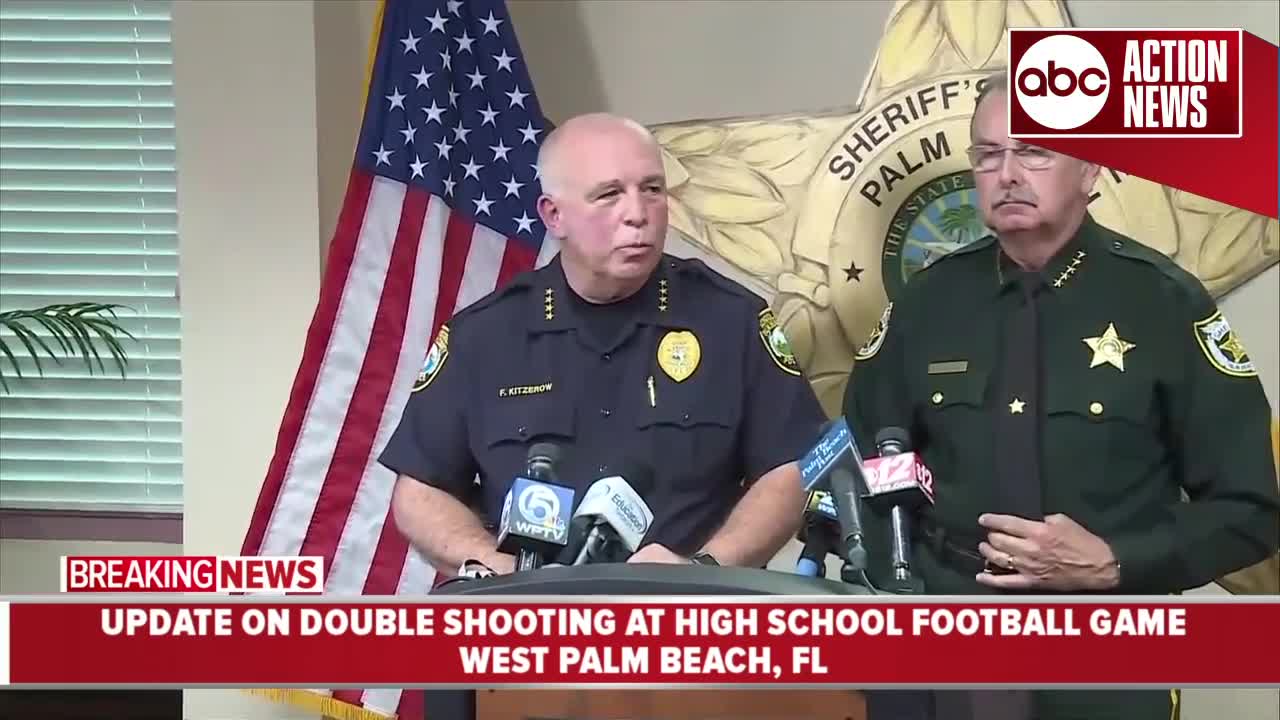 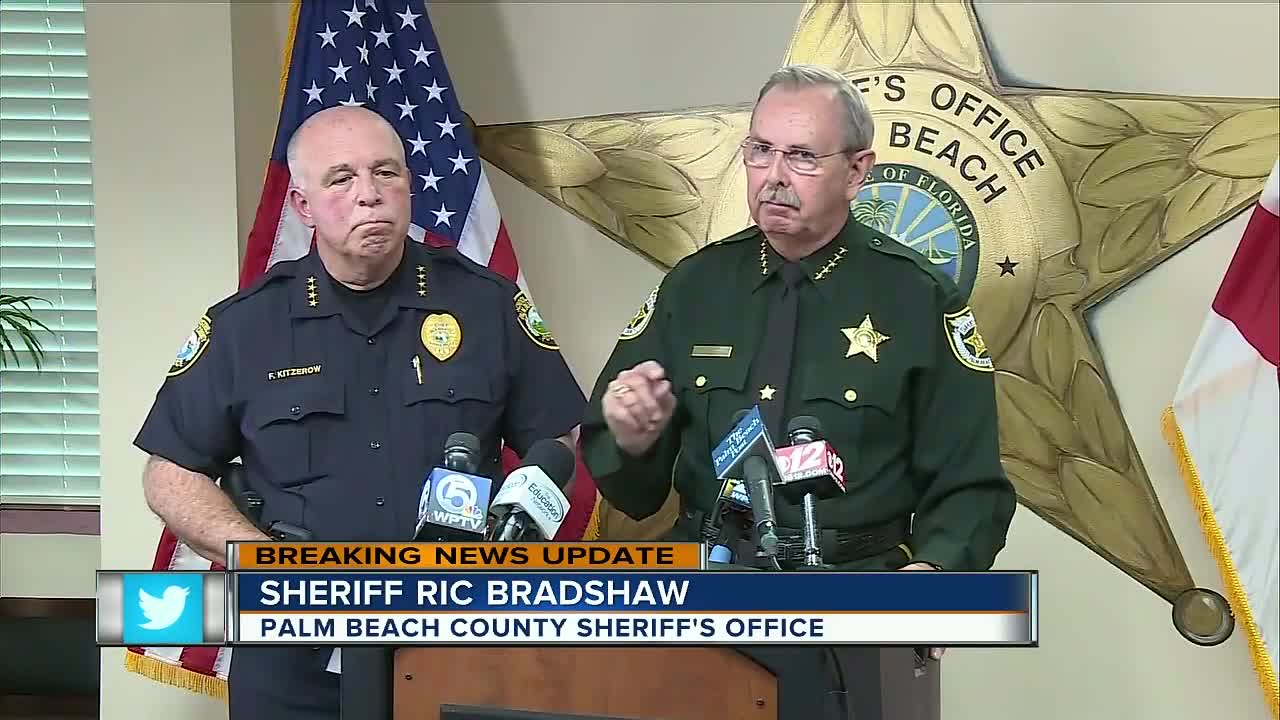 WELLINGTON, Fla. — A high school football game was evacuated on Friday night after a shooting on school grounds sent students and spectators running.

The Palm Beach County Sheriff's Office says the two people injured in the shooting were adults, not students.

"This was a specific, targeted shooting," Palm Beach County Sheriff Ric Bradshaw said in a press conference on Saturday. "The people involved in this shooting were looking for these two individuals."

"This, unfortunately, was an act of community violence that happened to spill onto a school campus," School Board Police Chief Kitzerow, said.

Officials want the public to be aware this was not a school shooting situation, and that it is safe to come to school on Monday.

However, they said after this they will have an in-depth conversation about security at events. Sheriff Bradshaw encourages people going to any kind event to be aware of their surroundings.

"Figure out how you're going to get out of a place if something bad happens," Bradshaw said. "Just be aware of your surroundings."

The shooting occurred as a high school football game was being played between Palm Beach Central High School and Dwyer High School. Video from the scene shows the teams and spectators evacuating as police investigated.

Suspect information and motive of the altercation are unknown at this time.

One suspect is described as a black male in his late teens to early twenties, 6 feet tall and around 170 pounds. He was wearing a baggy white t-shirt and was armed with a black handgun.

The second suspect is described only as a black male with a black handgun.

Sheriff Bradshaw encouraged anyone with information to download this app, which allows you to submit information anonymously.