Turtle passes 100 pieces of plastic while recovering from surgery 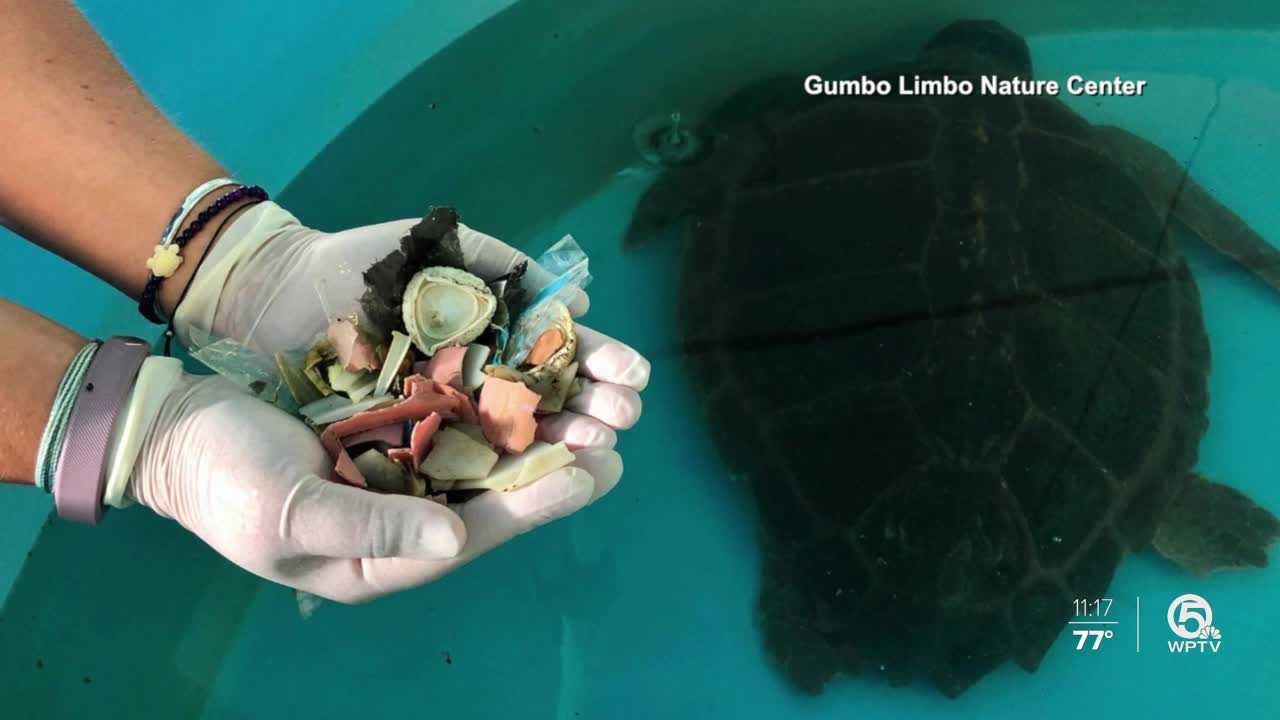 The turtle, named Zatanna, passed over 100 pieces of plastic in one week. Everything from bottle caps, plastic cutlery, garbage and zip lock bags. 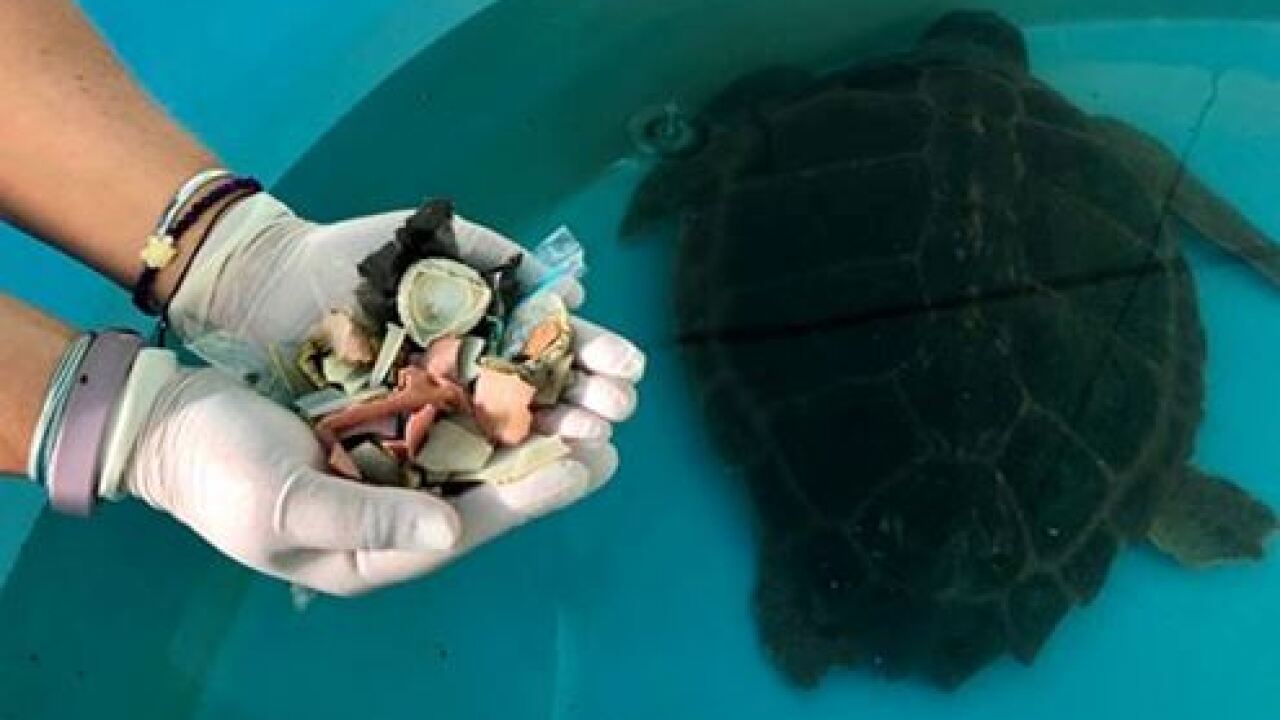 PALM BEACH COUNTY, Fla. — A sea turtle recovering from hook surgery passed more than 100 pieces of plastic over a week.

The turtle, named Zatanna, has since had special supplements to her diet to aid in gut mobility while she continues to recover.

The nature center says she won't be released until they're sure she's done passing the objects.

According to the center, if our oceans continue to be littered with plastic by 2050 "there will be more plastic in the ocean than fish."