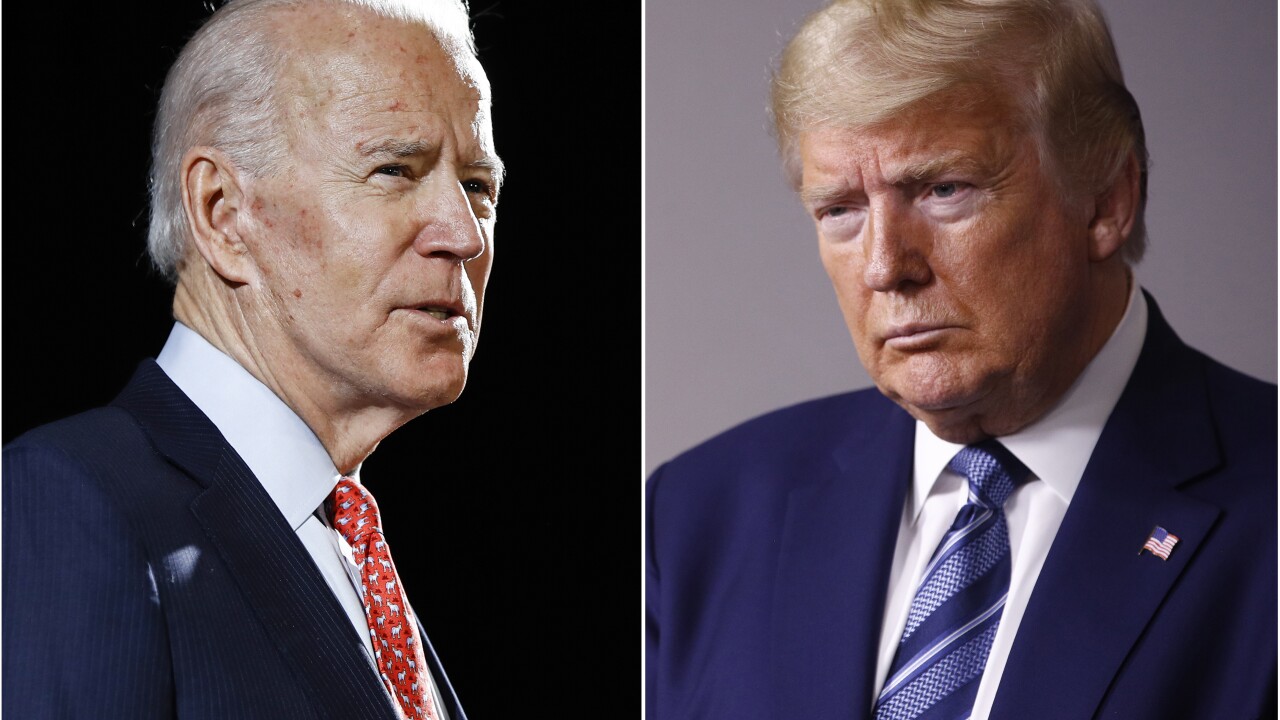 Patrick Semansky/AP
FILE - In this combination of file photos, former Vice President Joe Biden speaks in Wilmington, Del., on March 12, 2020, left, and President Donald Trump speaks at the White House in Washington on April 5, 2020. Early polling in the general election face-off between Trump and Biden bears out a gap between the two contenders when it comes to who Americans see as more compassionate to their concerns. (AP Photo, File)

President Donald Trump and former Vice President Joe Biden are neck and neck in Florida according to a new poll.

About the same amount of Republicans and Democrats were polled, and Biden had a slight edge, 48.3% to 47.5%. 4.2% of the registered voters polled were undecided.

Most of the demographics were fairly even, with the exception of black voters, where Biden garnered 84% of the vote.

The poll also asked voters to evaluate President Trump's COVID-19 response. The vote was dead even, with 48% saying they approved and another 48% saying they disapproved.

49.4% of respondents said they approved of the job Trump is doing overall, with 47.6% disapproving.

Finally, the poll also looked at Governor Ron DeSantis' approval ratings. 52.9% of Floridians polled said they approved of the job the governor is doing, while 38.1% said they disapproved.

You can see the poll results in their entirety here.