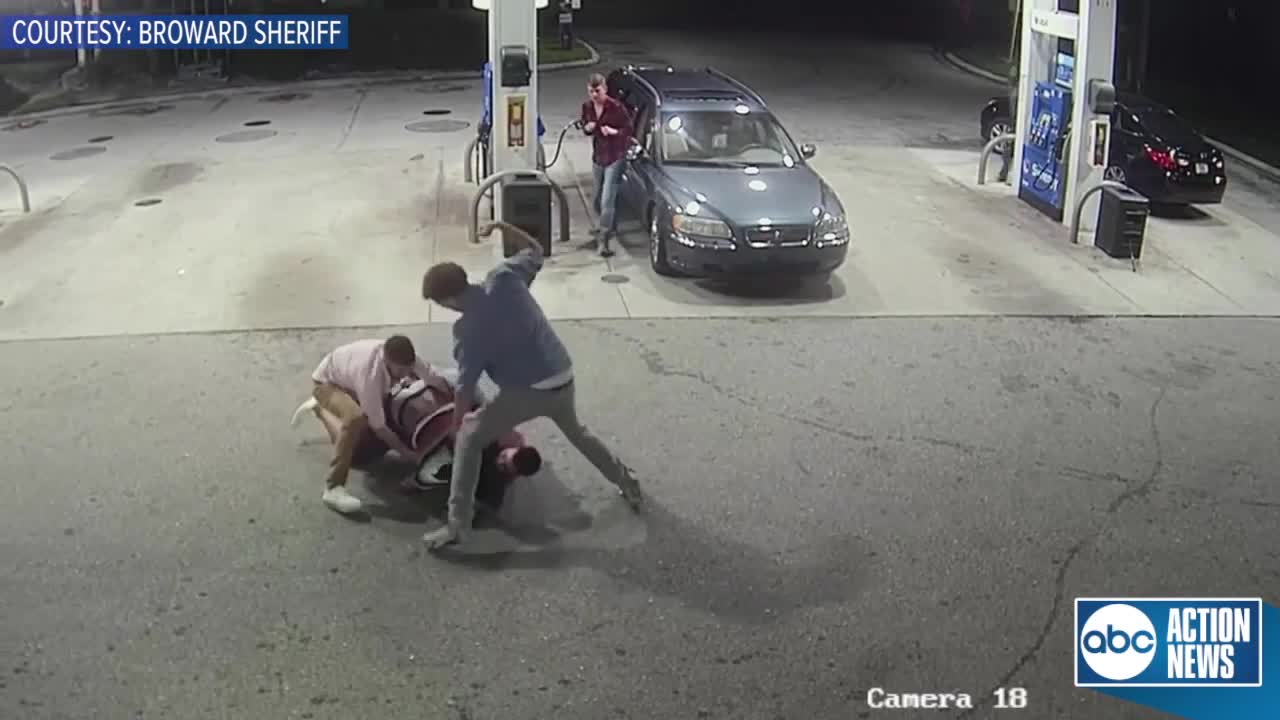 A group of men on Spring break in Florida fought off an attempted robbery at an Oakland Park gas station early Sunday and it was all caught on surveillance video. OAKLAND PARK, Fla. — Four men were caught on camera fighting off an attempted robbery and tackling the gunman at a Florida gas station early Sunday.

The Broward County Sheriff shared the video early Tuesday as they continue to search for the masked gunman who approached the four men at approximately 3:45 a.m. Sunday.

The four men were on Spring Break from Indiana, according to WPLG.

The Spring breakers were filling up the tank of their Volvo when a gunman approached them with a black mask or cloth on his face and demanded money from them.

Surveillance video shows the four men fight back and tackle the gunman to the ground. During the fight, a shirtless man runs over and starts pushing the men off of the gunman. At some point, one of the four men is able to take the gun away from the attempted robber, who run back to their car and drive away.

The shirtless accomplice, Kevin Campbell, 33, was later arrested and deputies continue to search for the masked suspect.

Anyone with information about the incident is asked to contact Broward County Crime Stoppers at 954-493-TIPS.