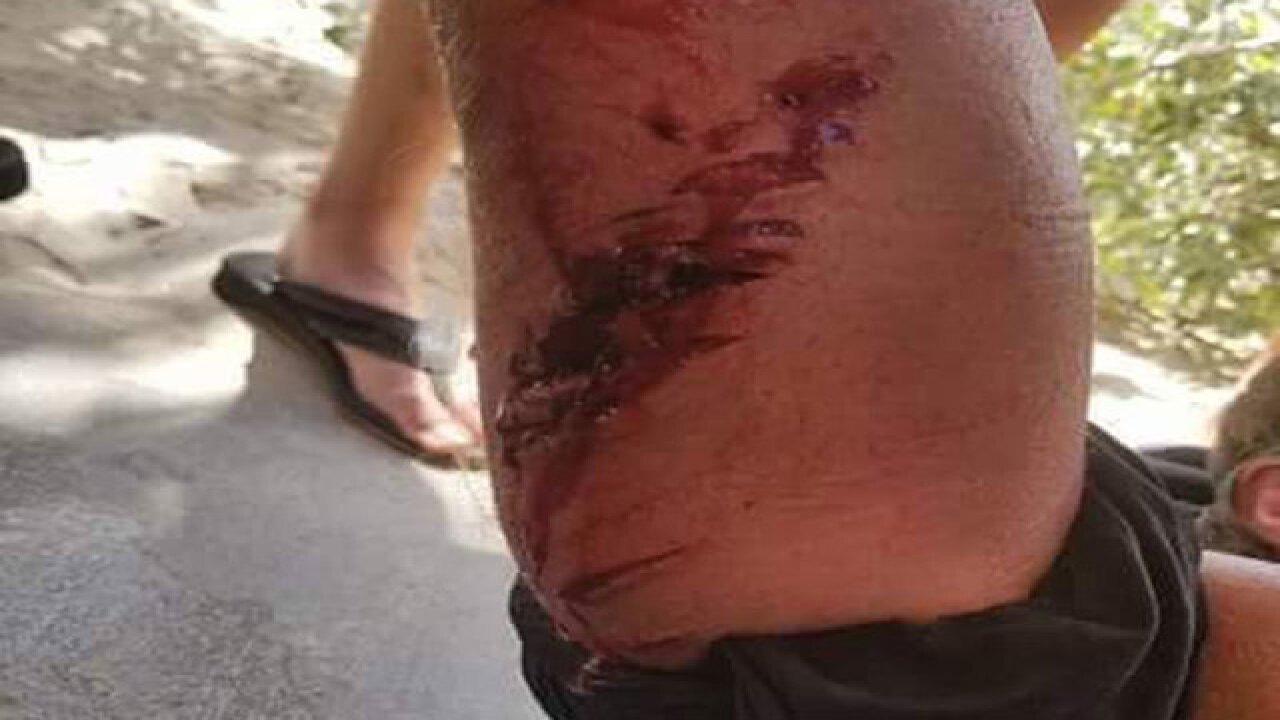 A surfer suffered minor injuries after a shark bite Sunday afternoon off Lake Worth beach.

Just before 2 p.m., deputies and fire rescue responded to the beach to aid the injured surfer.

According to the victim and witnesses, the shark was engaging a school of bait fish and bit the surfer by mistake.

Dean Holley, who was surfing nearby, said he saw what appeared to be an eight- to ten-foot shark right before the attack happened.

The surfer was already out of the water when emergency personnel arrived.

“A few surfers that are from here, whose names I won’t mention, really rescued the guy and one lifeguard in particular was really a superstar about it all, as far as comforting the guy, and just kind of keeping him cool and keeping the shock from really kicking in," said Dean Holley, who was surfing nearby at the time.

The patient was treated by Lake Worth lifeguards and Palm Beach County Fire Rescue with an upper extremity injury from the bite and later taken to a local hospital.

It's unclear what type of shark bit the surfer.