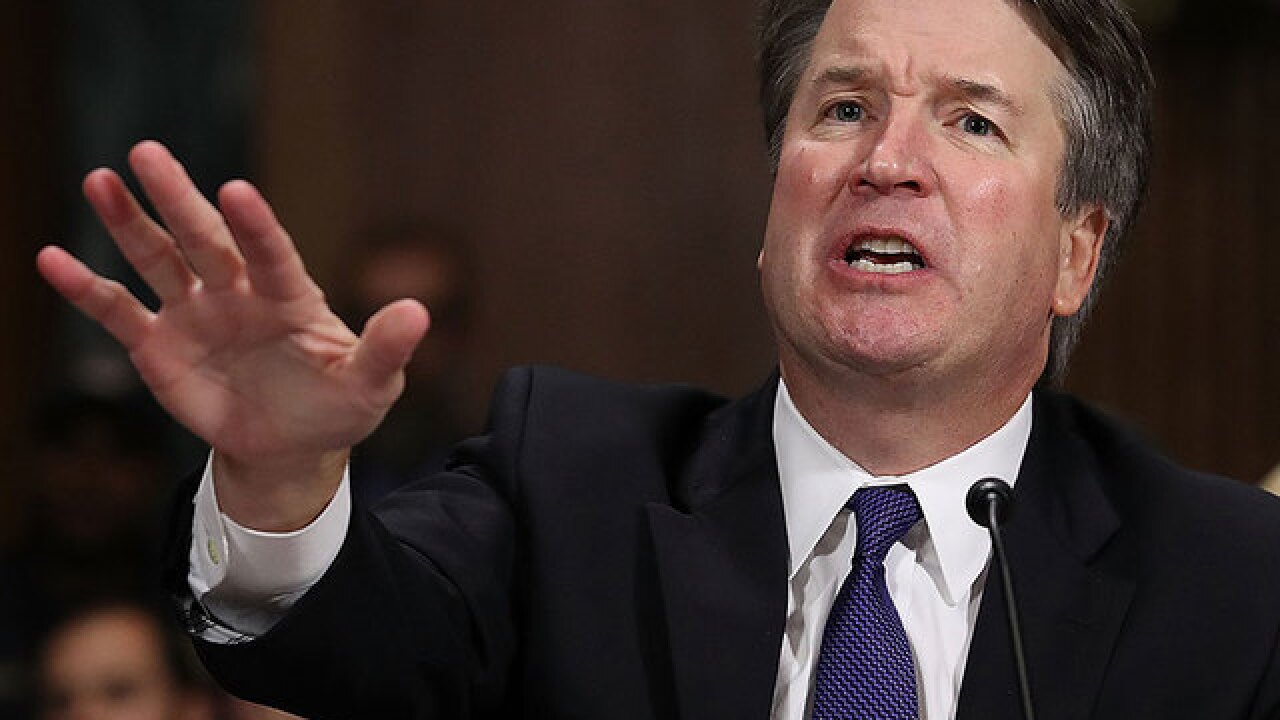 Senators Marco Rubio and Bill Nelson, Florida's representatives on the U.S. Senate, issued statements on the possible nomination to the Supreme Court of Brett Kavanaugh.

The Senate is divided on the matter, especially following yesterday's testimony, both from Kavanaugh and Dr. Christine Blasey Ford, who accused him of sexual assault.

The vote on his nomination is scheduled for 1:30 p.m. Friday.

Senator Nelson tweeted his intention in the vote:

I will vote no on Judge Kavanaugh.

“Anyone who comes forward claiming to be a victim of sexual harassment, abuse or assault should be taken seriously and have their claims heard. This is especially true when those they accuse are in a position of power or influence.
“For both the accuser and the accused, allegations of sexual harassment, abuse and assault can have a devastating impact on their reputation, career and life. Which is why, to the extent possible, an accuser’s wish to not be identified should be accommodated. And why evidence of wrongdoing should be clearly established before someone is branded an abuser.
“Senators and their staff, journalists and partisans have disgraced themselves by ignoring and violating every one of these norms in the matter before us.
“Instead of seeking to find a way to investigate her claims without revealing her identity, someone in the U.S. Senate leaked Dr. Fords’ identity and accusations to the media, forcing her into the public eye against her express wishes.
“Before even hearing from Dr. Ford, some senators had decided she was lying and implied that no matter what emerged from the hearing we would be moving forward on the nomination.
“Without a single piece of corroborating evidence, some senators went on national television and stated that they knew for a fact that Judge Kavanaugh was guilty of sexual assault.
“Without any independent corroboration, some national journalists printed, reported and spread serious and salacious accusations against Judge Kavanaugh.
“And watching a nominee for the Supreme Court be grilled by a U.S. Senator about what he wrote in his high school yearbook is something we might expect to see in a satirical comedy, not a real life hearing of the Judiciary Committee.
“The embarrassing behavior of so many of my Senate colleagues makes it hard to blame reporters, commentators and partisans for treating yesterday’s hearing as if it was a theatrical performance.
“We have lost the capacity to view Dr. Ford as a fellow human being who clearly did not seek the attention she is receiving, and who clearly is dealing with deep pain and anguish. Instead she is treated as yet another actor in a political drama, whose feelings and desire for privacy must take a back seat to her utility as a weapon in a larger political fight.
“We have lost the capacity to view Judge Kavanaugh as a son, husband and father, whose parents, wife and young children have had to endure watching him labeled a deviant and even a rapist. Instead he is treated as a dispensable combatant whose right to be treated fairly must take a back seat to the role his nomination plays in a broader partisan and cultural war.
“I had hoped that as fathers and mothers, husbands and wives, we would treat both Dr. Ford and Judge Kavanaugh the way we would want our own daughters and sons, or husbands and wives, to be treated if they found themselves in a similar predicament. Instead, this has become a modern political equivalent of the Roman circus – where the crowd is entertained by the spectacle of watching human beings destroy one another or get devoured by wild animals.
“This entire ordeal is indicative of something that goes beyond the nomination before us. It has revealed how our culture has become increasingly sick and demented, unmoored from the values upon which this great nation was founded and which have allowed our society to flourish.
“Compassion is now viewed as a weakness. Restraint is now viewed as cowardice. Humility is now viewed as shameful. And being deliberate is now viewed as spineless.
“Instead, ruthlessness is viewed as strength. Impulsiveness is viewed as courage. Arrogance is viewed as evidence of greatness. And being reactionary is viewed as decisiveness.
“The virtues at the core of our Judeo-Christian heritage have become character flaws. And the character flaws the ancient prophets warned against, and Christ challenged us to overcome, have become virtues.
“The ramifications of the rot we have witnessed will be felt far beyond the question before us now.
“How many victims will now choose to remain silent? And who in their right mind would ever offer themselves up for public service if all that is required to have your reputation permanently destroyed is uncorroborated claims which are then spread far and wide?
“Under a sworn oath, Dr. Ford has offered testimony that was unequivocal, compelling and heartbreaking. Under a sworn oath, Judge Kavanaugh offered a denial that was equally unequivocal, compelling and heartbreaking.
“Under these circumstances, I must make my decision on the basis of evidence and established facts. Especially since voting against Judge Kavanaugh would no longer be simply a rejection of his nomination, but an endorsement of the serious allegations against him.
“I will not vote against the nomination of someone who I am otherwise inclined to support and in the process add credence to charges which have already done permanent damage to his reputation, on the basis of allegations for which there is no independent corroboration and which are at odds with everything else we have heard about his character.
“This will be recorded as a dark moment in the Senate’s history. I hope that from it we will all try to do better. For if we do not, we will all be condemned by future generations for tearing apart a great nation by abandoning the norms that allowed us to live as a free and diverse people.”