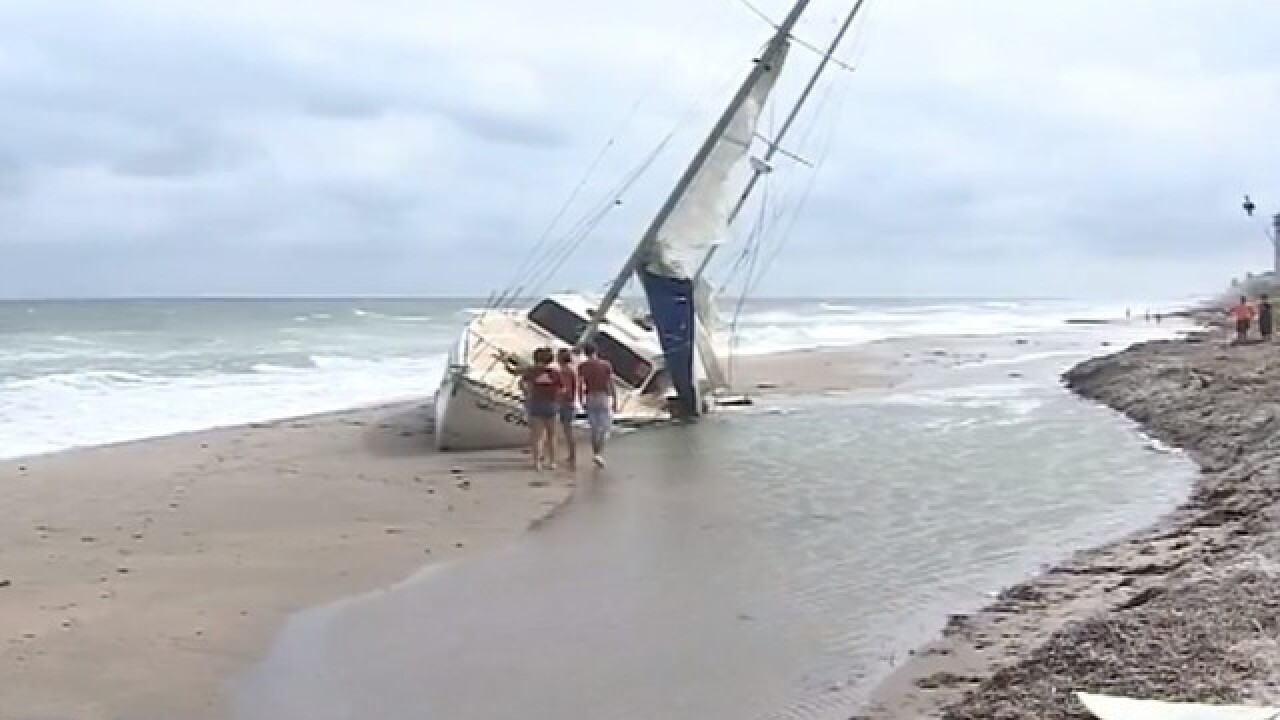 Copyright 2018 Scripps Media, Inc. All rights reserved. This material may not be published, broadcast, rewritten, or redistributed.
WFTV

Cuki, the beached 45-foot sailboat won't be removed until nesting season ends on Oct. 31 -- at the earliest.

Florida Today reports the sailboat's fate is unclear. The owner of the boat is jailed in Key West for charges including sexual assault, tampering with or fabricating physical evidence, cocaine possession and 45 counts of possession of child pornography.

Irma's waves and wind gusts apparently tore the sailboat from her anchor, and the unoccupied vessel drifted more than 300 miles up Florida's East Coast before running aground.