Republican Ron DeSantis had a full day of activities scheduled, starting with a prayer breakfast at Florida A&M University in Tallahassee.

From there, he was sworn-in on the steps of Florida's Historic Capitol Building as our state's 46th Governor, the youngest Governor in decades. His predecessor, Rick Scott, attended, along with former Republican Governors Jeb Bush and Bob Martinez and former Democratic Governor Bob Graham. On Tuesday, Scott will be sworn in as a U.S. Senator in Washington, D.C.

DeSantis discussed his plans for Florida for the next four years in his inaugural speech. He promised to keep taxes low and to make schools and the environment a priority. The former Navy officer also promised to be tough on illegal immigration and to appoint Supreme Court justices who won't "legislate from the bench."

On Monday, the Gov.-elect promised to move quickly on everything from Supreme Court appointments to the fate of Broward Sheriff Scott Israel, who was criticized for his agency's response to the Marjory Stoneman Douglas High School shooting in Parkland on Feb. 14, 2018.

DeSantis will wrap up a busy Tuesday with an evening of celebration at Florida's 46th Governor's Inaugural Ball at the Donald Tucker Civic Center.

DeSantis won the 2018 election with strong backing from President Trump, and will continue a two-decade tradition of GOP control in Tallahassee. He replaces Governor Rick Scott, who will be sworn into the U.S. Senate on Tuesday.

ABC Action News Reporter Ryan Smith will be in Tallahassee for the governor's inauguration, and will have updates throughout the day online and on air. 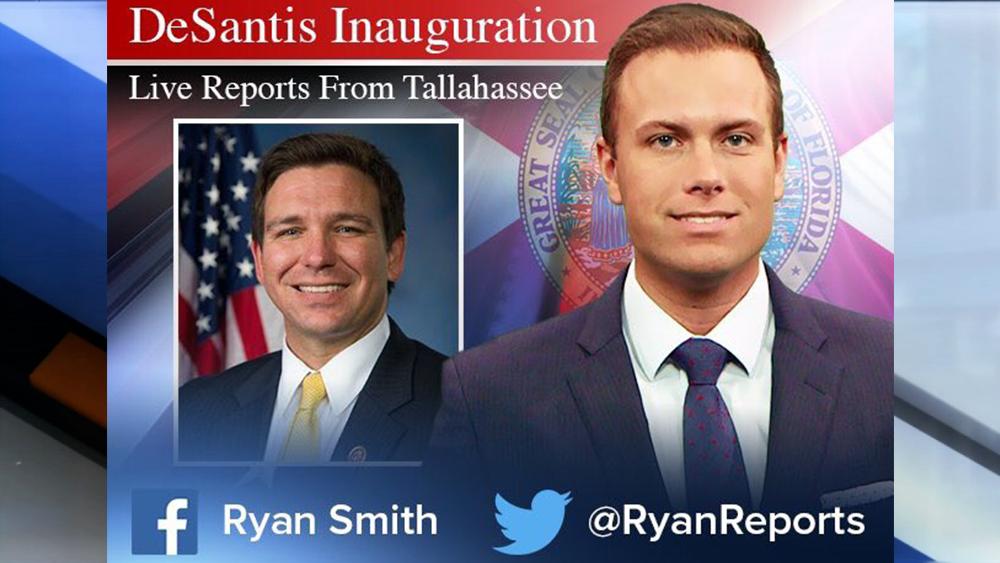