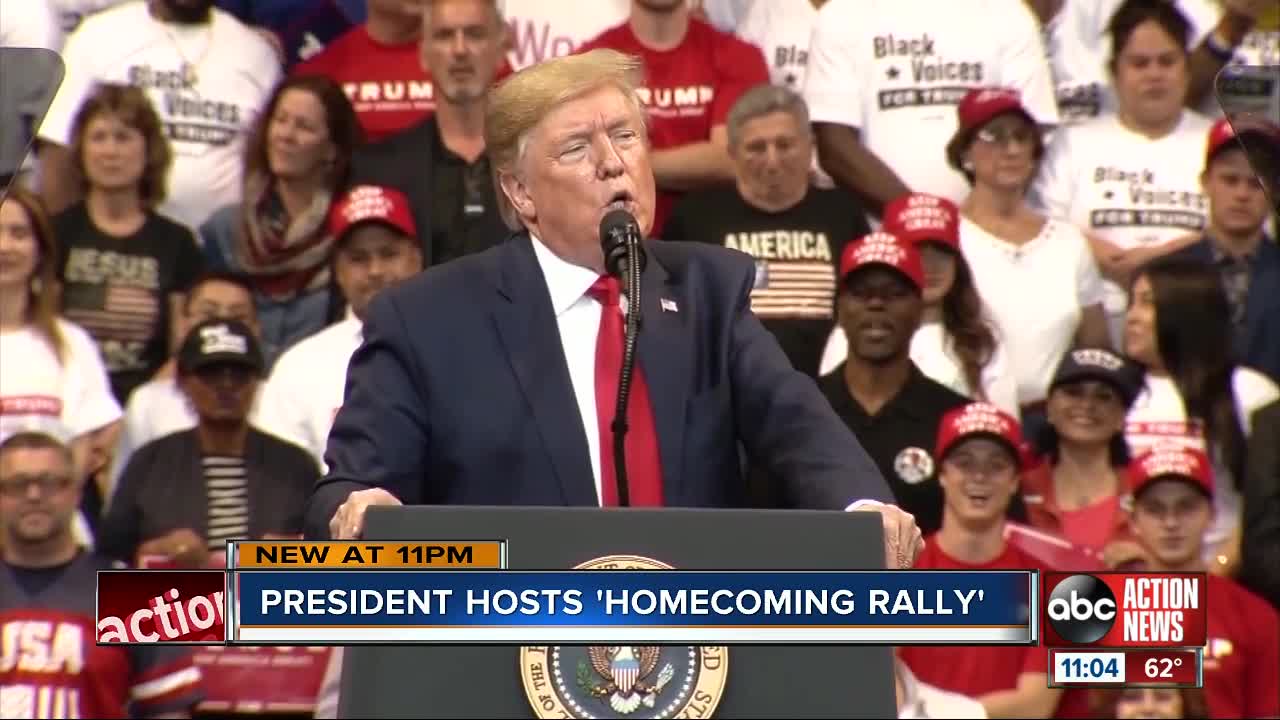 Florida — where Trump is now an official resident — will be a crucial state for the president as he tries to win reelection in 2020. 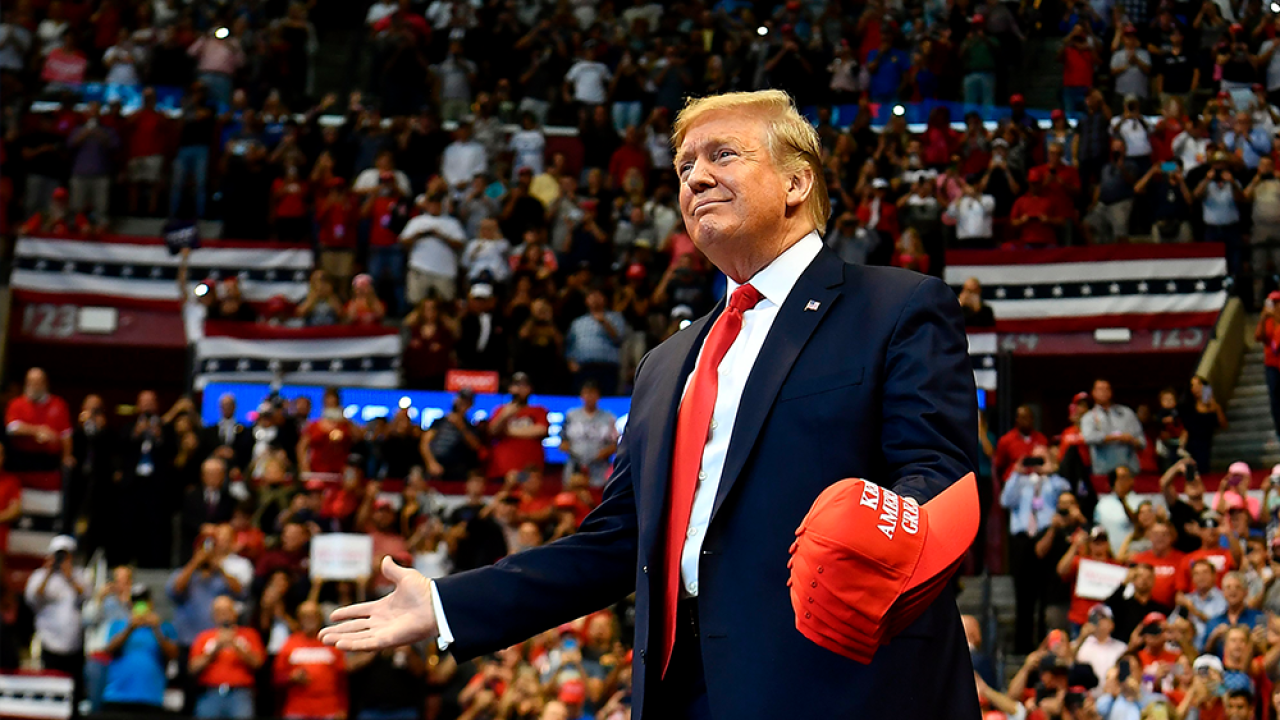 SUNRISE, Fla. (AP) — President Donald Trump returned to Florida Tuesday for what his campaign dubbed a “homecoming rally,” promising the crowd that “less than one year from now I will join voters across the Sunshine State, my home, as we head to the polls.”

Florida — where Trump is now an official resident — will be a crucial state for the president as he tries to win reelection in 2020. He carried the state by less than 2 percentage points in 2016, defying expectations and paving the way to an electoral college victory.

The rally comes as the House impeachment inquiry is entering its next phase after lawmakers last week completed their first round of public interviews concerning the president’s efforts to pressure Ukraine to investigate his political rivals. The House Intelligence Committee is now preparing a report on its findings, while the House Judiciary Committee is moving forward with its own hearings ahead of an expected vote.

The rally is also Trump’s first in the state since he officially changed his residency from Trump Tower in Manhattan to his Mar-a-Lago club in Palm Beach. Trump had long claimed he’d been mistreated by New York officials investigating his conduct and had railed against the state’s management, including its high tax rate.

Throughout his presidency, Trump has spent many winter weekends and holidays in Florida, mingling with dues-paying members at Mar-a-Lago and golfing at the courses he owns nearby. Ethics experts have raised alarms at the arrangement, in which wealthy Americans and foreigners can quite literally buy access to the president of the United States.