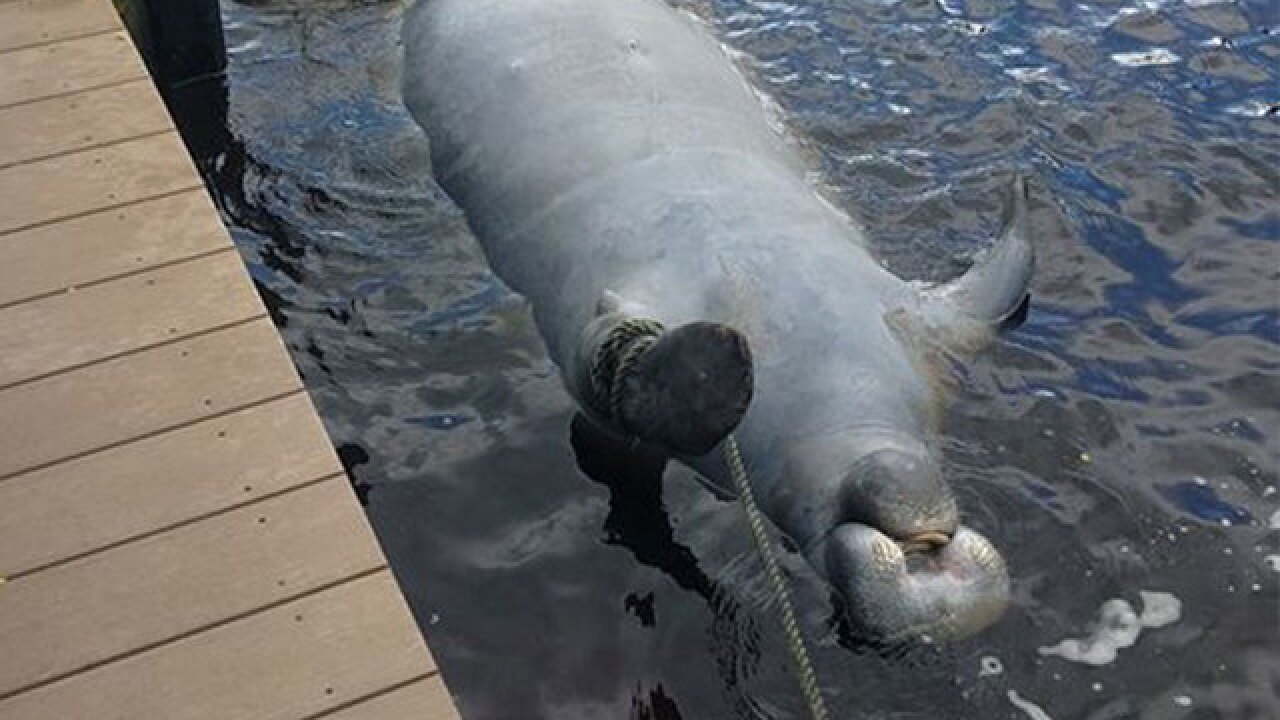 Copyright 2018 Scripps Media, Inc. All rights reserved. This material may not be published, broadcast, rewritten, or redistributed.
Alyssa Cook, Facebook

(CNN) In just the first eight months of the year, the number of manatee deaths in Florida has surpassed the total for all of 2017, according to a report by Public Employees for Environmental Responsibility (PEER).

If manatee deaths continue at this rate for the rest of the year, 10% of the manatee population will perish, the PEER report said.

"Florida's manatees have no defense against this ecological disaster," PEER Executive Director Jeff Ruch said in a statement. Ruch said red tide poisons both manatees and their food supply. "Florida's steadily declining water quality is a death warrant for the manatee."

Red tide blooms are fast-growing colonies of algae that often turn the water red and are common in the Florida area. The blooms have ravaged marine life, causing dead fish, sea turtles, manatees and a whale shark to wash ashore.