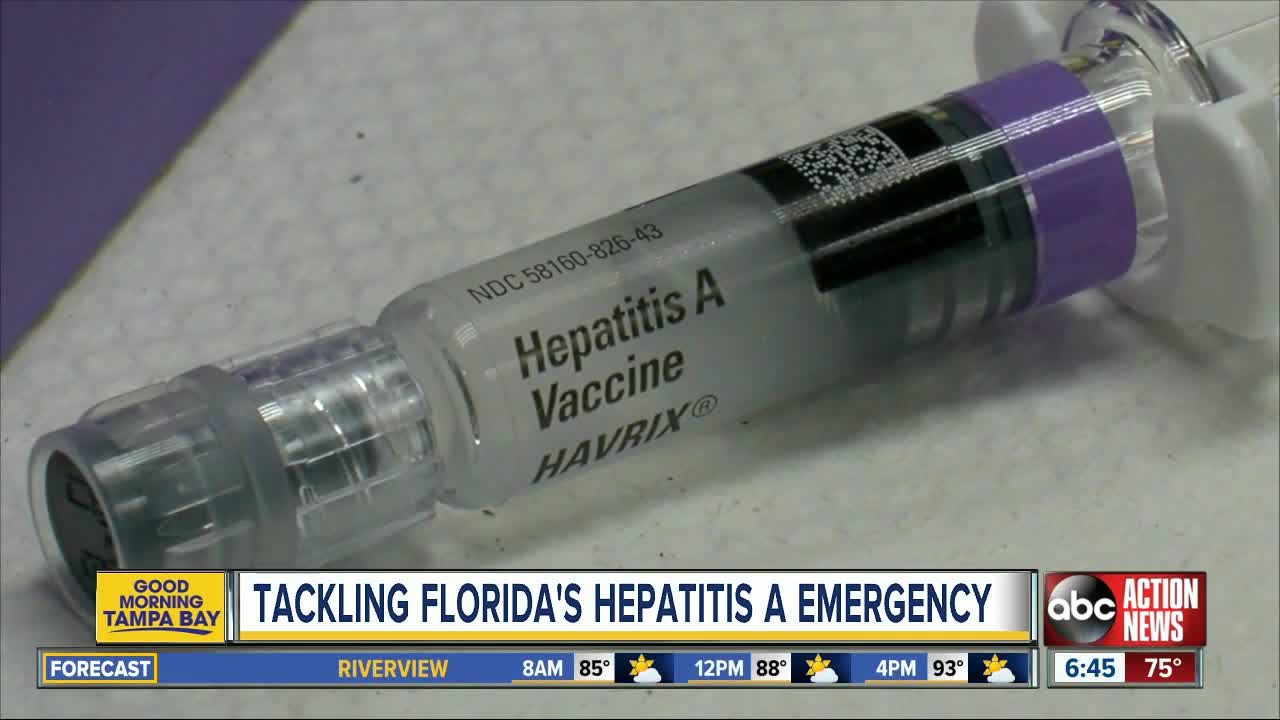 The state’s new surgeon general said hepatitis A has had a “serious impact” on Florida. 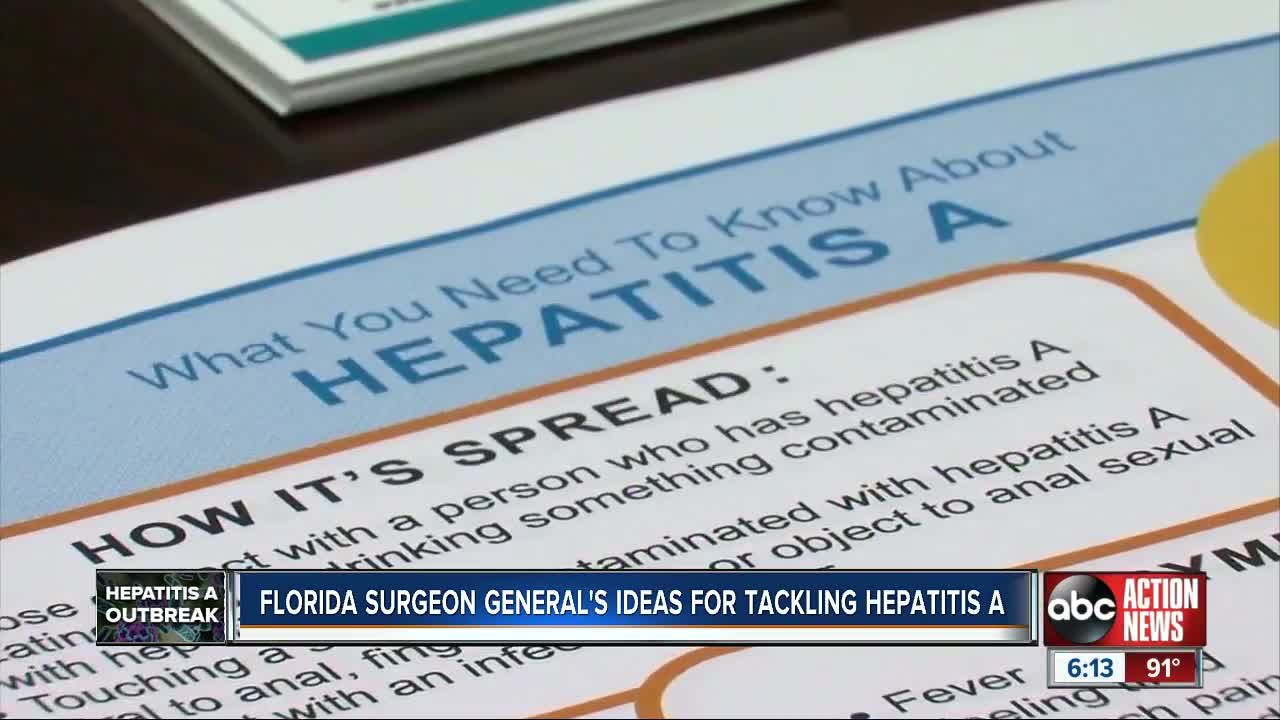 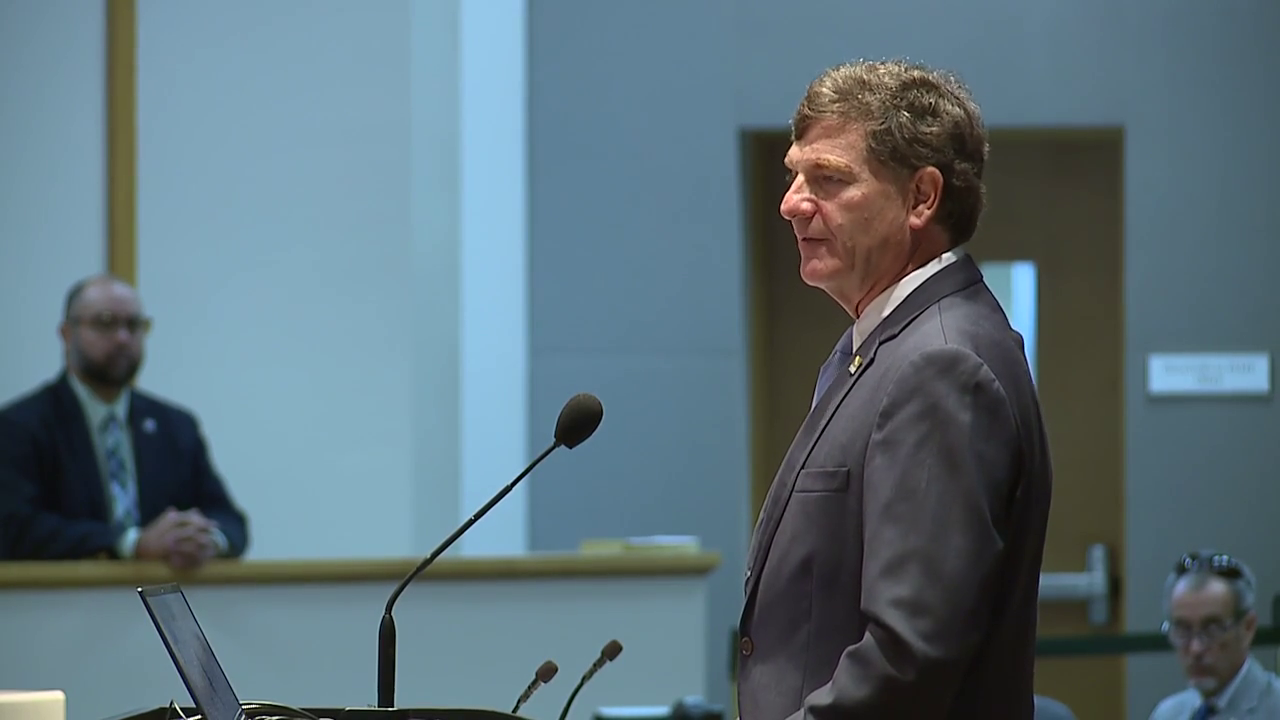 TALLAHASSEE, Fla. — Hepatitis A has had a “serious impact” on Florida. The state’s new Surgeon General said that Tuesday, addressing lawmakers for the first time.

Dr. Scott Rivkees updated the Senate Health Policy Committee on the outbreak’s status. It was declared a health emergency, in August.

The latest numbers show more than 3,000 cases in the state since the outbreak began in 2018. At least 40 people have died.

Hepatitis A can be spread through feces and is associated with poor hygiene. Those most at risk of catching it are illicit drug users and the homeless, Rivkees said.

The health administrator didn’t believe the outbreak would subside until many of those people were vaccinated.

“According to the CDC,” he said, “we need to vaccinate 80 percent of the high-risk population before we are going to be able to control this outbreak.”

That equates to about 392,000 people. To make it happen, Rivkees said they’ve upped resources for county health offices, started an education effort, partnered with jails and homeless shelters. Officials are even offering incentives like bus passes or free socks to those leery of vaccinations.

The committee's chair, Sen. Gayle Harrell (R-District 25) called the outbreak costly in lives and dollars. She expected the state’s health emergency would be extended until the crisis was dealt with.

"We have really got to get control of this,” she said. "I don't think we have control of this yet -- until we have a significant number of people vaccinated in those vulnerable populations."