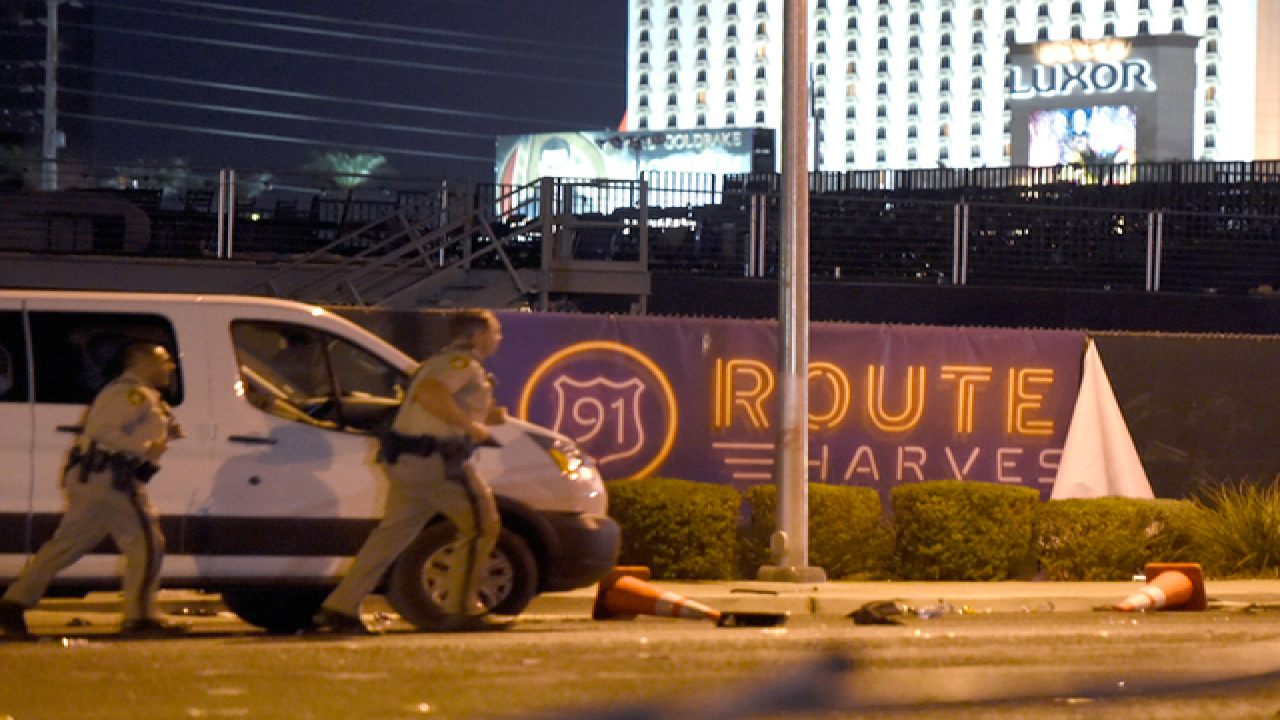 Image copyright 2017 Getty Images. All rights reserved. This material may not be published, broadcast, rewritten, or redistributed.
David Becker Copyright Getty Images
<p>LAS VEGAS, NV - OCTOBER 02: Las Vegas police run by a banner on the fence at the Route 91 Harvest country music festival grounds after an active shooter was reported on October 2, 2017, in Las Vegas, Nevada. A gunman has opened fire on a music festival in Las Vegas, leaving at least 20 people dead and more than 100 injured. Police have confirmed that one suspect has been shot. The investigation is ongoing. (Photo by David Becker/Getty Images) Photo By: David Becker Copyright Getty Images</p> 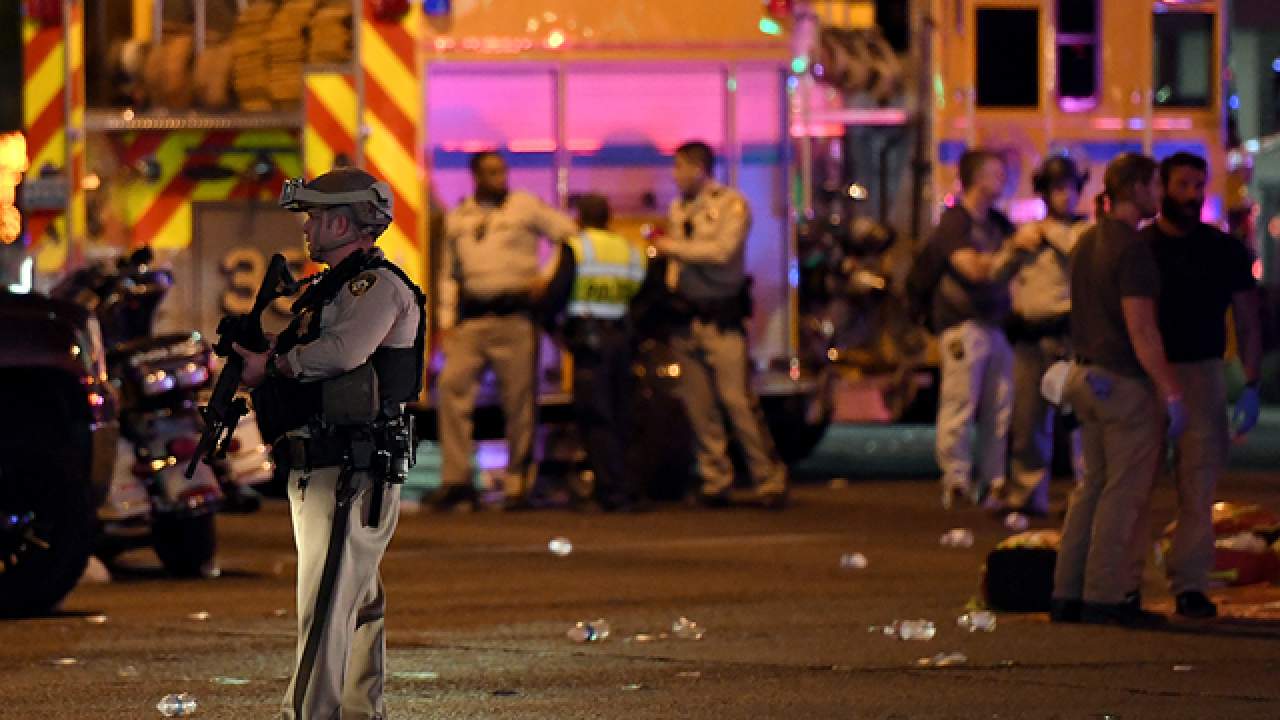 Stephen Craig Paddock, the man police identified as the Las Vegas shooter, had ties to Florida.

It appears he owned the property from May 2013 to May 2015, when he sold his home to a couple, according to records.

His brother, Eric, who lives in Orlando says he was dumbfounded by the incident.

"There's absolutely no way I can even conceive that my brother would shoot a bunch of people that he doesn't even know," said Eric Paddock.

His 57-year-old brother spoke to us from the sidewalk in front of his Orlando home saying his older brother had once been an accountant, they owned real estate together and he had recently moved him from Melbourne back to Las Vegas.

"Yes, he had a couple of guns. I mean, it's legal to own a couple of guns in the United States. He did not own machine guns that I knew of in any way, shape or form. He didn't own them when I moved him to Melbourne," he said.

Paddock says his brother had been married at one time, had no children and had a girlfriend of two years.

He also says his brother was a professional video poker player who won big money and cars at Las Vegas casinos.

"He was a wealthy guy and he liked to play video poker. He liked to go on cruises," he said.

His brother did confirm their father was a bank robber who broke out of prison in the late 1960's and was once on the FBI's 10 Most Wanted List.

His brother also says claims by ISIS are bogus.

"Steve had nothing to do with any political organization, religious organization. No white supremacist, nothing, as far as I know," he said.

Paddock's niece Nicole Paddock lives in East Orlando, according to News 6 in Orlando. A reporter who spoke to her said she was "shocked and disturbed" to learn that her uncle was identified as the gunman.

Stephen Paddock, 64, was found dead in a hotel room with as many as 10 firearms, police said. They think he killed himself before police broke into his room.

Authorities say that 406 people were taken to hospitals and 50 of those are dead, including an off-duty Las Vegas police officer. His name was not immediately released.

The Associated Press contributed to this report.