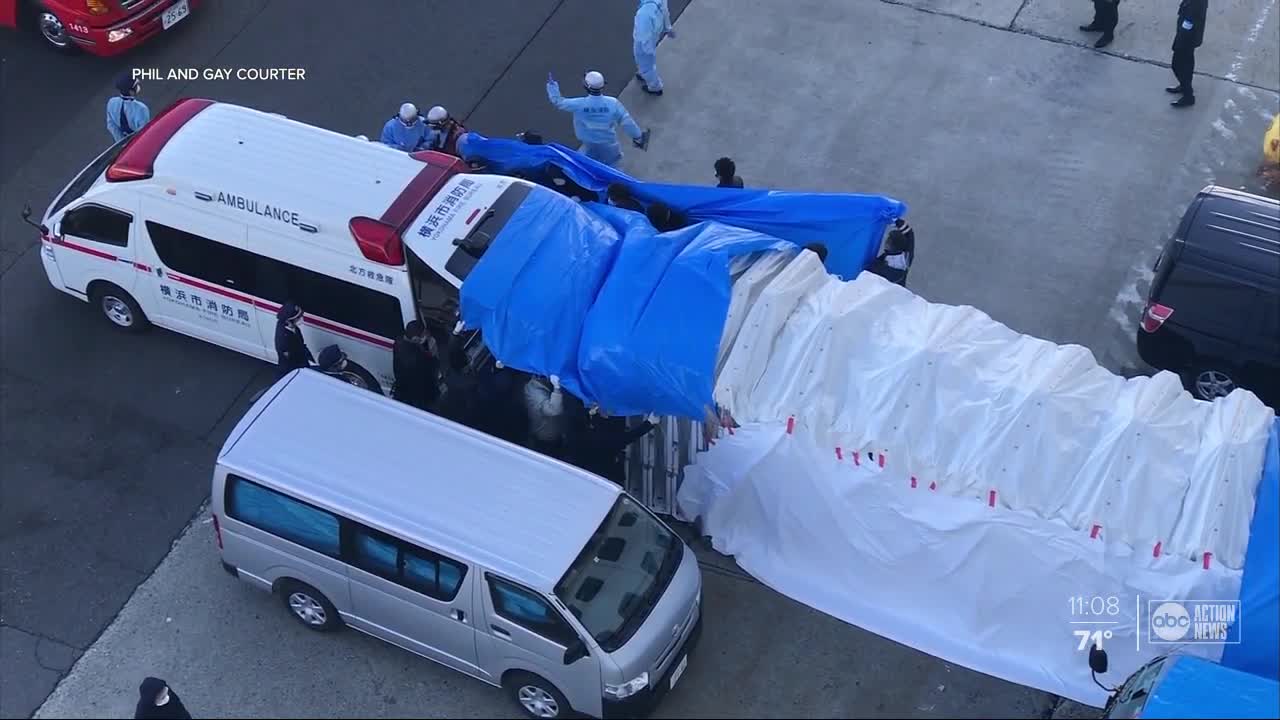 Japan’s health ministry said Wednesday that 39 new cases of a virus have been confirmed on a cruise ship quarantined at a Japanese port. 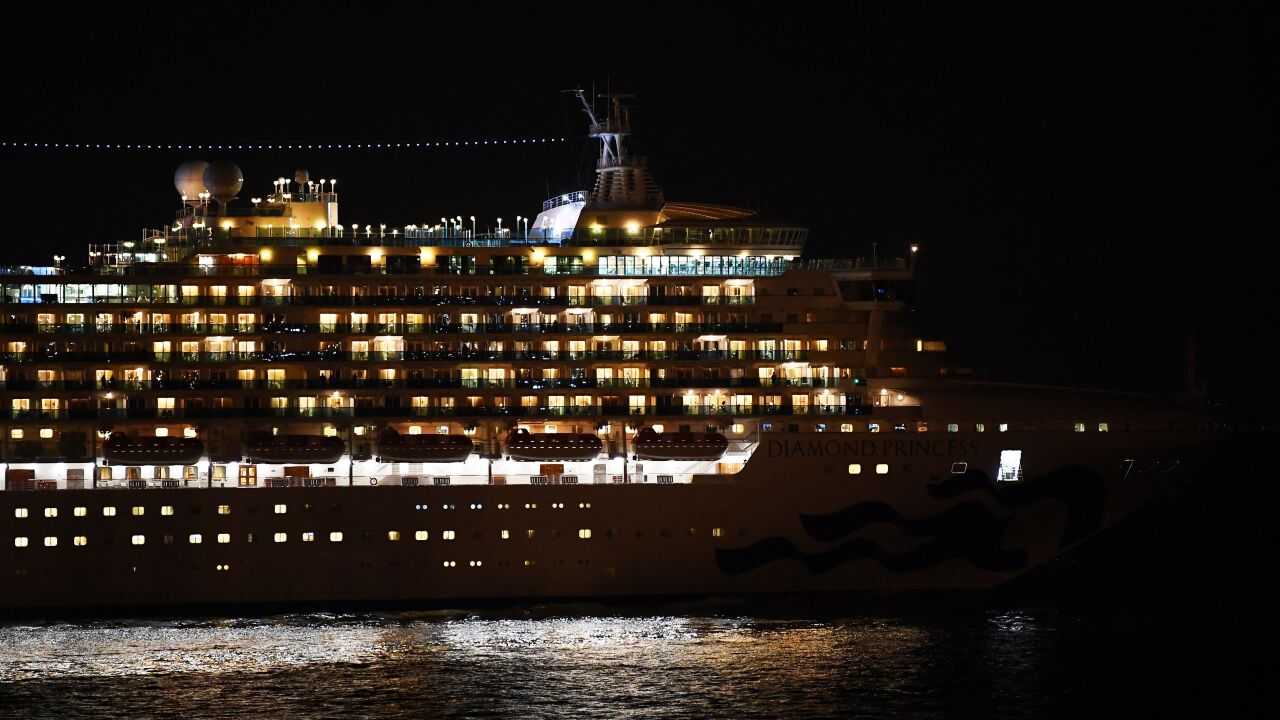 TOKYO (AP/WFTS) — Japan’s health ministry said Wednesday that 39 new cases of a virus have been confirmed on a cruise ship quarantined at a Japanese port.

The update brings the total found on the Diamond Princess to 174 cases.

The ministry also said the virus was confirmed in a official who participated in the initial quarantine checks the night the ship returned to Yokohama Port near Tokyo on Feb. 3. The quarantine official is being treated in the hospital.

The new cases bring Japan's total to 203 people infected by the the new virus, COVID-19.

On Tuesday, ABC Action News spoke with Gay Courter, of Crystal River, who is stuck on the cruise ship with her husband.

"Everybody needs to get off this ship now," warned Courter. "This is a dire situation now. We need to come out as soon as possible."

The night of the ship's arrival, Japanese health officials began medical checks on all of the ship's 3,700 passengers and crew after one previous passenger tested positive for the virus.

"That says to us that authorities are admitting that it’s not possible to preserve safe quarantine conditions on the ship and they’re taking off the most vulnerable," she said.

The U.S.-operated Diamond Princess had completed a 14-day tour during which it stopped at Hong Kong and several other Asian ports before returning to Japan. An 80-year-old man who disembarked in Hong Kong tested positive for the virus, prompting Hong Kong to notify the ship and Japanese authorities, who then ordered the quarantine and testing.

Concerns over the virus have rerouted and canceled other cruises. The Westerdam cruise ship carrying 2,257 passengers and crew is now in the Gulf of Thailand with nowhere to dock after being refused entry in Japan, Taiwan, the Philippines and Thailand. There are no confirmed cases of the virus on board, but it stopped in Hong Kong less than two weeks ago, which is within the incubation period of the virus.

COVID-19 is a coronavirus that emerged in China in December.