Hurricane Sally evacuation need could be in the 'thousands,' Escambia County Sheriff says 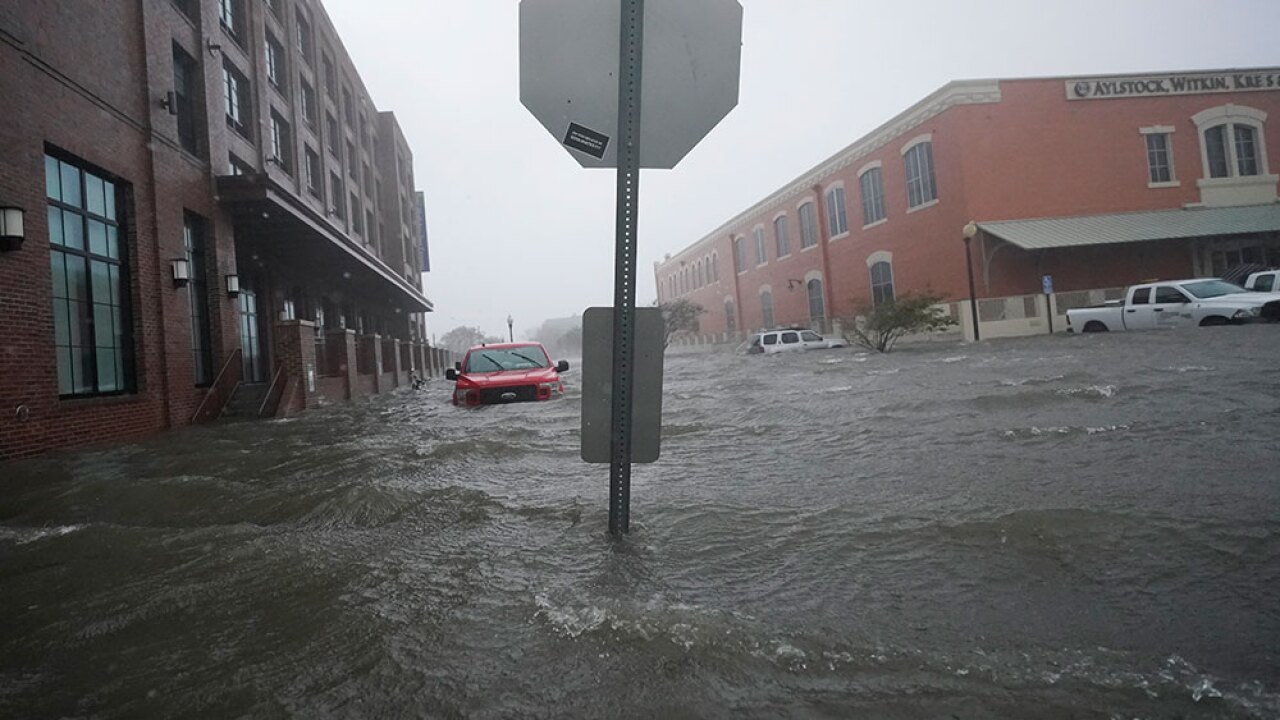 (Copyright 2020 The Associated Press. All rights reserved. This material may not be published, broadcast, rewritten or redistributed.)
Gerald Herbert (AP)
Flood waters move on the street, Wednesday, Sept. 16, 2020, in downtown Pensacola, Fla. 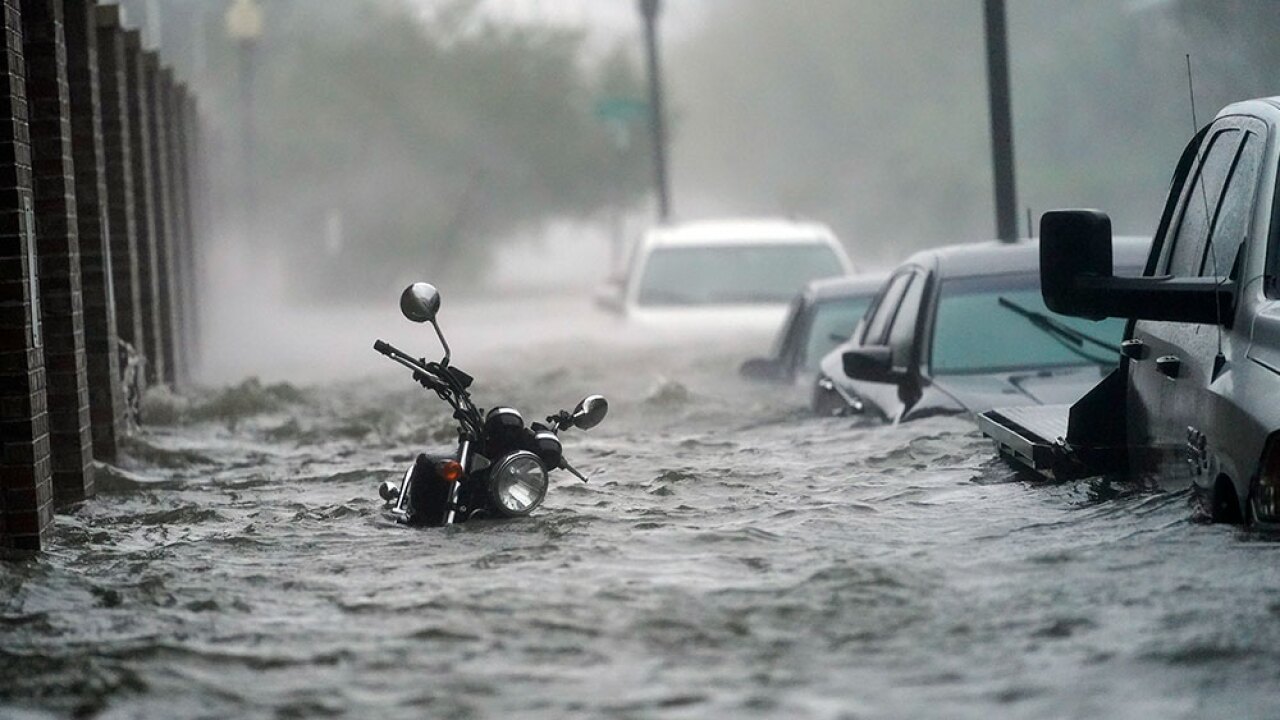 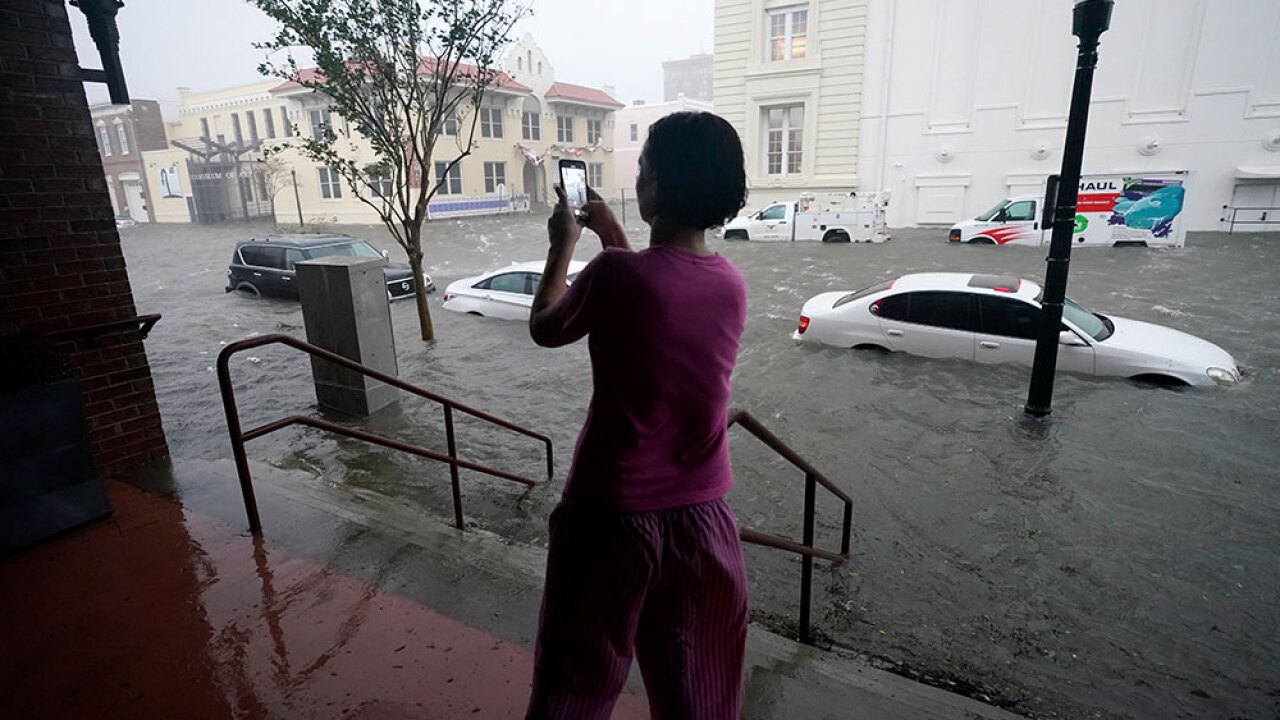 ESCAMBIA COUNTY, Fla. — Authorities in Escambia County are working to rescue people stranded in areas flooded by Hurricane Sally, and Sheriff David Morgan said the number could be in the thousands.

"We anticipate the evacuations could literally be in the thousands," Morgan said during a press conference.

Morgan described the "devastating effects" of Sally and encouraged people to stay home.

"If you're in a life-threatening situation give us a call," Morgan said. "Do not take your life or your family's life into your own hands."

Morgan said crews from the Coast Guard in Jacksonville have been deployed to help.

The Escambia County Sheriff's Office said on Facebook they're working with the National Guard and Escambia County Fire Rescue with high water vehicles to get to those who need help.

The National Hurricane Center said at 10 a.m. that Sally is causing, "catastrophic and life-threatening flooding" to portions of the Florida Panhandle and southern Alabama.

Sally made landfall early Wednesday morning near Gulf Shores, Alabama as a Category 2 storm. As of 2 p.m., Sally has been downgraded to a tropical storm.