It is effective immediately 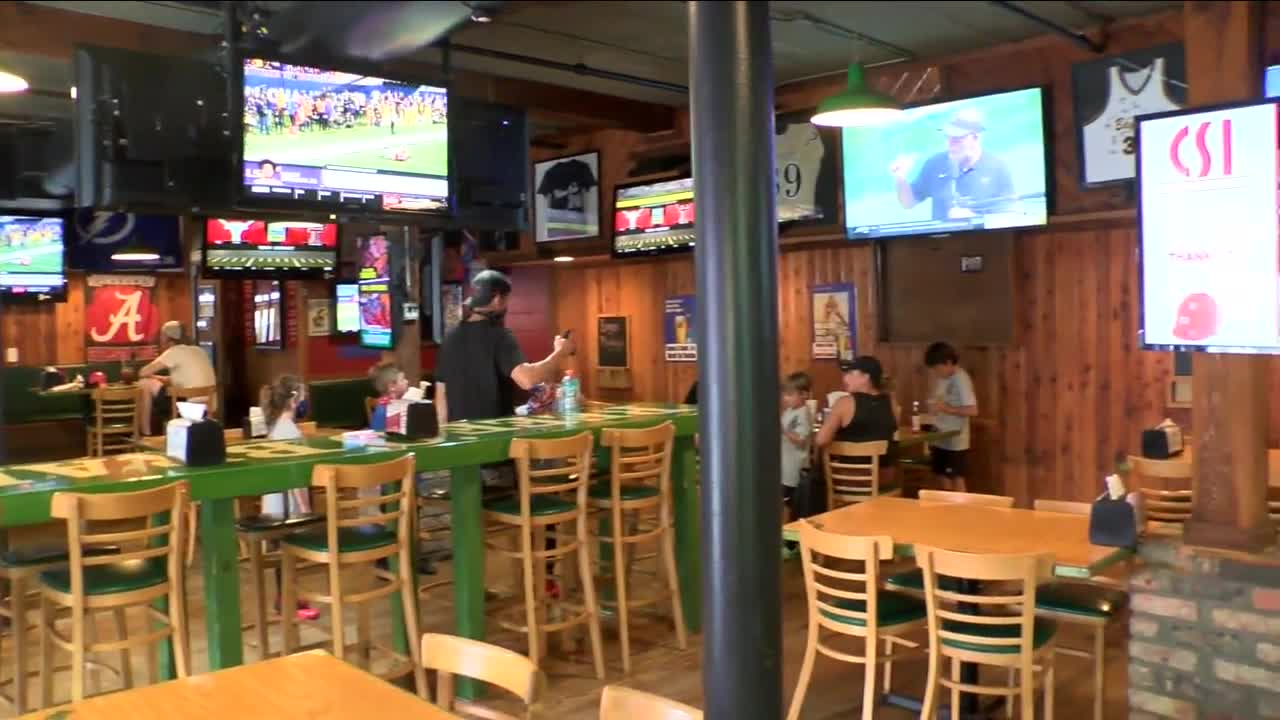 From St. Petersburg, DeSantis said that restaurants and other businesses may operate immediately at full capacity. 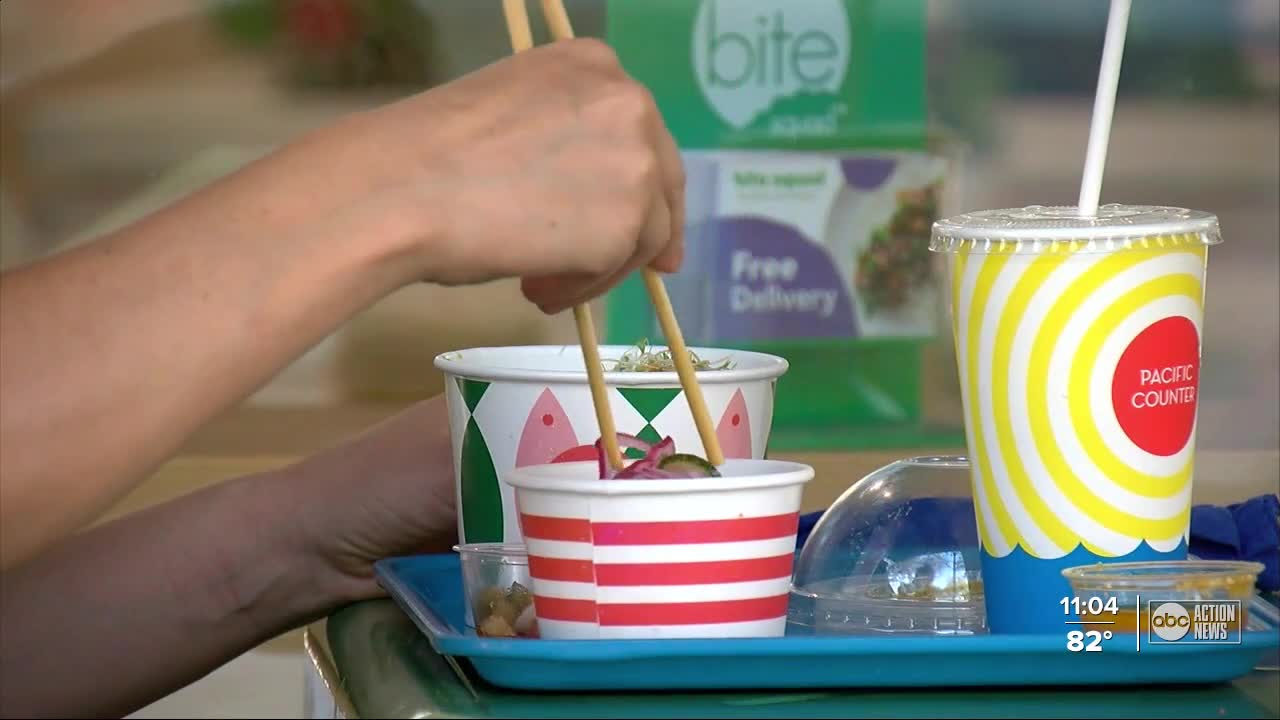 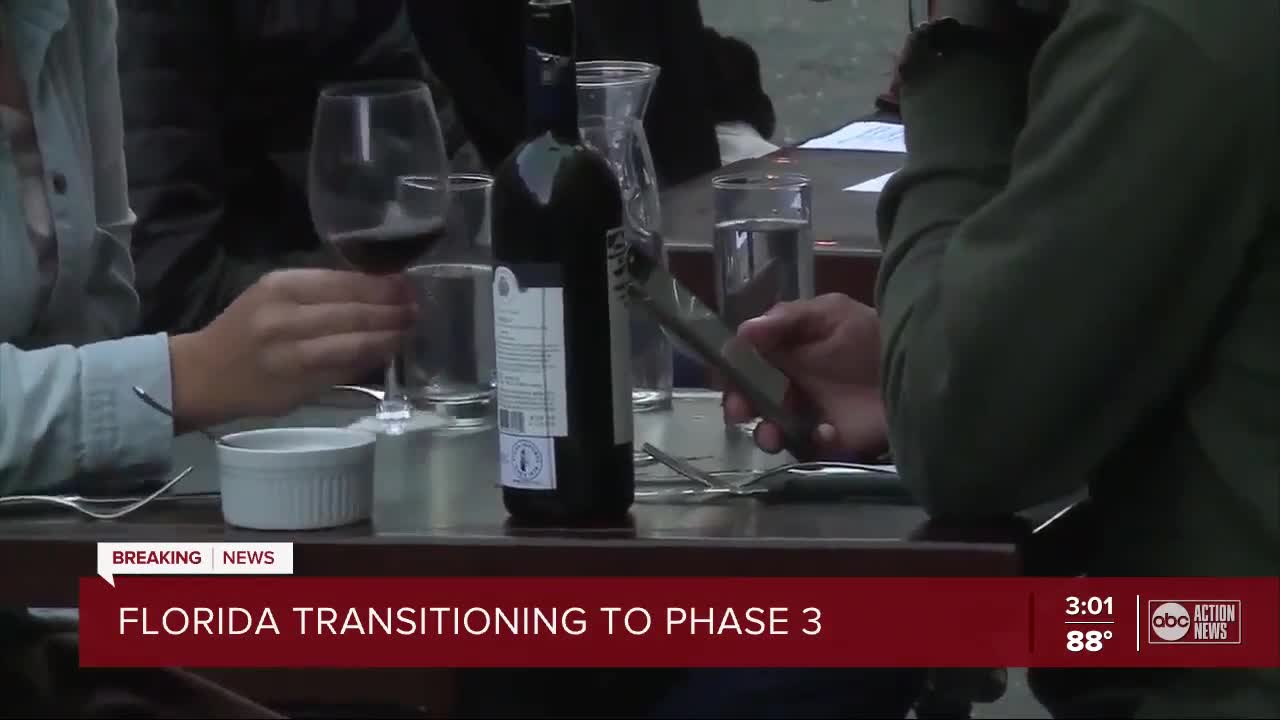 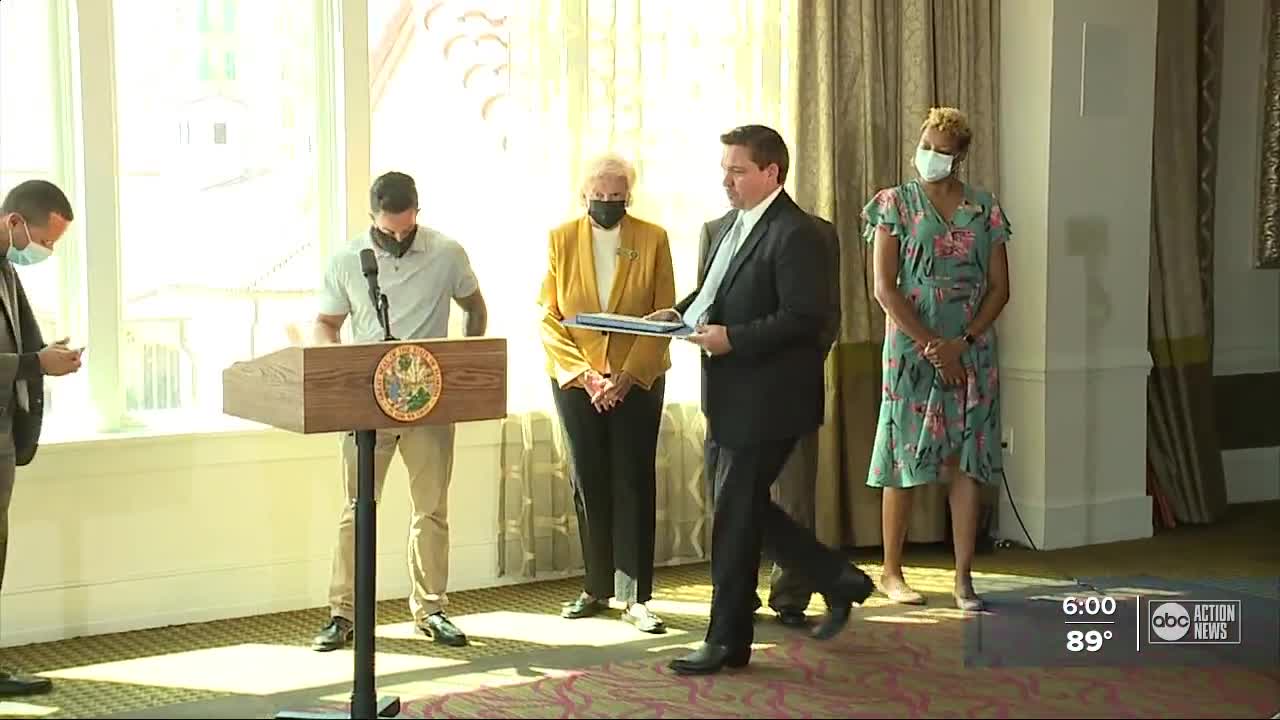 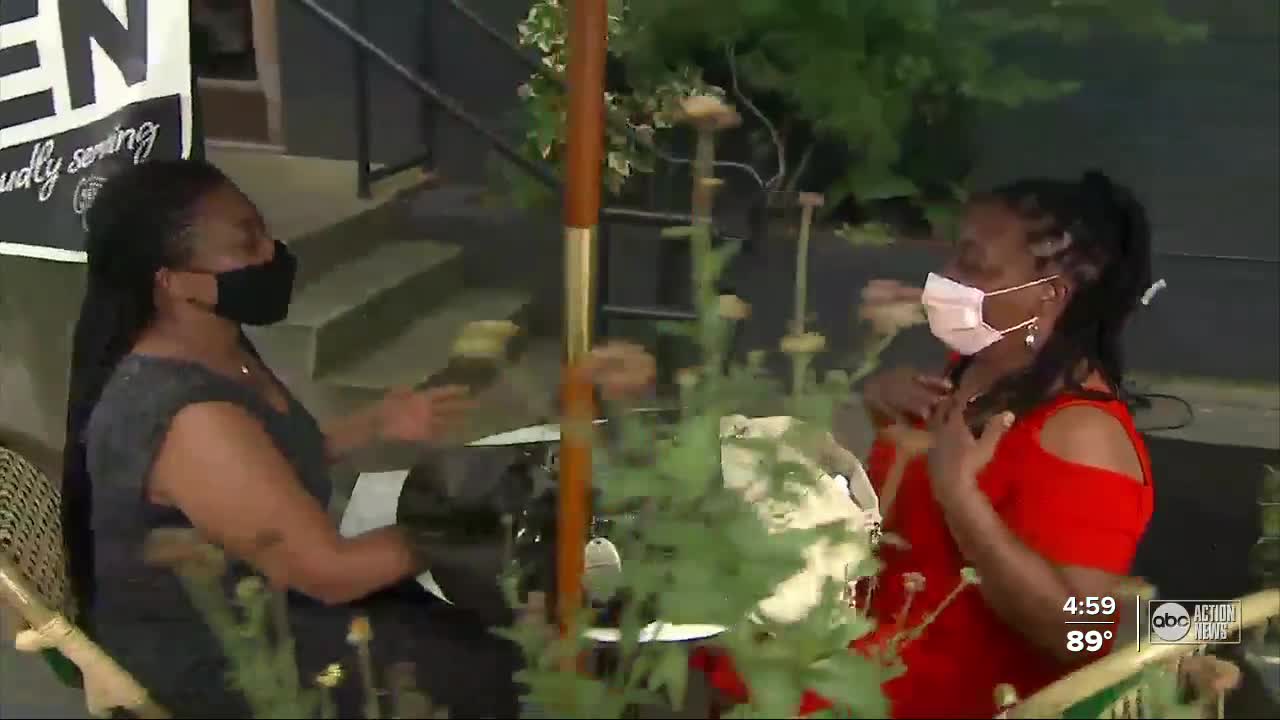 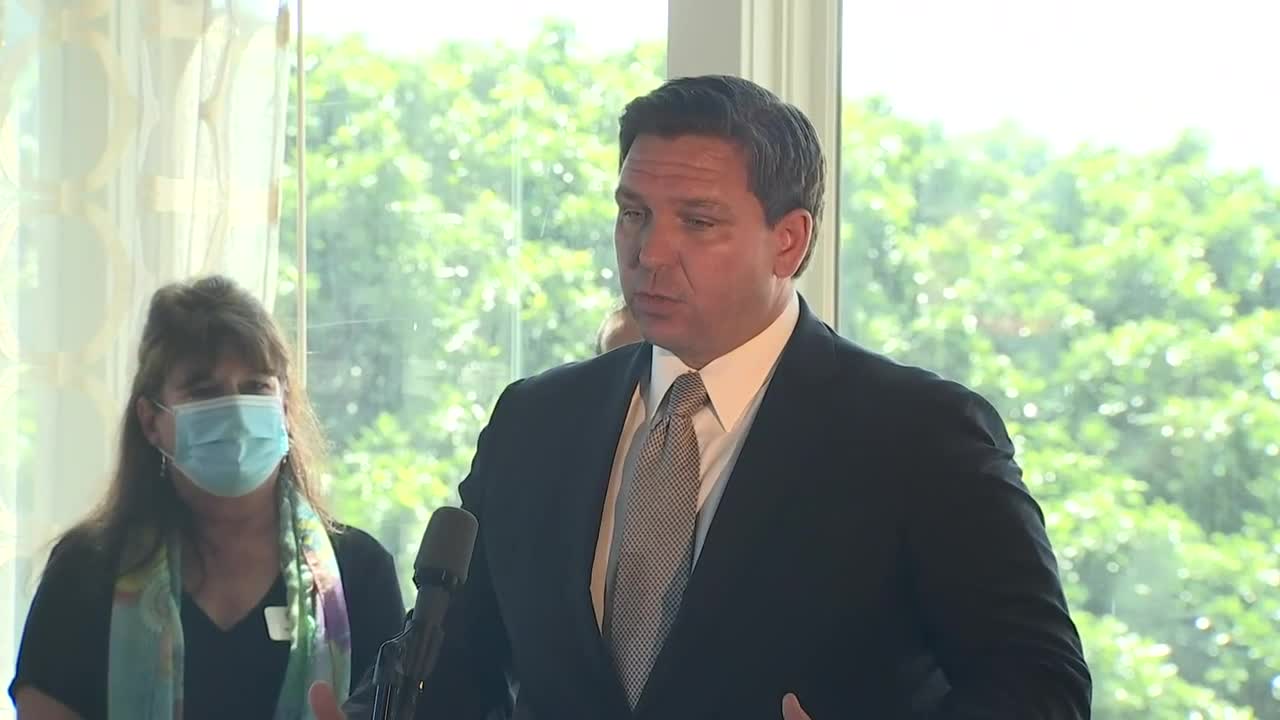 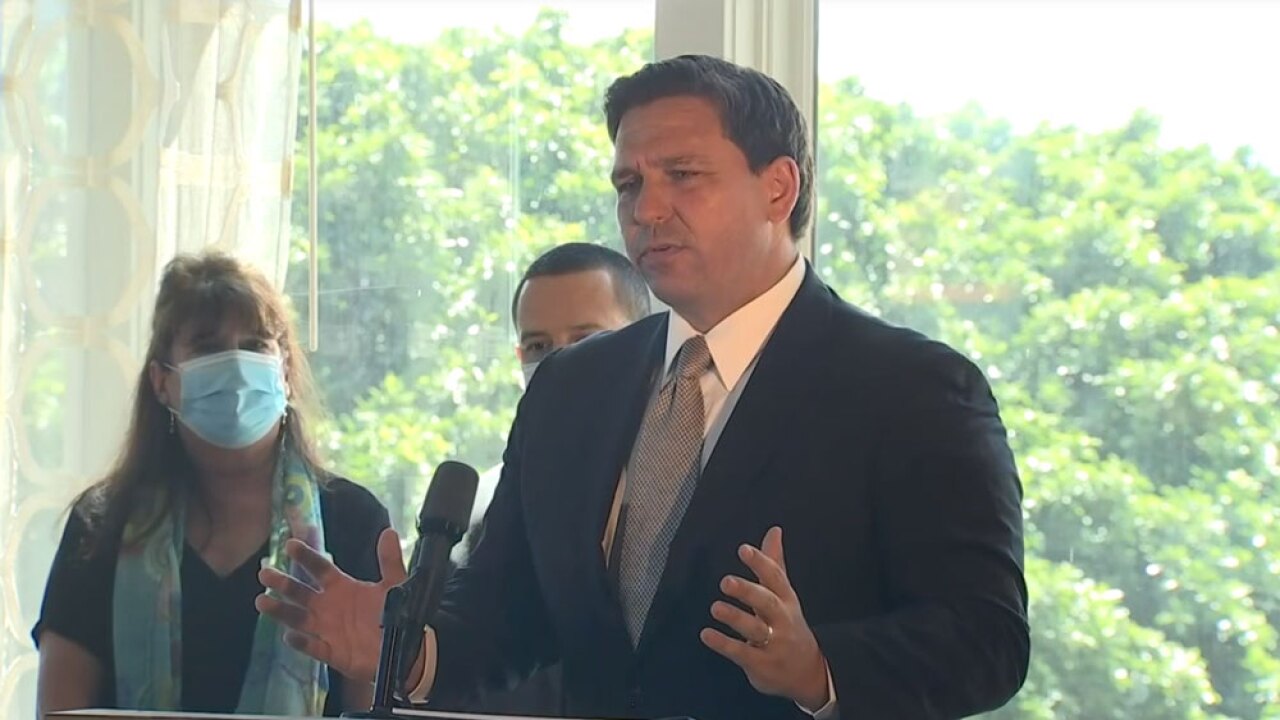 Effective immediately, Gov. DeSantis announced in his press conference in St. Petersburg that restaurants and select businesses can operate at full capacity.

Phase 3 of Gov. DeSantis' "SAFE. SMART. STEP-BY-STEP PLAN" ensures Floridians that restaurants can reopen at a minimum 50% capacity if the local government prohibits them from reopening at full capacity.

“Everybody has an opportunity and the right to work. Every business has the right to operate,” said Gov. DeSantis said.

With Phase 3, Gov. DeSantis said he will no longer place limitations on businesses due to coronavirus concerns.

"There will not be limitations from the state of Florida," Gov. DeSantis said.

Below is the executive order signed by Gov. DeSantis on Friday:

Friday's executive order, which formally puts Phase 3 in effect, ensures that “No COVID-19 emergency ordinance may prevent an individual from working or from operating a business.”

The Florida Restaurant and Lodging Association (FRLA) President and CEO Carol Dover said the pandemic has caused 336,000 people in the industry to lose their jobs.

“The effects on the local and state economy have been significant. I want to thank Governor DeSantis and DBPR Secretary Halsey Beshears for their support as we have navigated this unprecedented time and for allowing us the opportunity to get back to work,” Dover said in a press release.

The announcement comes just days after bars and breweries were allowed to reopen in Florida.

Florida's top business regulator Halsey Beshears announced just 15 days ago that the state is rescinding Executive Order 20-09. The executive order, issued earlier in the summer, suspended bars from serving alcohol on their premises.

Gov. DeSantis said if the local government wants to keep businesses from reopening at a minimum of 50% capacity, they must make their case to the state on why they want to place the restrictions and identify the costs involved.

Gov. DeSantis' office told ABC Action News' Haley Bull that if a restaurant is limited to less than 100 percent indoor capacity, a COVID-19 emergency order must quantify the economic impact of the requirements on those restaurants and explain why it's necessary for public health.

Gov. DeSantis did note that even though the state is moving the economy forward, it doesn't mean the virus has disappeared in the Sunshine State.

"It's something that we're going to have to deal with," Gov. DeSantis said. "But just as all those experts said yesterday, we had our thing. Doing that from a fetal position where society flounders, people are out of work, kids aren't in school. That is not going to work and that's not the way forward for us.”

As of Friday morning, coronavirus has killed more than 13,900 people in Florida and more than 695,000 people have tested positive for the virus, according to a dashboard from the state's health department.

Others expressed concern about the Governor's next step in reopening.

"This is probably something that is not a decision that should have been made quite this early. Looking at the numbers that I’ve been looking at, I think it’s something that could really cause a dramatic increase in cases and lead to a second wave of infections here in Florida," said Thomas Unnasch, Ph.D., a distinguished professor at USF's College of Public Health.

"The number of cases has pretty much been stable for about the last four weeks and so it isn’t doubling but it isn’t declining either. Which means anything that we do at this point in time to release any restrictions is likely to move us back into the exponential growth phase," he said.

In St. Petersburg, restaurants are figuring out what the order means for them.

"Us never even opening to 25% or 50%. Not really sure what we’re gonna do yet, but I was kind of shocked," said Tanner Loebel, the co-founder of Pacific Counter.

The restaurant so far has chosen to remain delivery, take out and patio-dining only, but Loebel said they had already started having discussions about next steps for their dining room.

He said it's been a tough time on the restaurant and hospitality community as a whole.

"It’s a tough decision because on one hand safety is what I’m concerned about we don’t want anyone to lose their life I don’t even want anybody to be sick, you know. So on one side I want to do everything we can to keep as many people healthy as possible but on the other side you do have that employees receive $1,200 back in April and now we’re going into October," Loebel said.

Down the street, the Whiskey Exchange opened for the first time Wednesday.

"We’ve owned multiple places here in downtown. So for my other places and the other owners, it’s definitely a huge spike going back from 50 to 100 with no warning. For here, it’s going to be a big learning curve but we’re ready for it," said owner Greg Mikurak.

"I think it’s one of those things where there have been a lot less cases so it’s about time we started to roll forward. I know we’ve kind of done things faster than everywhere else but it’s also you can see the city wants this. They want to come back. You want that sense of normality basically back," he said.

The Pinellas County administrator said they continue to follow the Governor's phased plan, however, the governor's order doesn't impact the county's local orders, including a requirement for face coverings for indoor facilities, and that customers must be seated to be served at a bar.