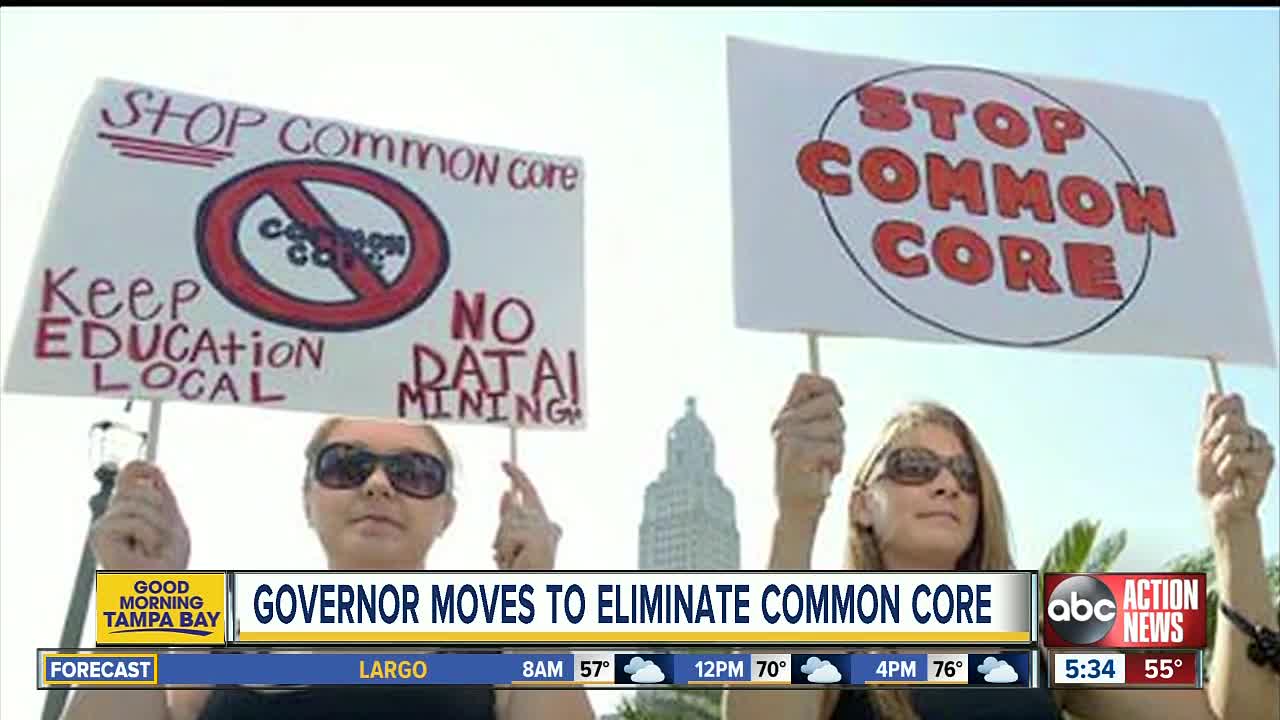 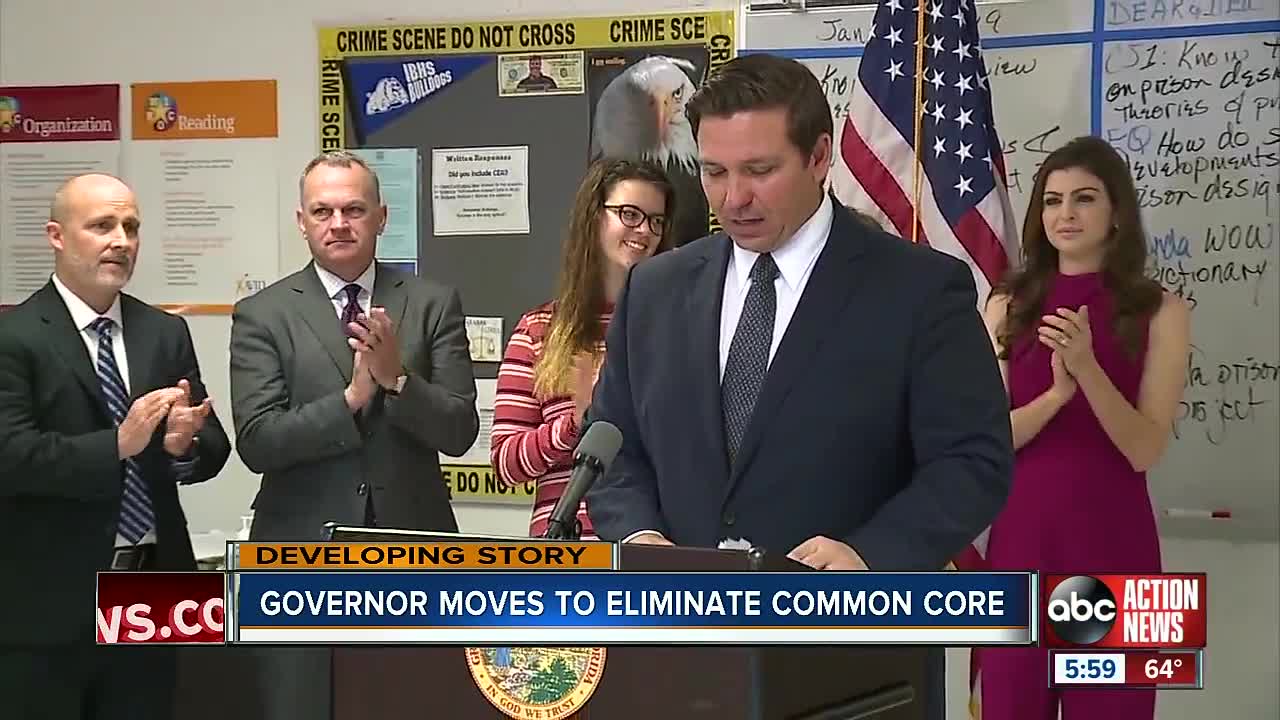 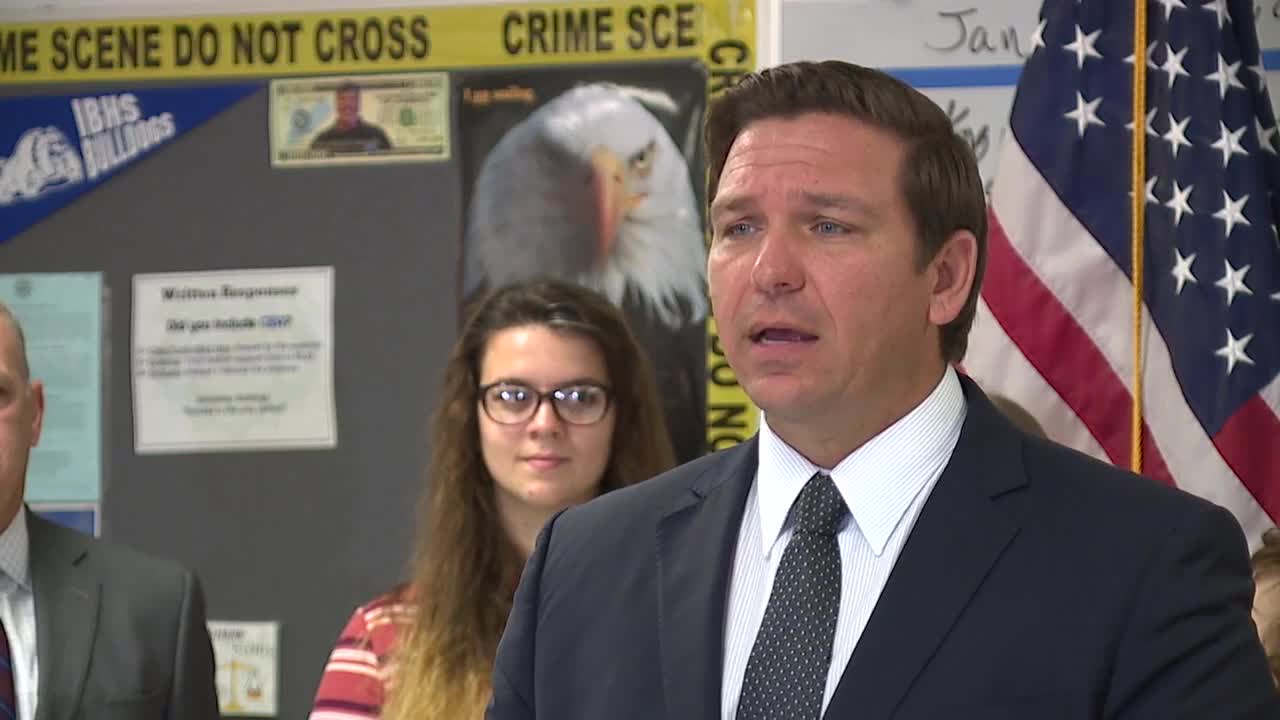 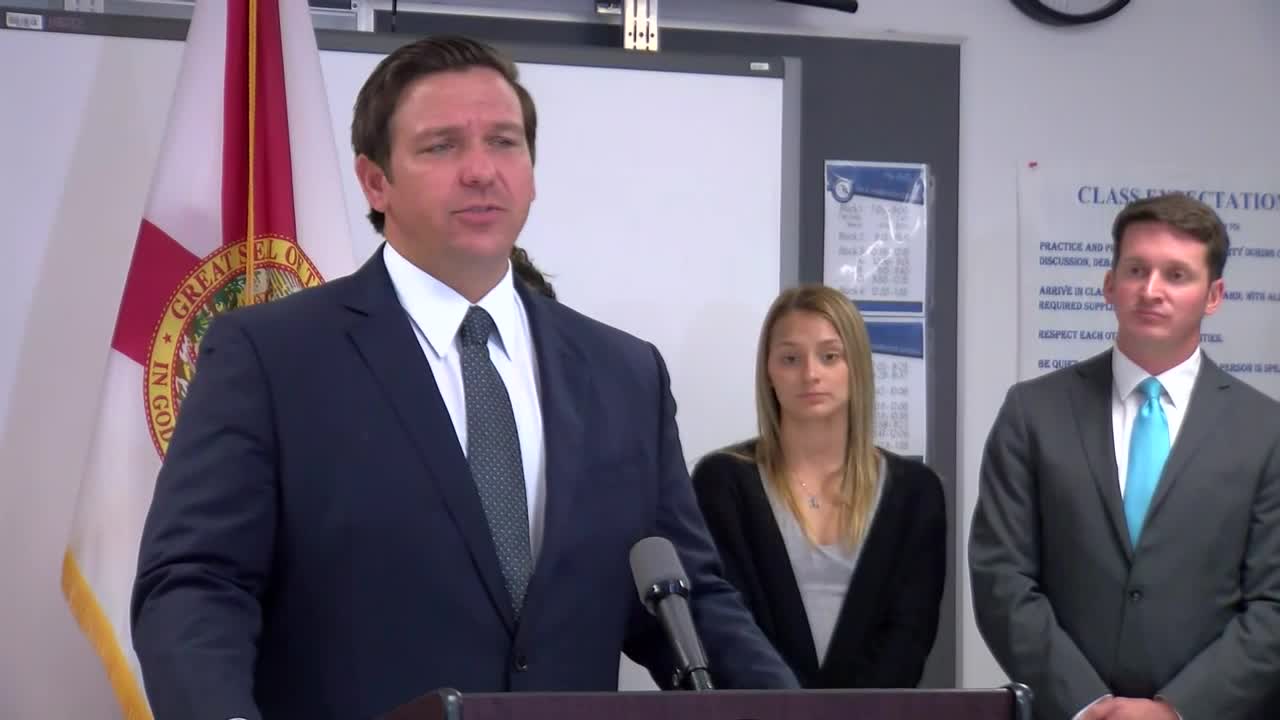 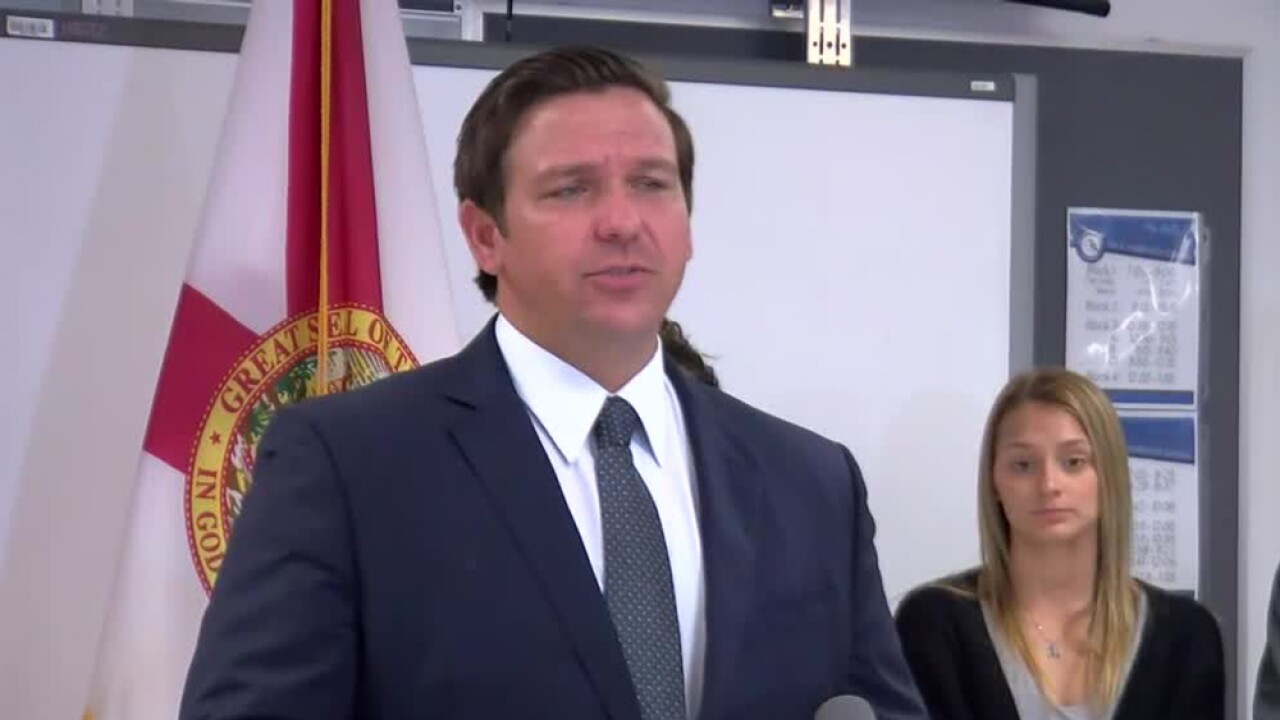 "One of the things we would constantly hear about on the campaign trail is frustration from parents with Common Core and the testing," said Gov. DeSantis at a news conference at Ida S. Baker High School in Cape Coral.

The Governor said he wants to work with the Florida Department of Education, as well as speak with teachers and parents about their experiences with Common Core.

"Let's get this right," said Gov. DeSantis "We want high quality, we want to demand excellence."

The Governor said he wants to streamline standardized testing, make civics a priority in schools, and increase the rate of literacy.

Common Core is a set of academic standards in mathematics and arts/literacy that outline what students should know at the end of each grade. Some parents argued the guidelines were too rigid and required too much testing for students.

"When you complained about Common Core, I hear you. I told you I would do something about, and today we're acting to bring those promises into reality," said Gov. DeSantis.

The president of the Hillsborough Classroom Teachers Association, Robert Kriete, said he was surprised by the announcement.

"We don't have enough information to actually tell you that we're for or against it," Kriete said.

However, he says they are optimistic and that the priority is educating students.

"We're just not going to turn our back because he wants to do something different," Kriete said.

Kriete said their teachers are capable of handling a new standard, but it is going to take time and money.

"I hope the governor recognizes that unfunded mandates just are not going to work for public education," Kriete said.

"I commend the governor for taking bold stands and staying true to his promises. I completely support streamlining standardized testing, increasing civics education, and improving literacy.
However, I ask Governor DeSantis and Education Commissioner Corcoran to consider the amount of time, funding, and effort teachers, administrators, and school districts have invested in professional learning, curriculum, materials, and resources that align with our current standards. I understand that parents have had difficulty grasping some of the standards, and there may be a need to adjust some of them. My concern is that we not lose ground in the progress we have made toward ensuring our students are prepared for the demands of college and the workforce.We look forward to working with our state leaders to assure that the development of new K-12 standards is deliberate and focused on preparing all students for success in college, career, and life."

On Wednesday, the Governor held a news conference at Tampa Bay Technical High School, where he announced a plan to improve Florida's workforce education program.