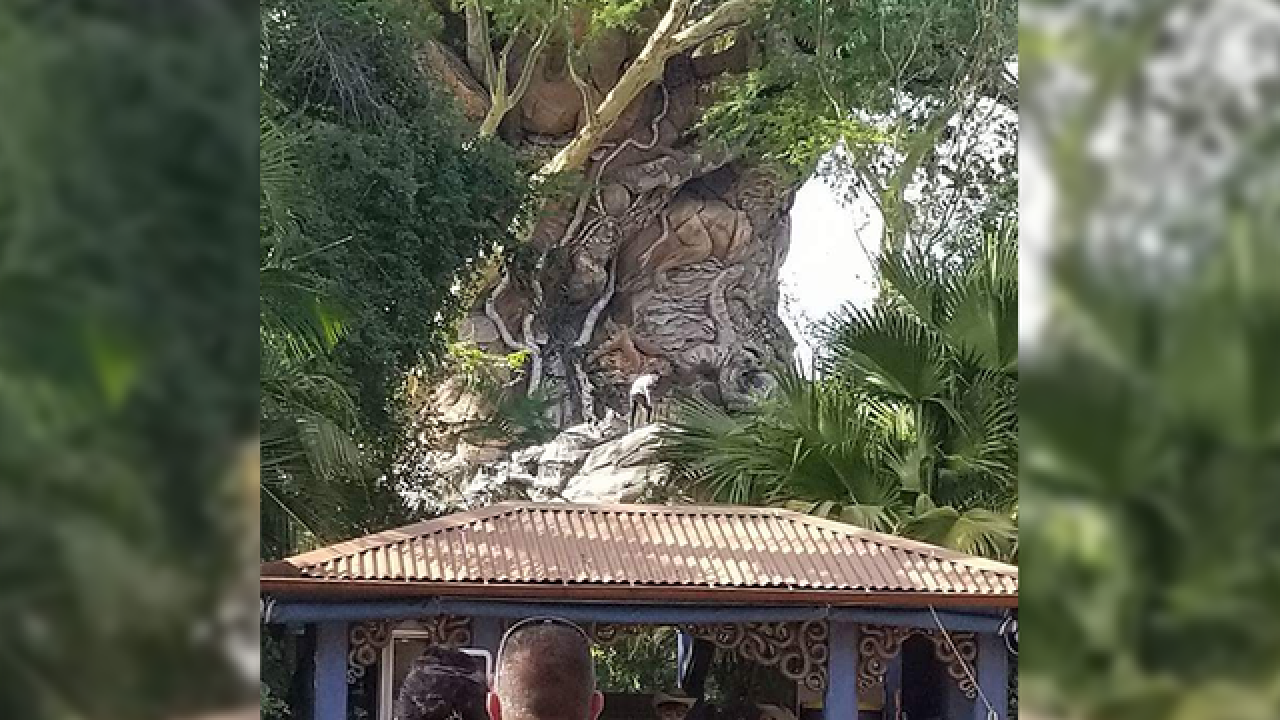 ORLANDO, Fla. -- We're going out on a limb here, but we're pretty sure this is something you're NOT supposed to do when visiting Disney World.

Four park-goers were caught attempting to climb the famous "Tree of Life" in Animal Kingdom at Disney World on Sunday afternoon.

Ryan Orton took a photo of the incident in Disney's Animal Kingdom park on Sunday around 2 p.m.

Orton tells ABC Action News "park security swiftly acted and got them down in about 20 minutes. As far as anyone knows they were "spoken to" by park security."

Ryan shared the photo on Reddit and immediately sparked a viral conversation.

ABC Action News has reached out to Disney World for comment on the incident.