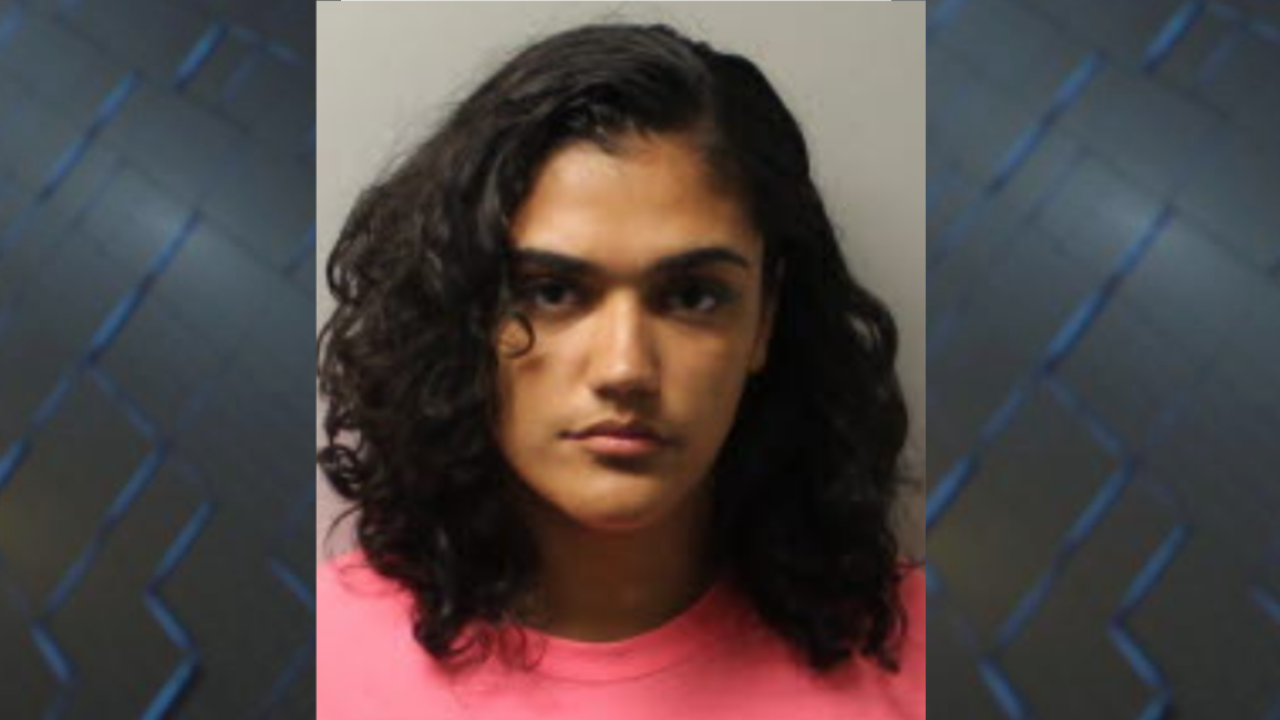 TALLAHASSEE, Fla. (WTXL) — A 20-year-old has been arrested after police say she threw a knife at her roommate's head during an argument.

According to an arrest report, Tallahassee Police responded to Republic Apartments on Mission Road in regards to an assault that occurred on Tuesday. Police say the call notes stated that the suspect had thrown a knife at her roommate's head during an altercation and the victim was currently bleeding.

Documents say the suspect had left the scene in a blue Toyota Camry after the altercation. Police later identified the suspect as 20-year-old Jacquelynn Casiano.

When police arrived on the scene, they immediately began speaking with the victim. They say the victim was holding paper towels on top her head to stop herself from bleeding. Investigators also noted that the victim was upset and had a deep wound on her head, a cut on her back and red marks on chest, according to the arrest report.

The victim told police that she and Casiano never got along and most recently, Casiano had accused the victim of keying her car which escalated their conflict. The victim said that she came into the home to grab some items so she could go stay with a friend, but Casiano confronted her and followed the victim as she got into her car.

According to the victim, Casiano demanded that she roll her driver's window down. When the victim complied, Casiono started yelling and punching the victim in the chest. When Casiano began assaulting her, the victim put the car in reverse and tried to leave the area.

However, documents say Casiano put her foot underneath the car and threatened that if the victim ran over her foot, she would call the police. At this point, the victim said she couldn't leave, so she put the car in park, got out, and continued to argue with Casiano.

As the argument continued, the victim said she asked Casiano to stop screaming at her. But when she turned around, Casiano threw a knife at the victim's head, leaving a laceration on the top of the victim's head. Casiano also threw additional silverware at her car.

Leon County EMS assisted police on scene and transported the victim to a local hospital. While police were investigating the scene, they found silverware on the ground by the victim's car. Documents say police also spoke to witnesses who lived nearby and their account supported the victim's story.

Later that day, police received a call saying that Casiano had returned home. Police then went back to the apartment and placed her under arrest.

According to documents, Casiano was transported to the Leon County Detention Center. She is being held without bond on aggravated battery and assault charges.