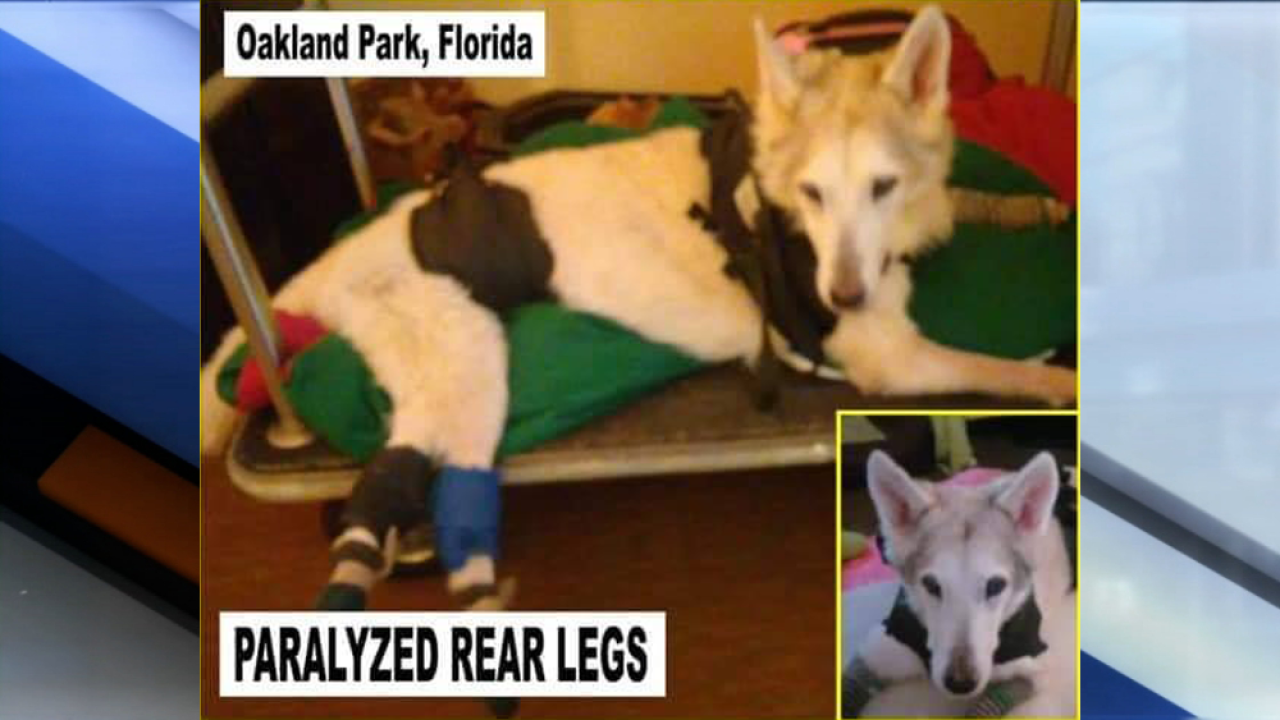 UPDATE — Zorra was found dead five days after the car was reported stolen.

Police say Francois left Zorra in the station wagon to die in the Florida heat.

ORIGINAL STORY — Florida animal rescue groups are helping a woman find her beloved disabled dog after her car was stolen with the husky mix inside.

WFOR-TV reports Wanda Ferrari had left the car running with the air conditioning on for her dog Zorra while she popped into a Dollar Tree store in Oakland Park, Florida.

Zorra uses a pink wheelchair to walk because its back legs are paralyzed. But the 13-year-old dog was lying on a pillow in the backseat and not in the wheelchair when the 2005 blue Volvo station wagon was taken.

Ferrari says the dog is her constant companion as she deals with a breast cancer recurrence.

Rescue group 100+ Abandoned Dogs of Everglades Florida hired a pet detective and is now offering a $2,000 reward for returning the dog.