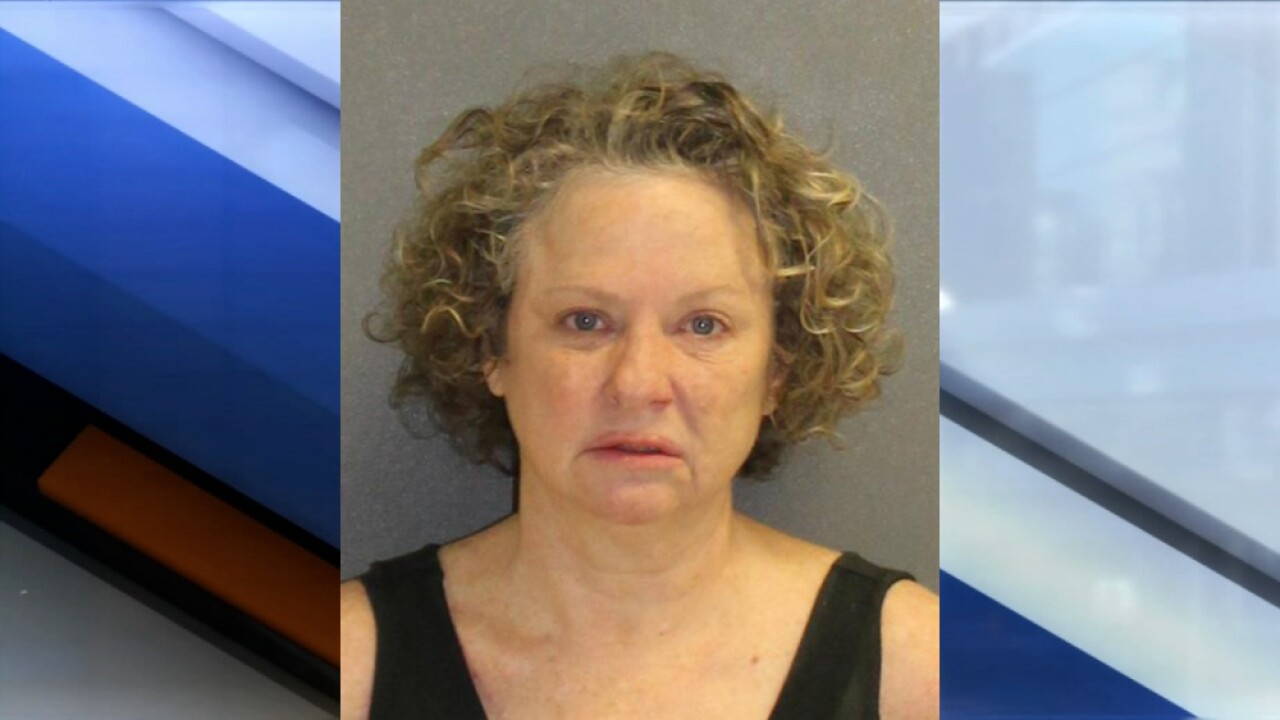 VOLUSIA COUNTY, Fla. — A Florida woman who was arrested for driving under the influence can be heard on body camera video threatening a sheriff's deputy with violence, telling him, "My KKK friends will burn your family."

Edwards was arrested for driving under the influence and now faces charges for that along with resisting an officer without violence, making a threat against a law enforcement officer and refusing to submit for testing.

The arrest report says she also told the deputy, "n****rs should've never been let out of slavery."

"Deputy King is of African-American descent and knows the history behind the KKK and the pain and torture they have caused and still cause to African-Americans today," the arrest report says.

Deputy King smelled alcohol on Edward's breath, noticed her slurring her speech and says she was uneasy on her feet, according to the arrest report. She refused to provide a breath sample or perform field sobriety tests.

While Deputy King was filling out paper work in his cruiser, Edwards began her verbal assault. She can be heard throughout the video threatening him.

She tells him the Ku Klux Klan will burn crosses on his property and says she hopes he doesn't have any children.

"Kudos to Deputy King for his calm response to all the racist garbage this KKK Enthusiast could throw at him," Volusia County Sheriff Mike Chitwood said. "All law enforcement officers learn to deal with people at their worst, but this level of ignorance is something else. Great job Deputy King and thank you to everyone condemning the hate in this video!"

Edwards was arrested on February 8 and taken to the Volusia County Jail, but records show she is no longer in custody. She is scheduled to appear in court on March 6.