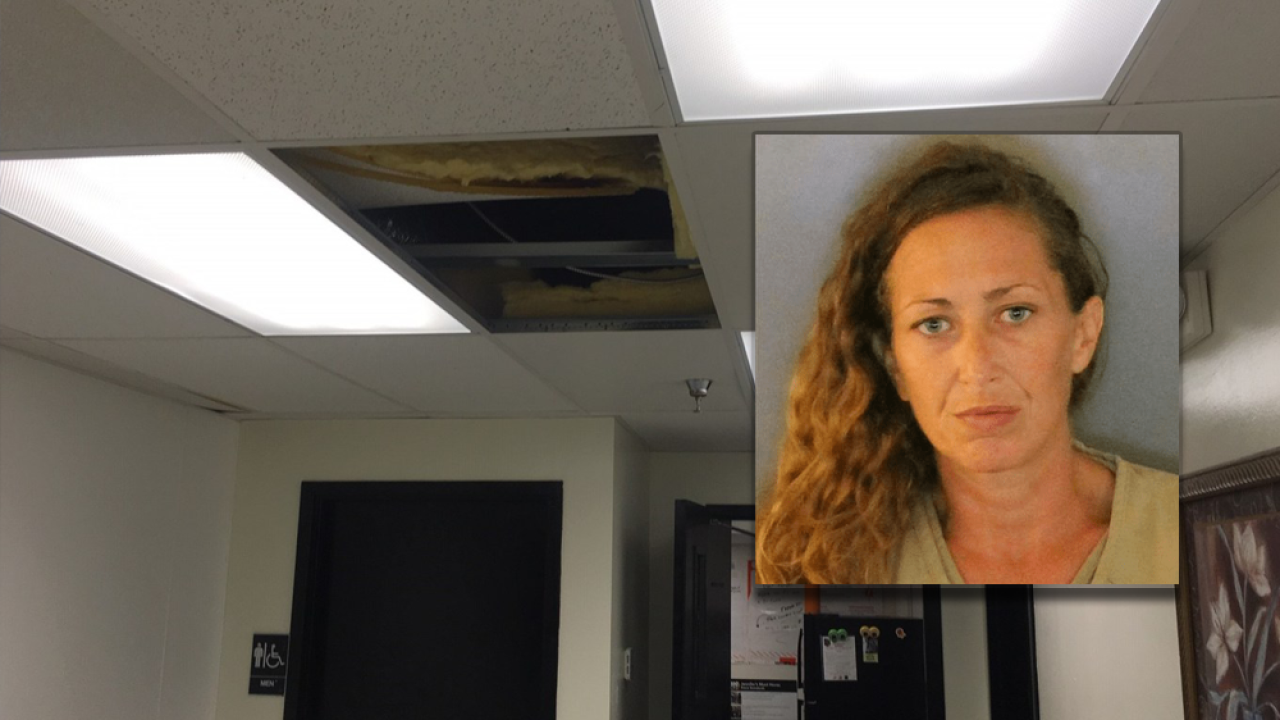 CHARLOTTE COUNTY, Fla. — A woman accused of shoplifting from a Big Lots in Charlotte County sent deputies on a wild chase Thursday night after she climbed into the store's ceiling when she heard they were on the way — and stayed there for more than 6 hours.

The store's manager called authorities after Kristina Perkins, 37, took an entire cart of merchandise into the women's restroom and used garbage cans as a makeshift barricade, according to the Charlotte County Sheriff's Office.

The manager called 911 around 7:30 p.m. and yelled to Perkins that deputies were on the way. Deputies arrived, along with the fire department for backup.

Deputies saw Perkins several times as they removed tiles, but they say she ignored their commands to give up and kept moving throughout the ceiling.

The store was evacuated as authorities searched for Perkins, with the fire department using ladders and a thermal imaging system to aid in the search.

During the search one deputy located Perkins' purse in the ceiling and found a spoon with a white residue on it, later identified as Morphine, and three syringes inside.

The search for Perkins was called off around 12:20 a.m. with one deputy staying inside the store for surveillance. Perkins climbed out of the ceiling and down a stack of shelves at 1:40 a.m., and was arrested when she reached the ground.

She is charged with felony criminal mischief, petit theft, possession of drug paraphernalia, resisting a merchant and resisting law enforcement without violence.

The Big Lots suffered significant damage to its ceiling, duct work and dry wall. It will be closed until repairs can be made.