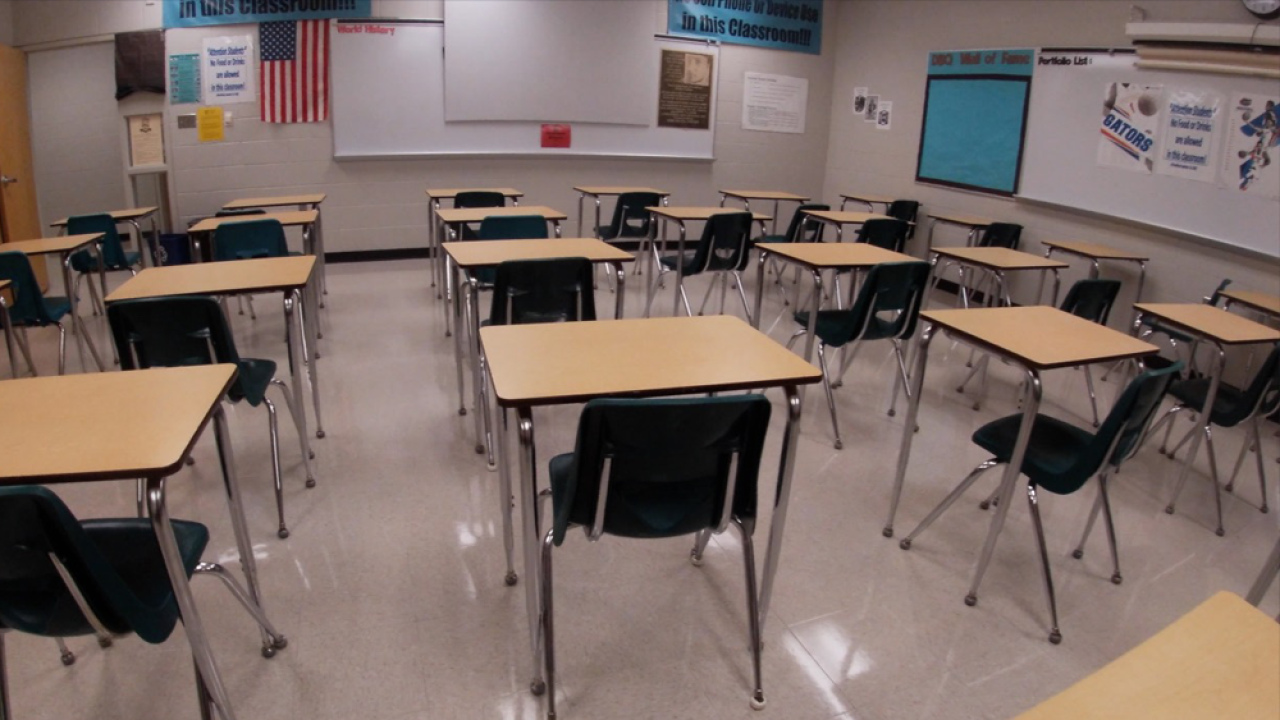 PALM COAST, Fla. (AP) — A teacher was arrested on Wednesday after physically removing a student from the classroom in a central Florida middle school after refusing to stop playing music on his computer, sheriff's officials said.

Jeffrey Paffumi, 47, picked the 14-year-old student up out of his chair, carried him into the hallway and pushed him, according to a statement released by the Flagler County Sheriff's Office.

Paffumi is charged with simple battery, which is a misdemeanor.

The student used an expletive, telling the teacher to put down his computer.

The student told investigators he was put in a choke hold by the teacher, but his airway was never restricted. The student had no marks or bruises on his body, the report states.

Paffumi was released on a $500 bond. Jail records did not list a lawyer for him.