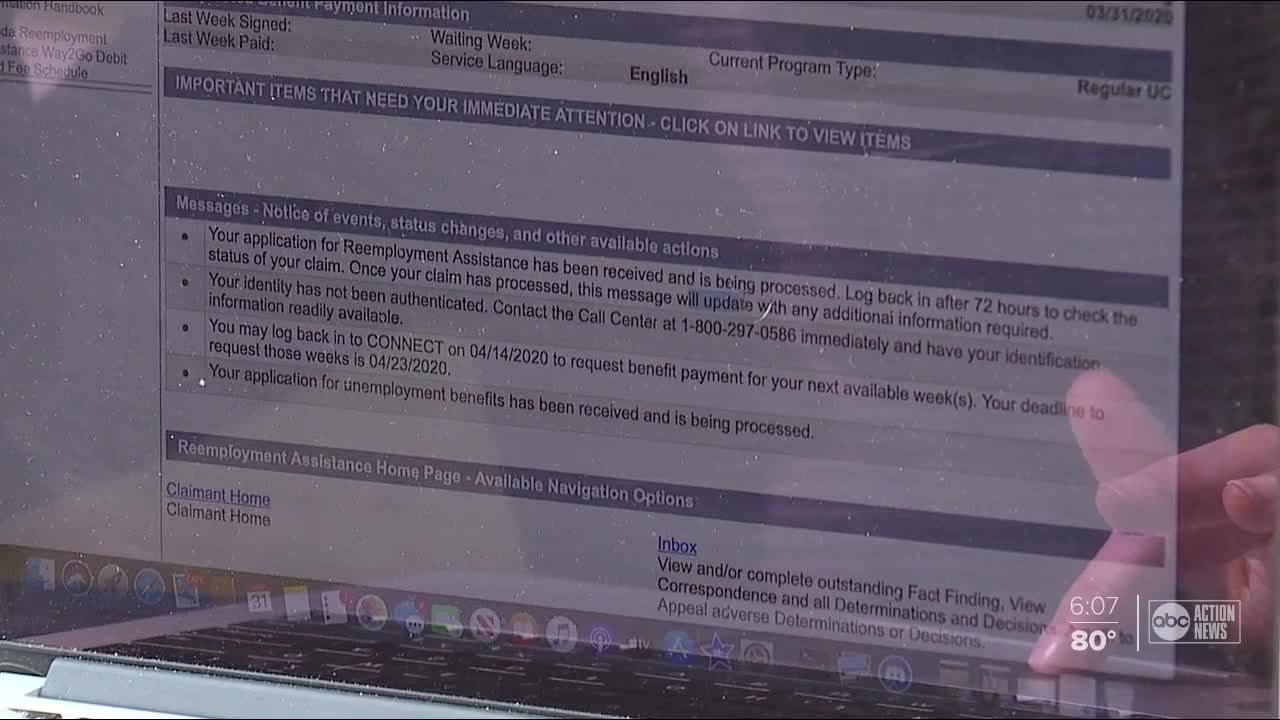 Uncertainty is taking over for so many folks who can’t seem to get through the application process without being kicked off the website. 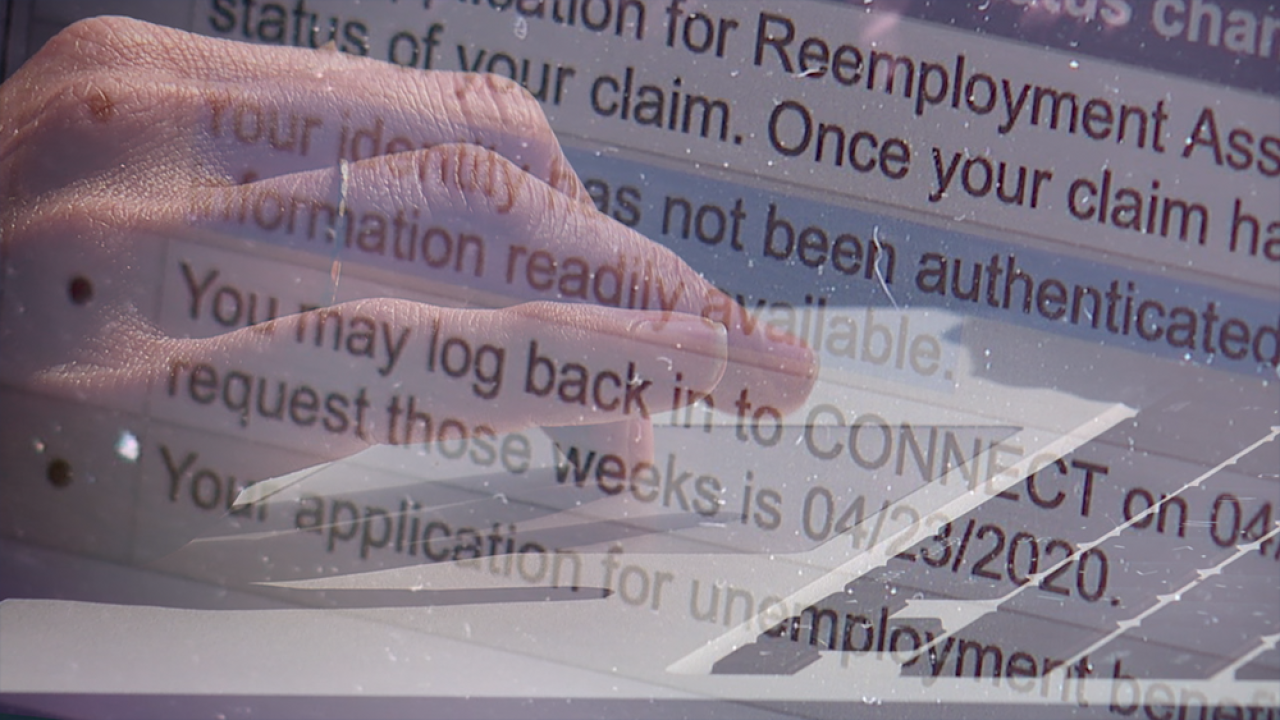 TAMPA, Fla. -- As people continue to lose their jobs and the unemployment rate ticks higher, the process to apply for benefits in Florida is becoming incredibly frustrating.

For the last week and a half Jade Seibert, who was furloughed from her job at Casa Tina’s in Dunedin, has described the application process as, “Frustrating,” she said.

“It just feels like everything is very up in the air right now,” said Seibart.

Uncertainty is taking over for so many folks who can’t seem to get through the application process without being kicked off the website.

Seibert started her application March 19 and just completed it this morning at 1 a.m. and that doesn’t include the countless calls in between to the Florida Department of Economic Opportunity to find out what was wrong.

“I counted yesterday before I tried calling again throughout the day and I was at 103,” she said.

Labor and Employment attorney, Ryan Barack’s phone has been ringing off the hook too with people on the other line that have so many questions about the website.

Barack says the system was designed to re-employ people which is a major problem right now.

“There aren’t any jobs these people can get so the entire orientation of the system doesn’t work based on where we’re sitting right now,” he said.

Before the coronavirus pandemic, Barack says people who qualified for unemployment got $275 a week for 13 weeks. The duration depends on the unemployment rate.

With the emergency federal aid package folks will get an additional $600 a week but there’s still no timeline for how long those benefits will last.

“When this $600 additional payment expires the $275 per week that people will continue to receive isn’t going to be sufficient,” he said.

Which is why he believes as the state moves forward, lawmakers need to update the system and cater more to citizens in the state.

“We will get through this but it requires everyone working together,” he said.