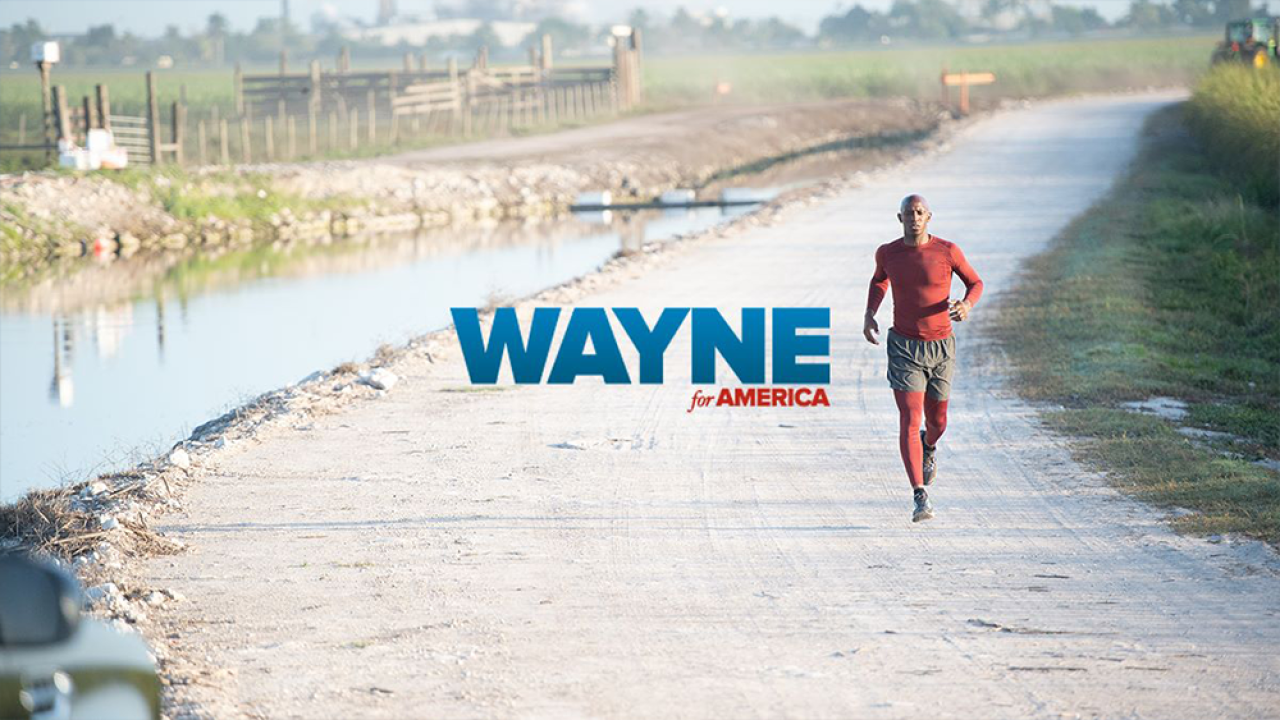 MIRAMAR, Fla. (AP) — Unless you are a Florida State University football fan, chances are you have never heard of the newest Democratic candidate for president -- but Wayne Messam is hoping to quickly change that.

The mayor of Miramar, Florida, Messam announced Thursday that he is joining the crowded field seeking to unseat President Donald Trump in next year's election.

Messam, who played for the Seminoles in the 1990s, believes Miramar has much that the rest of the United States would like to have -- environmentally-friendly development, high-end manufacturing and major corporate operations.

The 44-year-old construction company owner also knows why pundits say he won't win: low name recognition and funding; no sitting mayor has ever won the presidency; his lack of political experience and more.

But he is quick to respond with why he can.

Why does he have to be governor or a senator first? Trump wasn't.

Who says mayors don't have the necessary experience? Messam says he deals with infrastructure and business needs on a micro level in his Fort Lauderdale suburb, in ways that governors and senators don't. Most politicians also haven't run a small business for 20 years, he says, learning how to balance government regulations needed to protect the environment while allowing room for companies to prosper.

Messam also points out he is the only candidate from battleground Florida and the strategically important Deep South and his positions align with liberal voters. He favors universal health care, student loan forgiveness, infrastructure improvements, working to alleviate climate change and focusing education toward a high-tech future. He would repeal Trump's tax cuts for corporations and the wealthy to pay for it. He also would ban military-style rifles and tighten background checks for gun purchases.

"When people get elected into Washington with no local government experience, they are so high in the stratosphere that they have no concept, no consciousness of some of the local challenges that cities and communities face. And America is basically a network of cities and communities," Messam said.

Miramar, with 160,000 residents, is larger than the city of the more attention-getting mayor eyeing the race, Pete Buttigieg of South Bend, Indiana. And while South Bend, population 103,000, is known for the University of Notre Dame, Miramar holds the headquarters of Spirit Airlines and has satellite operations for Carnival and Royal Caribbean cruise lines and American Express.

Messam said the United States needs an economic plan that emphasizes educating adults and children to thrive amid ever-increasing automation, and one that better competes internationally.

"China just released a manifesto, a 50-year plan about their dominance and how the world is going to need China's exceptionalism and greatness and leadership. Where is our plan?" Messam said this week while cruising Miramar in his Cadillac Escalade.

Andy Oxenhorn, the president of JL Audio, said his 570-employee company manufacturers its high-end audio speakers in Miramar because Messam has maintained policies that predate the mayor, who was recently re-elected to a second four-year term. He said Messam, because of his proximity, understands the damage Trump's tariffs are causing his company, which now pays a 10-percent tax on imported parts. There are no U.S. parts manufacturers.

"He is business-friendly, he has people working for him who are encouraging to our business and are not putting up obstacles to us getting the job done," Oxenhorn said.

Messam grew up in South Bay, an agricultural town of 3,500 adjoining Lake Okeechobee. His parents emigrated from Jamaica -- his father cut sugar cane before becoming a farm mechanic. His mother was a cook and housekeeper. He starred at Glades Central High, a football powerhouse, before coach Bobby Bowden recruited him to Florida State.

A wide receiver, he played on the Seminoles' 1993 national championship team and had six catches for 103 yards in their 1996 Orange Bowl win over Notre Dame. After graduating with a degree in management information systems, he and his wife, Angela, started Messam Construction, which focuses on energy-efficient schools and government projects. They have three children in college.

His strategist, Phillip Thompson, believes Messam's story will resonate in South Carolina, a key early primary state the campaign is focusing on to create momentum elsewhere. The Democratic electorate is 60 percent African-American, much of the state is rural, college football is king and Messam is visiting the state frequently, courting local party officials.

If Messam gets traction there, Thompson believes, he will qualify for the party's televised debates, putting him in front of a national audience.

"I don't know what group his supporters would be," Seawright said. "I've learned never to count anyone out because you'll learn you can't count, but he faces challenges."