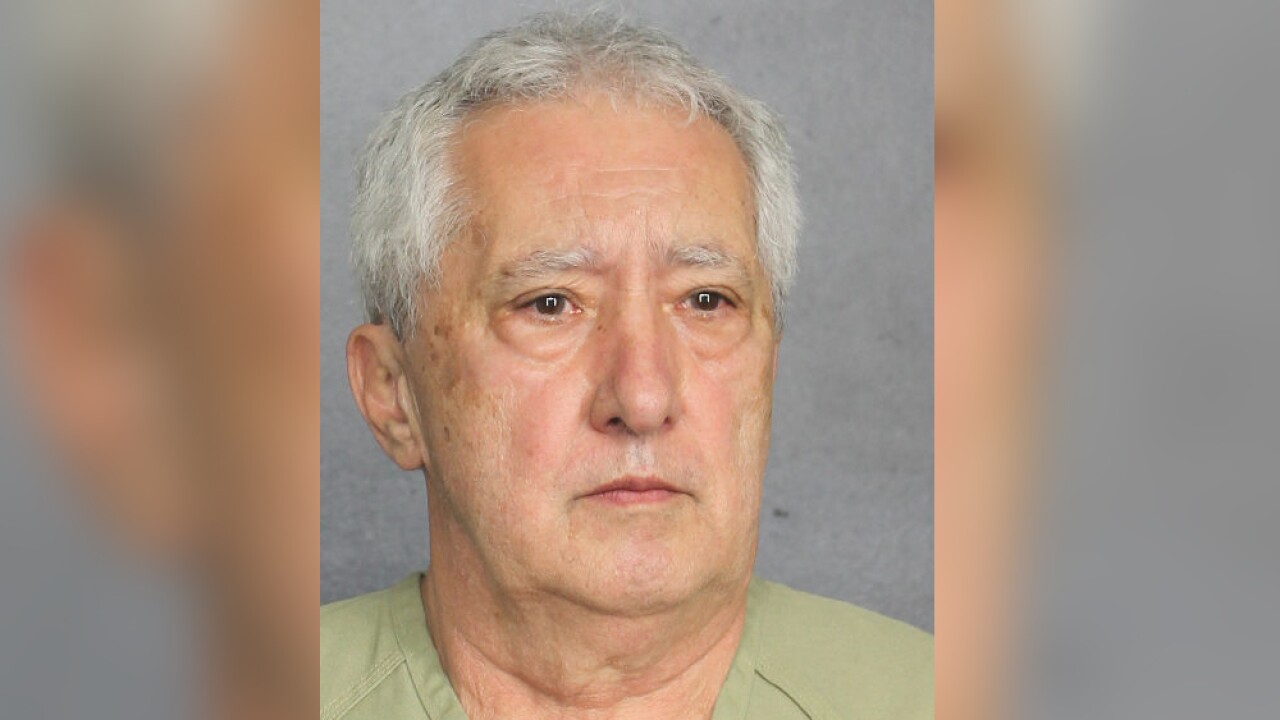 PLANTATION, Fla. (AP) — Authorities say a 73-year-old man shot his wife in the face inside their Florida home, and then walked to a neighbor's house and confessed that he'd killed her.

The SunSentinel reports the neighbor called 911 on Tuesday night. De Baere had blood splatters on his legs and boxer shorts. He told police he and his wife were arguing over her interactions with a former coworker.

A police report says De Baere says he took issue with "the way that she was talking to him." When she wouldn't stop talking, he got the gun and shot her.