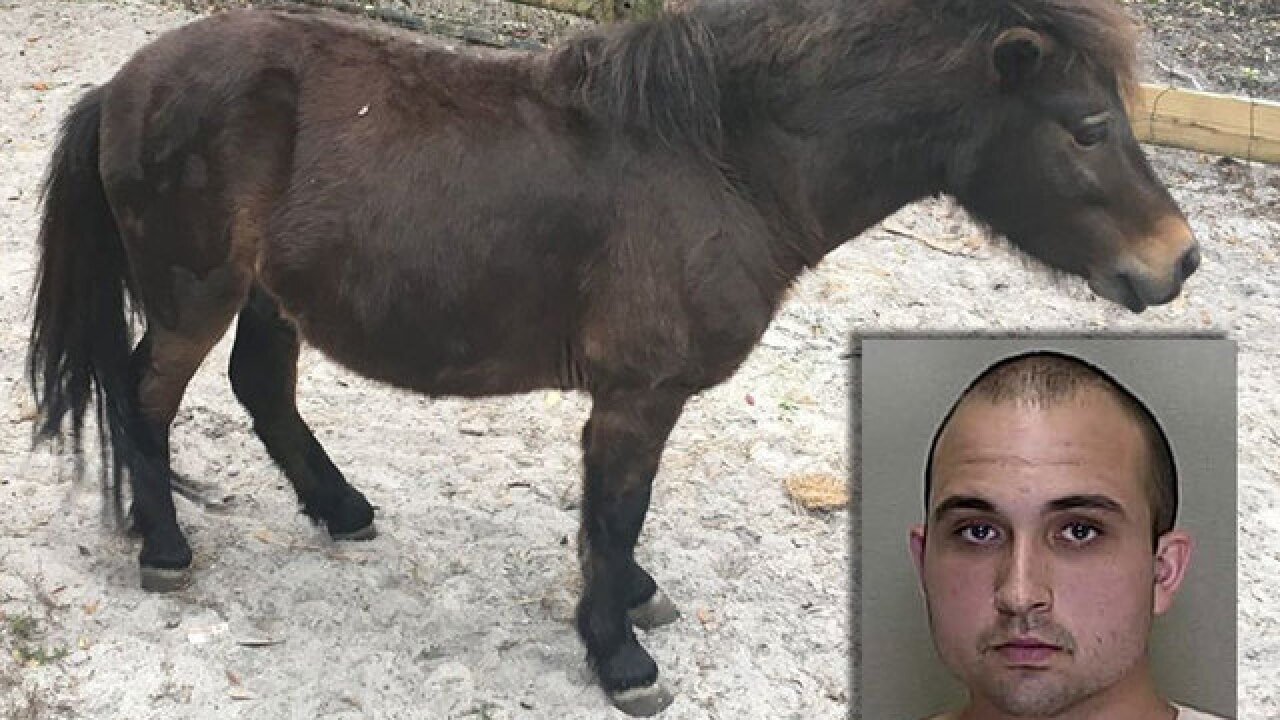 MARION COUNTY, Fla. — A Florida man has been arrested for having sex with a miniature horse on multiple occasions, deputies say.

According to the Marion County Sheriff's Office, 21-year-old Nicholas Anthony Sardo, of Citra, has been arrested and charged with four counts of bestiality/sexual contact with an animal.

Deputies say that on October 16, a witness came forward and reported that she had witnessed Sardo having sex with a miniature male pony named Jackie G in a pasture on a family member’s property three days earlier.

Another witness came forward saying she saw it as well, and she approached Sardo about what she had seen, according to the sheriff's office. Sardo immediately admitted to her that he had sex with the horse and also gave the same admission to a detective investigating the allegation.

Sardo added that he had sex with the horse four times during the course of a week, according to the detective. The sheriff's office stated in a press release that, "he used a condom each time because he didn’t want to get a disease from the horse."

Additionally, Sardo told the detective that he knew he was wrong for what he did and that, "he was a sick man," according to the sheriff's office.

One of Sardo’s family members is the owner of the horse and the horse is currently under their care. Stipulations of Sardo’s future contact with the horse could be determined by a judge in the near future.

Sardo is currently being held in the Marion County Jail.