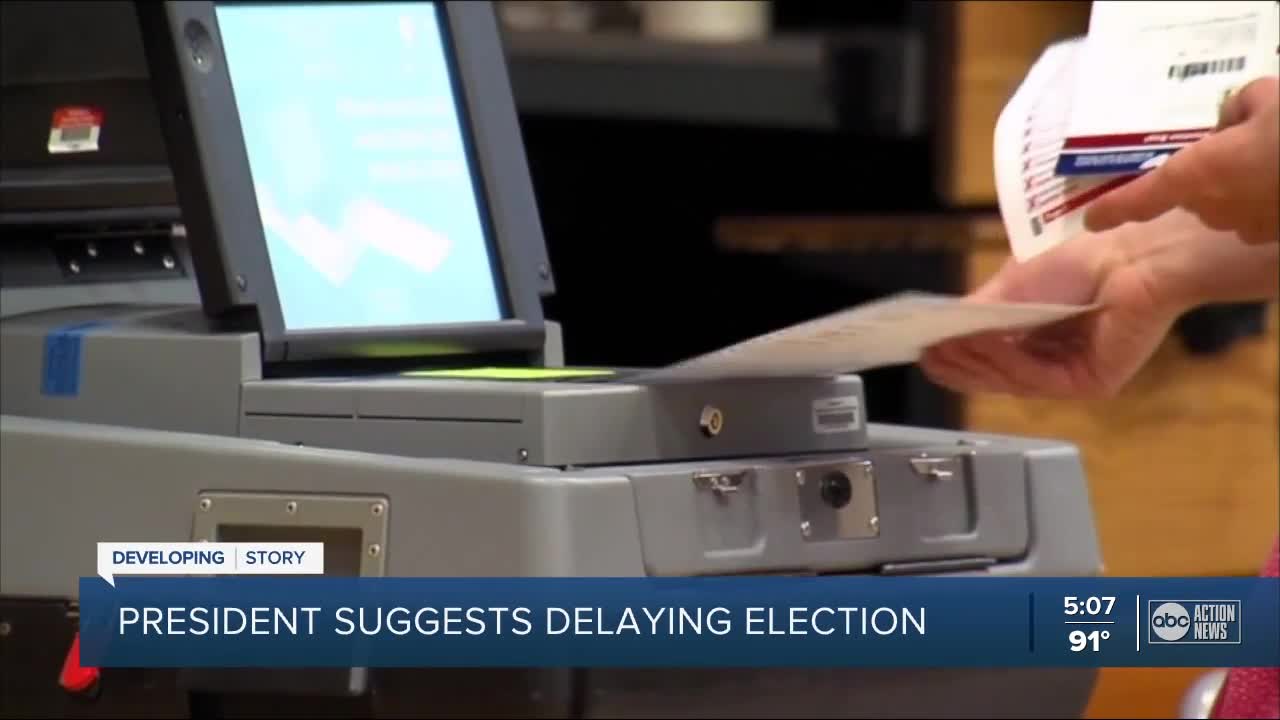 Florida lawmakers are reacting after President Donald Trump suggested delaying the 2020 presidential election in a tweet on Thursday. 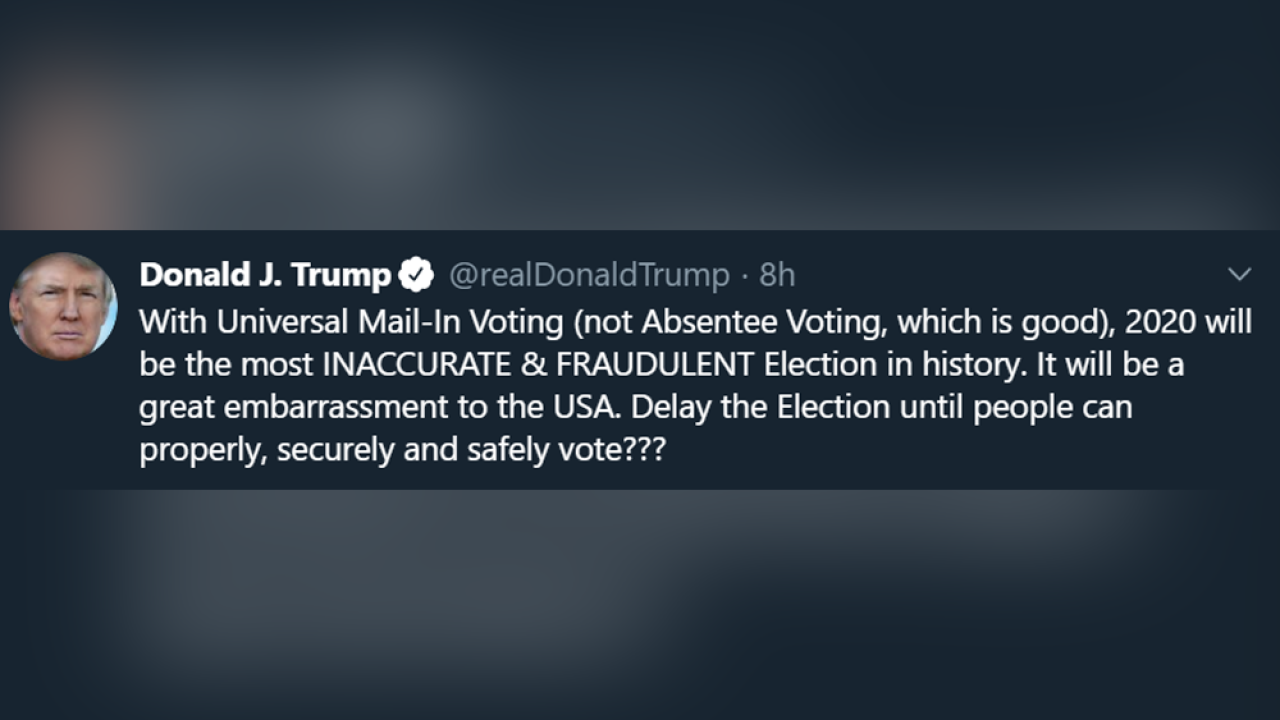 TAMPA, Fla. — Florida lawmakers are reacting after President Donald Trump suggested delaying the 2020 presidential election in a tweet on Thursday.

Along with President Trump's suggestion, he attacked mail-in voting, without evidence, by saying it would lead to the "most INACCURATE & FRAUDULENT Election in history."

With Universal Mail-In Voting (not Absentee Voting, which is good), 2020 will be the most INACCURATE & FRAUDULENT Election in history. It will be a great embarrassment to the USA. Delay the Election until people can properly, securely and safely vote???

Despite Trump's suggestion, it's important to note that the president cannot just change the election day. The date of the general election has been a matter of federal law since 1845, and it would require an act of congress to delay past the first Tuesday of November.

Below is how several Florida lawmakers are reacting to Trump's suggestion:

"[I] do not support postponing the election." — Senator Rick Scott

"Since 1845, we’ve had an election on the first Tuesday after November first and we’re going to have one again this year.

I wish he hadn’t said that, but it’s not going to change. We’re going to have an election in November and people should have confidence in it.” — Senator Marco Rubio

“Ridiculous. Trump says these outlandish things to distract from his outright failure to control the coronavirus and the grim human and economic toll. Florida set another record for reported coronavirus-related deaths for a third straight day - that should be the president’s focus right now.” — Rep. Kathy Castor

“I recently spoke with our local Supervisors of Elections - Brian Corley in Pasco County and Julie Marcus in Pinellas County. These are capable and dedicated public servants who have demonstrated over and over again that the professionalism and integrity of their offices results in electoral success for Tampa Bay area voters. I am confident that we will be ready to vote come November 3.” — Congressman Gus Bilirakis

"Congress decides election date, not Pres Trump, & we’re not changing it. His false comments about elections & vote by mail are right out of a dictator’s playbook & show he’s unfit for office. We cannot elect VP Joe Biden & turn the page on this disastrous presidency soon enough." — Congressman Darren Soto via Twitter