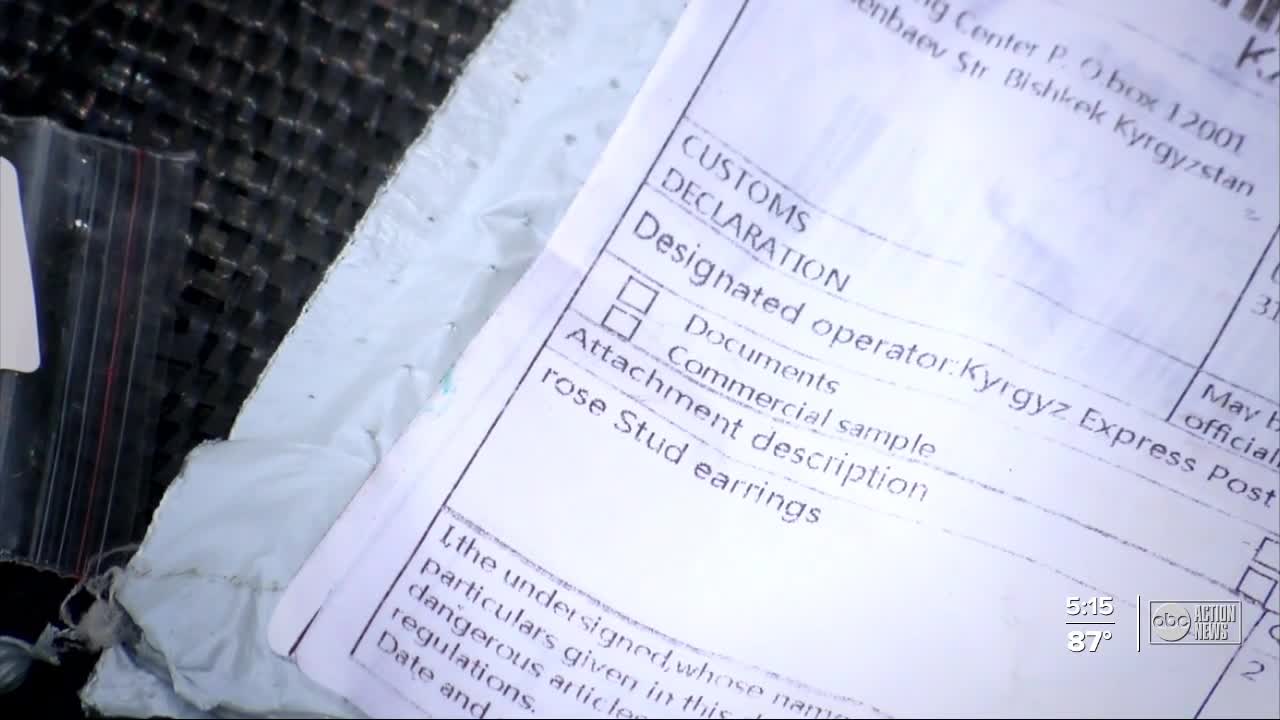 The Florida Department of Agriculture and Consumer Services is warning Floridians about packages of seeds received through the mail. 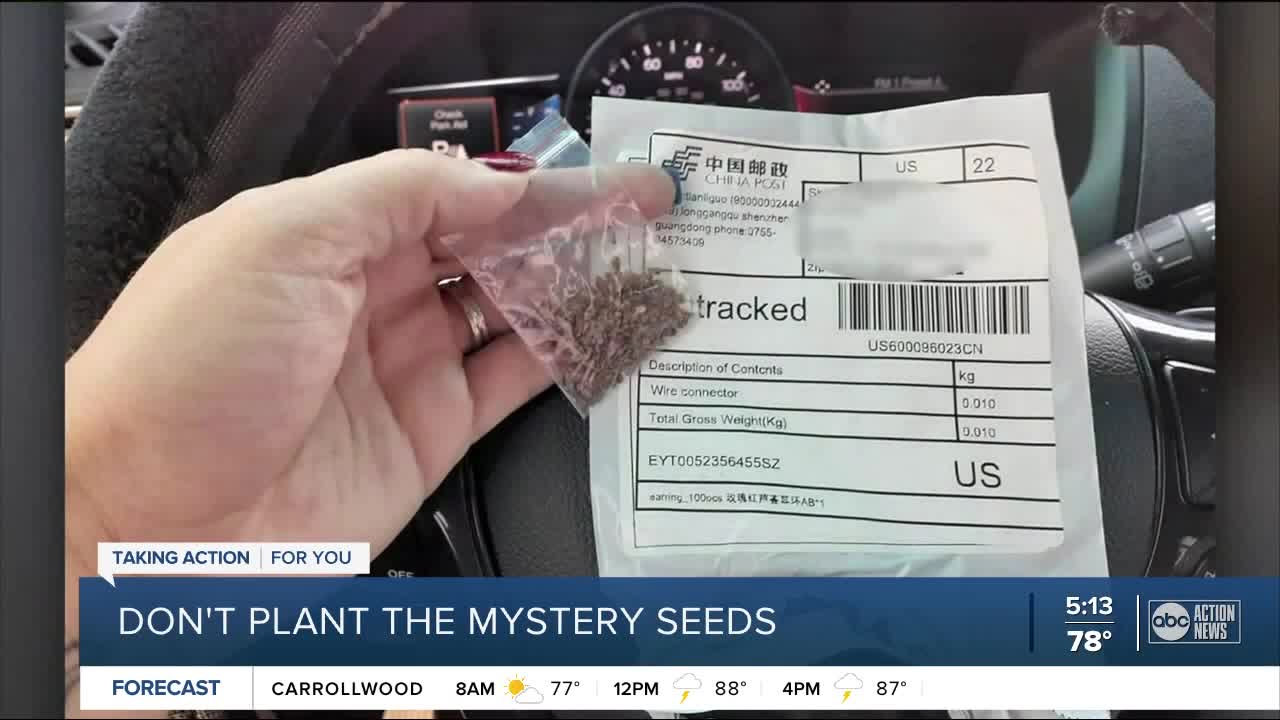 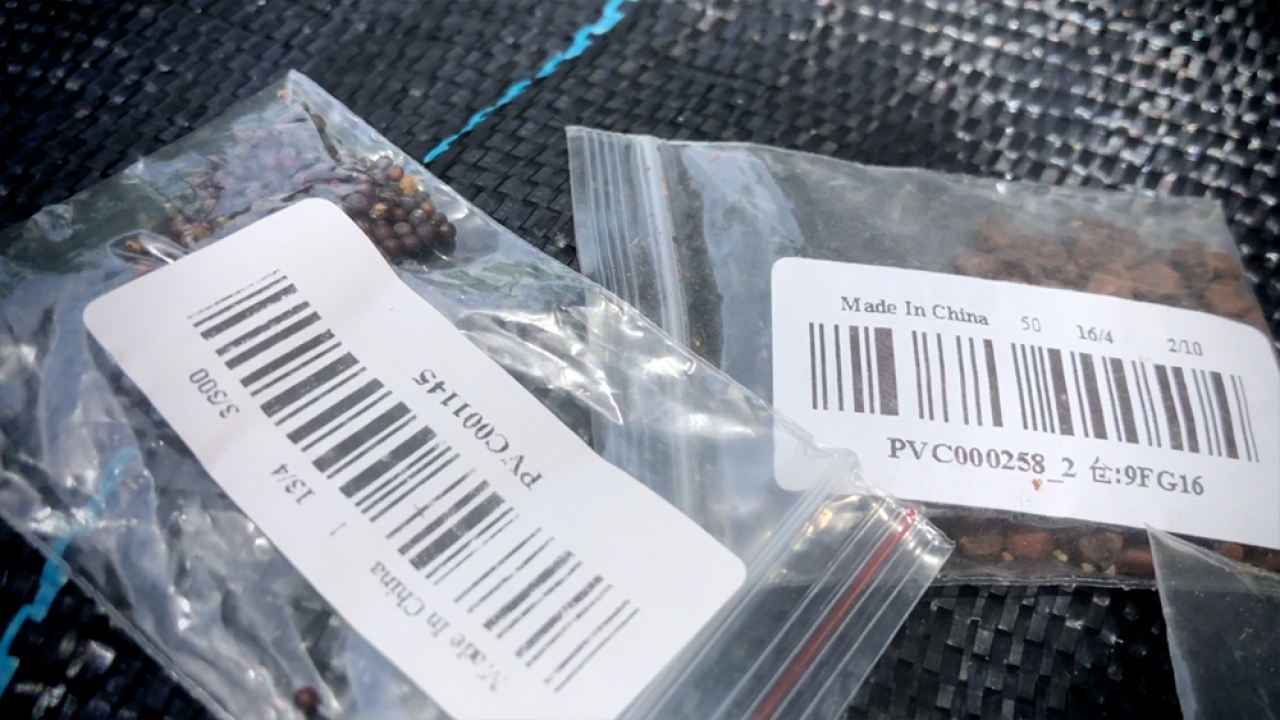 TAMPA, Fla. — The Florida Department of Agriculture and Consumer Services is warning Floridians about packages of seeds received through the mail.

The seed packets, which may arrive unexpectedly, are coming from China. They may have the name China Post and may be labeled as jewelry.

“I allowed my wife to open them up and she was really disappointed when it wasn’t Rose stud earrings but in fact were seeds," said Matt Weidner, who has a small farm in St. Petersburg.

He says he received three separate packages with seeds in one week.

“I didn’t give them to my wife that [second] time because I didn’t want to get slapped," he laughed.

As many as 631 Floridian's have reported receiving the packages.

The packages have also been reported in multiple states including Virginia, Kansas, Washington, Oklahoma, Louisiana, Utah and others.

As of Monday, July 27, the FDACS has received at least 160 reports from Florida residents reporting suspicious seed packages. The content of the seed packages is unknown at this time.

The seeds may be invasive, they may introduce pathogens, toxins or plant and animal diseases. They may pose a risk of foodborne illness and may pose a threat to plant, animal and human health.

“When you think about seeds and the ability to introduce bad things into our food supply system, you really understand that this could be something very serious," said Weidner. “Those are the types of things that keep farmers and gardeners up at night."

“Plant seeds from unknown sources may introduce dangerous pathogens, diseases, or invasive species into Florida, putting agriculture and our state’s plant, animal, and human health at risk,” said Florida Agriculture Commissioner Nikki Fried. “Anyone receiving these suspicious seed packets should not open them, should not plant them, should limit contact with them, and should report them immediately to both our department and USDA officials.”

What To Do: Anyone receiving unsolicited seed packages from other countries should follow these directions:

When reporting the seed package to FDACS and USDA/APHIS, please be prepared to provide one’s name, physical address, phone number, and email address for contact purposes.