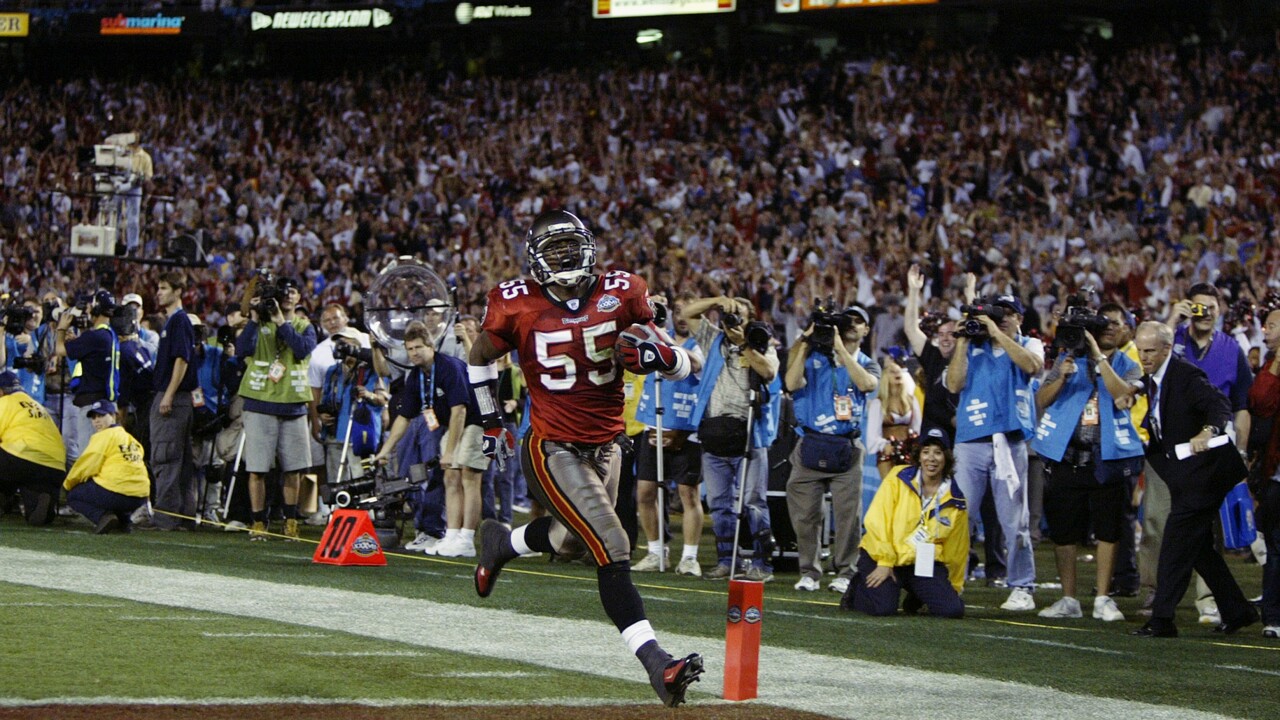 Al Bello/Getty Images
SAN DIEGO - JANUARY 26: Linebacker Derrick Brooks #55 of the Tampa Bay Buccaneers picks up a fumble by Oakland Raiders quarterback Rich Gannon and runs it in for a fourth quarter touchdown during Super Bowl XXXVII at Qualcomm Stadium on January 26, 2003 in San Diego, California. The Buccaneers defeated the Raiders 48-21. (Photo by Al Bello/Getty Images)

TAMPA, Fla. — The upcoming NFL season is the 100th in the National Football League's history.

The Tampa Bay Buccaneers have only been a part of it for 43 years, but in honor of the centennial NFL season, the league's teams are celebrating by identifying the biggest moments in their history.

You can vote for your favorite Bucs moment here. Here are the four options:

To read more about each amazing moment and cast your vote, click here.