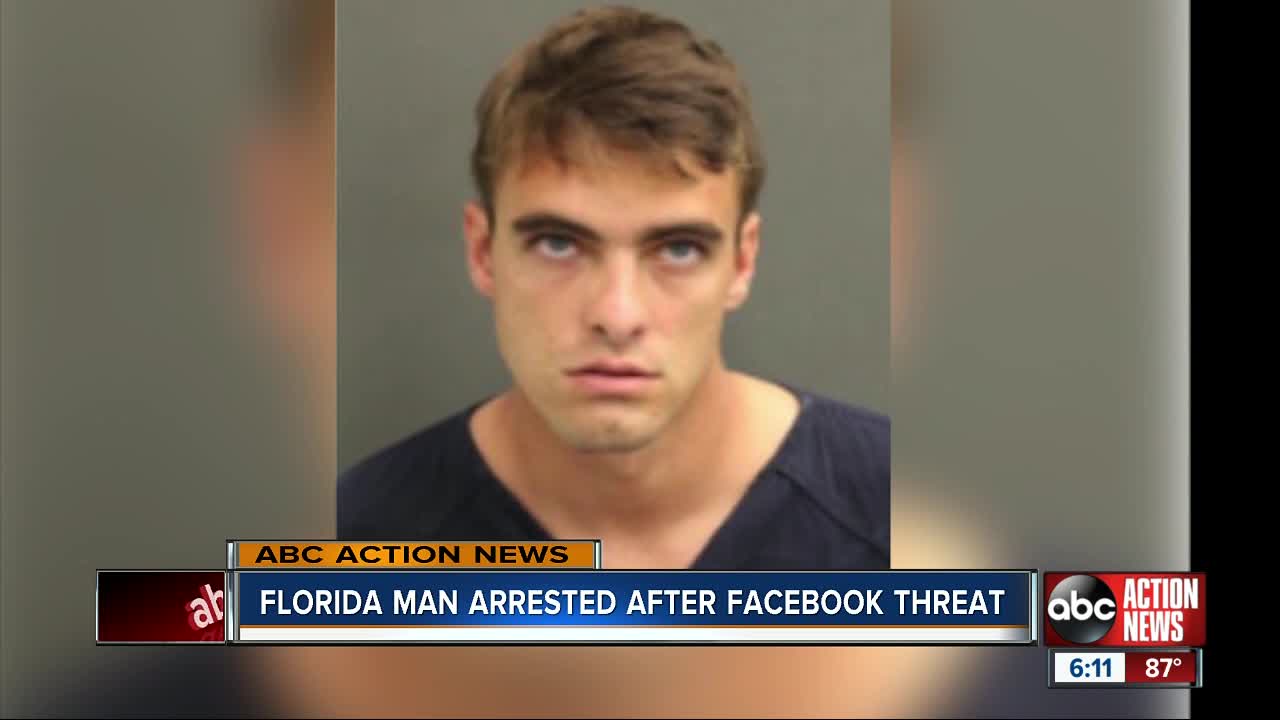 WINTER PARK, Fla. — A central Florida man is facing charges after posting threats on Facebook, according to FDLE.

The investigation into 26-year-old Richard Clayton began after he wrote, “3 more days of probation left then I get my AR-15 back. Don’t go to Walmart next week," authorities say.

Investigators say he appears to believe in the white supremacist ideology and has a history of posting threats online using fake accounts.

"Law enforcement has zero tolerance for threats being made and will utilize the full force of the Joint Terrorism Task Force to ensure the public's safety," authorities say. ''If you see something, say something. Call 855-FLA-SAFE or 911 to report suspicious activity."

Clayton is behind bars at the Orange County Jail. He is charged with sending a written threat to kill.

This comes a week after two mass shootings just hours apart took the lives of dozens of people. In El Paso, a shooting at a Walmart killed 22 people. In Dayton, 9 people were killed when a shooter opened fire in a popular nightlife district.

RECOMMENDED: Family of Dayton shooter 'shocked and devastated' after losing both children in one night