The Charlotte County Sheriff's Office is reporting that K9 "Edo" has been found dead in North Port. 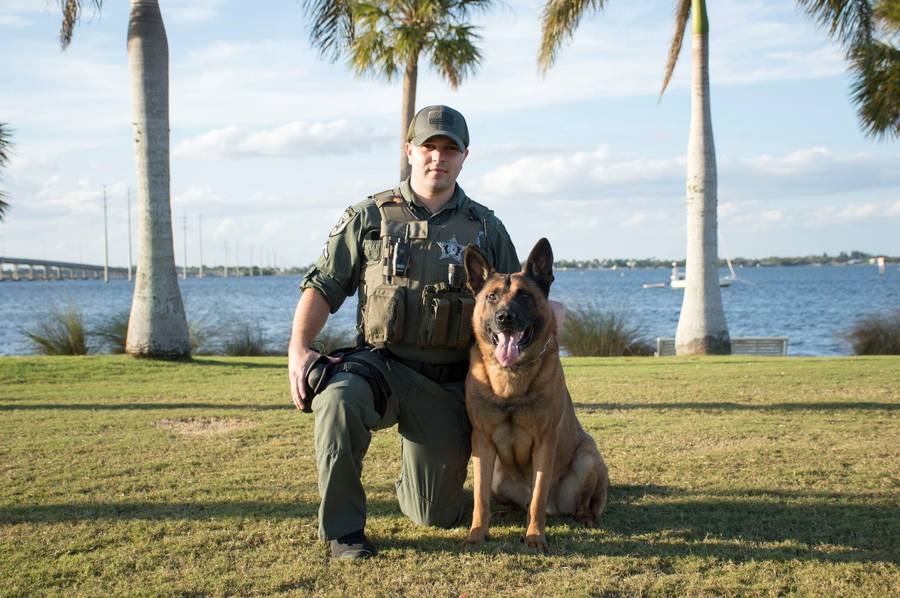 He was found less than a half mile from his handler's home. Sarasota Animal Services completed a necropsy and preliminary results show the internal injuries to Edo are consistent with being hit by a car.

The North Port Police Department shared the press release on Twitter on Monday.

The Sheriff's Office says "We are overwhelmed by the support we have received from the community while searching for K9 Edo, both in North Port and Charlotte County." Sheriff Bill Prummell says "This was not the outcome we had hoped for, and our thoughts and prayers are with the handler and his family at this time."

Sad News. Here is release from @CCSOFLSheriff . We are continuing to investigate this case. More info to come. Avoid area of Cranberry Blvd and Lemay Ln. Detours for crime scene. pic.twitter.com/5GqOVeOuFt

Edo had been missing from the area of Cranberry Ave and Tamiami trail since Saturday evening. He was last seen in his kennel at approximately 8 p.m. Saturday.

UPDATE: Officers w/ NPPD, more than a dozen Volunteer Service Aids, & more than a a dozen CCSO representatives have been out looking for Edo. Residents may also notice a drone in the Cranberry Ave area. Any info on K9 Edo's location, please contact CCSO at 941-639-0013. pic.twitter.com/Bcd8gfpdhs

The Charlotte County Sheriff’s Office says Edo's handler is now under internal investigation by the agency.