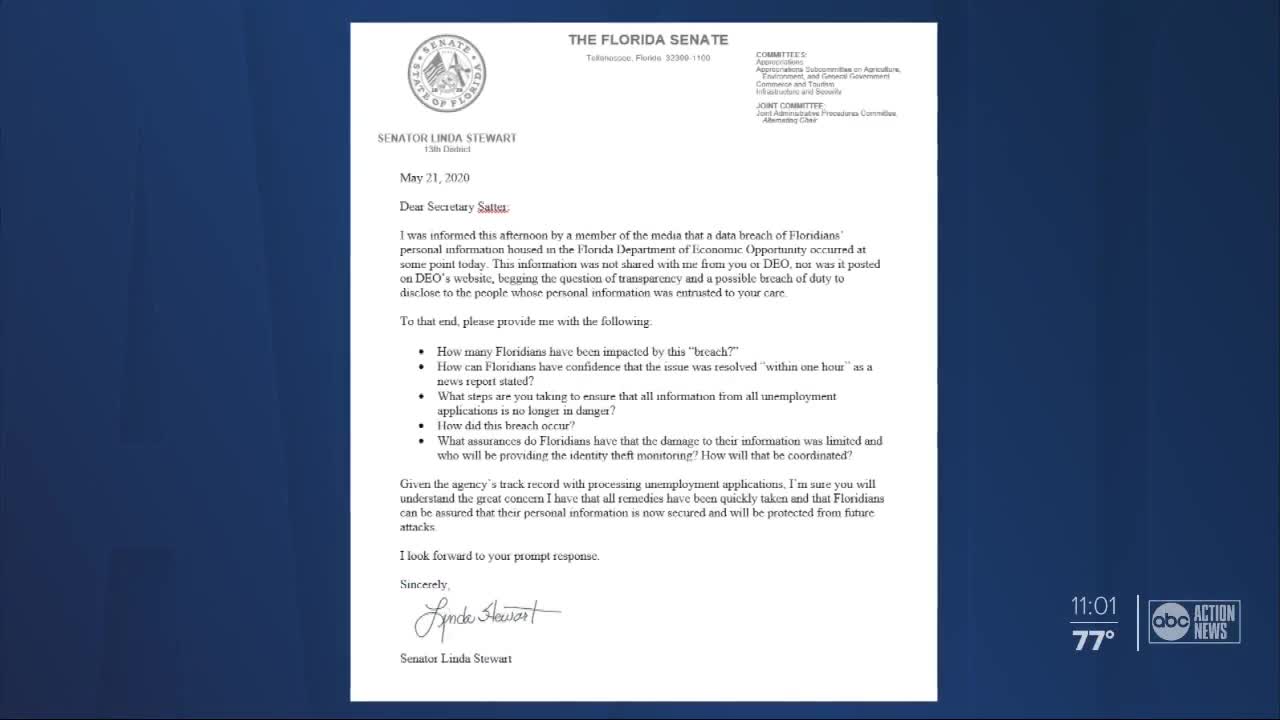 The Department of Economic Opportunity (DEO) says it has notified nearly 100 Floridians whose data may have been breached. 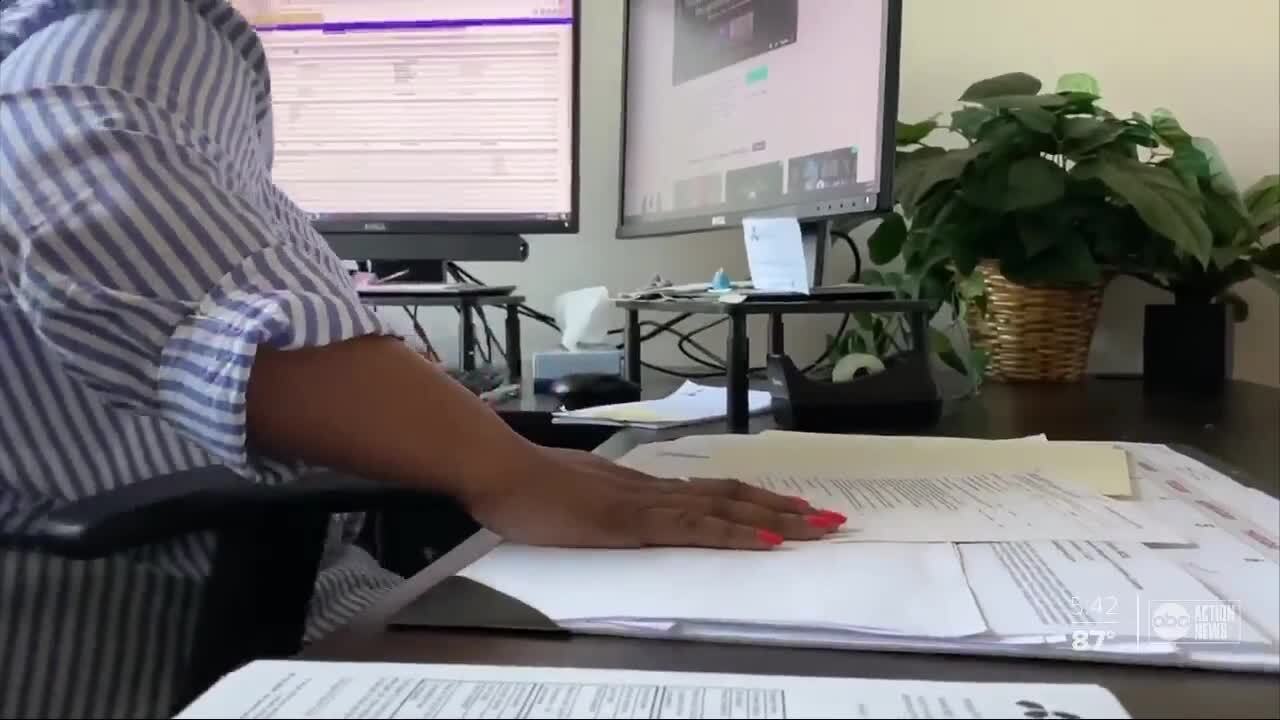 TALLAHASSEE, Fla. -- The Department of Economic Opportunity (DEO) says it has notified nearly 100 Floridians whose data may have been breached.

The DEO says the issue was addressed within one hour after they became aware of the incident.

In an abundance of caution, the department says it is making identity protection services available at no charge to affected individuals and have advised them to report any unauthorized activity on their financial accounts.

RECOMMENDED: DEO says you must log into CONNECT every two weeks to claim unemployment benefits

They say at this time they have not received any reports of malicious activity.

This story is developing. Stay with ABC Action News for updates.