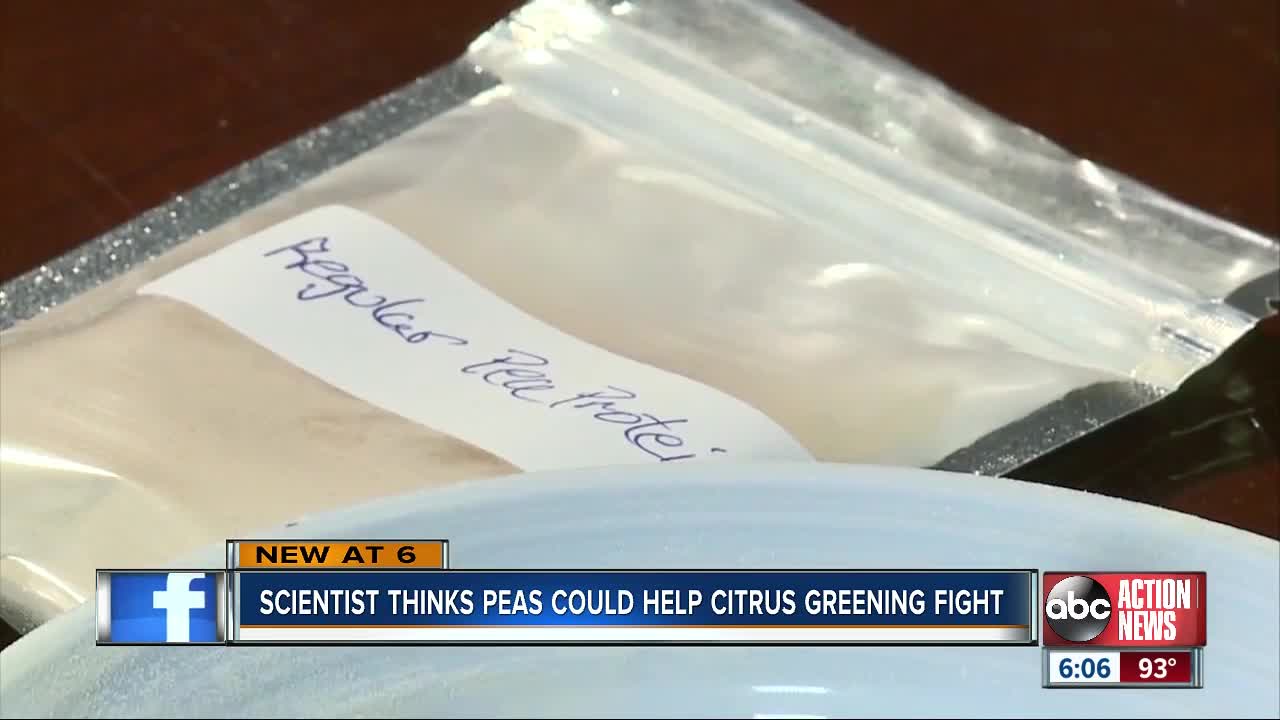 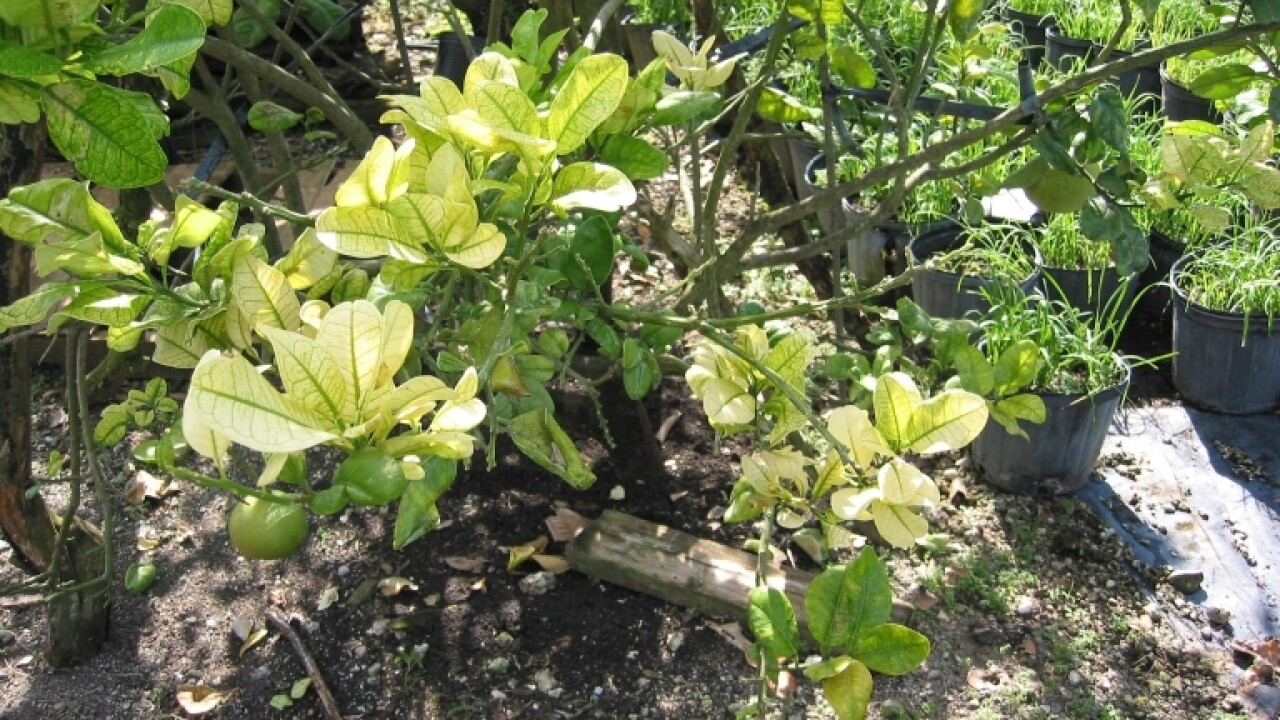 Joe Laffin, of Jones Laffin Co., recently developed a powder made by restructuring pea molecules in a Georgia-based lab. When added to juices, he says the powder blocks bitter flavors and lets sweet ones through.

“You don’t typically associate oranges and peas, ok?” Laffin said with a chuckle. “It loses that essence of a pea when it goes into the juice. It takes on what orange flavor is in there.”

Laffin thinks the stuff could give new life to bad-tasting oranges, tainted by citrus greening.

The disease has become a major issue in Florida, infecting an estimated 80% of commercial trees, according to a 2016 University of Florida survey. Growers are now producing about a third of what they did in the 90s.

Citrus greening is caused by an insect called the Asian citrus psyllid. The bug eats the leaves and stems of trees, infecting them with bacteria which reduces yield and turns fruit a foul flavor.

The state’s highest-ranking ag officials are working to fight back.

“We’re continuing all the research to either combat greening or at least prolong the impacts," Florida Ag Commissioner Nikki Fried said. "Or, to find earlier detection.”

But, research takes time. Laffin hopes his additive can be a crutch until a solution arrives.

“What we’re doing is restoring," he said. "It has a way of restoring what the citrus greening is removing. It’s that good taste, that identifiable orange taste.”

The powder still needs FDA approval and a company willing to try it.

Laffin is working with the USDA to test the additive and see what consumers think. He expects results in the next year. If the research is favorable, Laffin will look to market the creation.